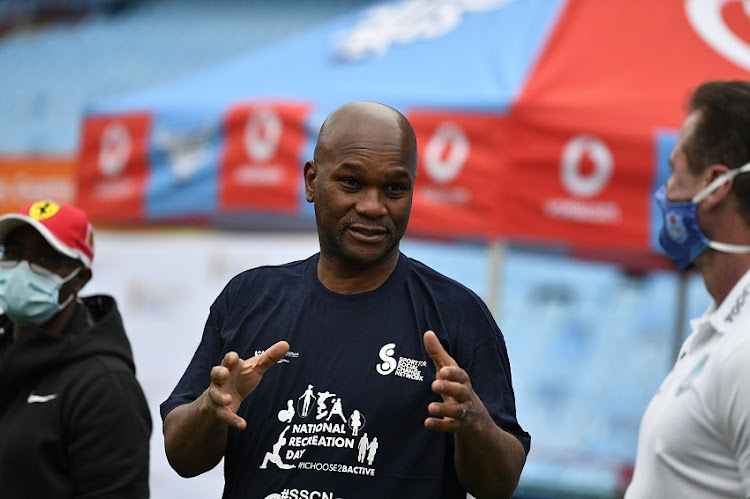 In the initial three-month period the interim board will be in place‚ one of the decisions that has to be made is with regards to the annual general meeting (AGM) that was set for December 5.

Mthethwa‚ who has faith in the group chaired by retired justice Zak Yacoob‚ said it doesn’t look like the AGM will go ahead.

“This team is going to look into everything‚ including the decisions taken by the board that resigned. In all practicalities‚ there’s no way the said date would remain as the AGM’s date‚” Mthethwa said.

Haroon Lorgat back at Cricket SA

Former ICC and CSA chief executive officer Haroon Lorgat is back at CSA‚ albeit in a temporary capacity on the nine-member interim board that was ...
Sport
1 year ago

“We have to deal with problems and their root causes‚ which could have been avoided had people listened and did what was needed of them. This board isn’t going to have any holy cows and won‘t be bound by decisions that won’t be in the best interests of cricket.

"They must ensure our objective of clean corporative governance is met. The criticism we’ve had levelled against the former board with regards to the lack of decisiveness and leadership where the centre wasn’t holding must be a thing of the past.”

This board isn’t going to have any holy cows and won‘t be bound by decisions that won’t be in the best interests of cricket.

Mthethwa has always taken umbrage about the discreet nature of the Fundudzi-authored forensic report that has been at the heart of CSA’s troubles.

The interim board will be reporting to the member’s council‚ but the rules of engagement with regards to the conflicts of interests that could arise have been made clear.

Mthethwa was of the view that the report‚ which he’s seen and has been handed over to the parliamentary sports portfolio committee‚ holds the key to CSA’s improvement as an organisation.

“Let me take the Fundudzi report, for example. This thing of having a report that’s a secret document must come to an end. It must be a document that’s understood‚ scrutinised and has the recommendations implemented‚” Mthethwa said.

"There must also be the liberty to look at the report itself critically so everything can be dealt with.

“I agree with the International Cricket Council CEO, who responded to me that there must be a way of collaboration between government and cricket in SA. This process is the product of this collaboration.”

Former Cricket SA acting CEO Jacques Faul: 'I don’t think it was this bad in 2012 to be fair'

Former Cricket South Africa (CSA) acting CEO Jacques Faul says the game in the country has lost credibility and those in leadership positions must ...
Sport
1 year ago

What's next for Cricket SA? Sports ministry to put together a task team

Sports‚ arts and culture minister Nathi Mthethwa said Cricket SA’s board did the right thing by vacating their positions ahead of the Tuesday ...
Sport
1 year ago