Boks return for Western Province for clash against Sharks in Durban 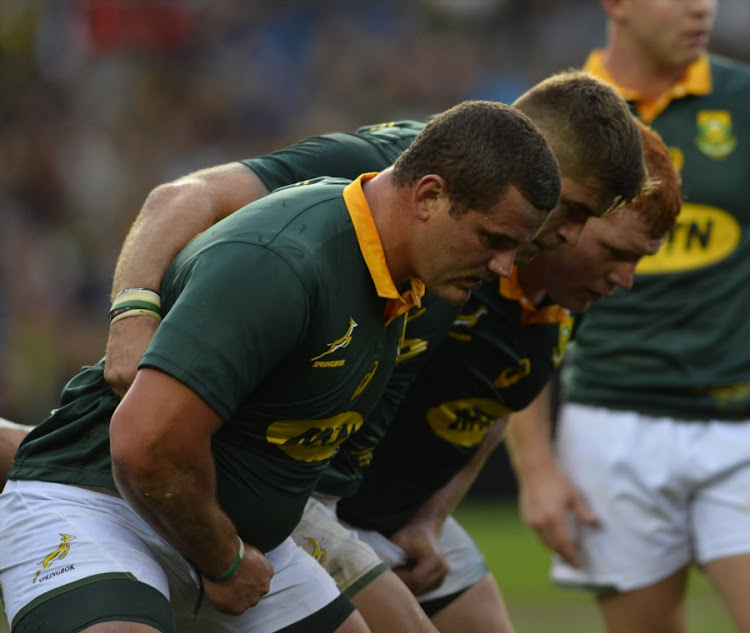 The Cape side need to win to ensure they make the semifinals and Dobson has turned to every available weapon to achieve the desired result.

Leyds and Louw both featured during the Springboks’ 25-24 loss to the All Blacks at Newlands on Saturday‚ with the latter making his Test debut.

The Sharks are already safely into the semifinals and will also host the final if they progress that far after a season that has seen them win 10 matches in a row.

Louw is at tighthead prop‚ alongside Bongi Mbonambi and JC Janse van Rensburg in the front row‚ while Leyds features on the wing‚ with Ruhan Nel moving to inside centre to partner Huw Jones in midfield.

The only other change to the starting lineup sees Jaco Coetzee on the flank for the coastal derby.

“We know that we need to raise our game as a team this weekend and the players will be going flat out to deliver the result‚” Dobson said.

“It will be a major challenge to go to Durban‚ but one that we have embraced as a team.”

Sharks coach Robert du Preez resisted the urge to rest players for the playoffs regardless of the fact that no other team can usurp their position on the log.

Lukhanyo Am returns from injury to take his place at centre‚ with Tristan Blewett shifting to the bench‚ in the only change to the team that defeated the Lions two weeks ago.

On the bench‚ Chiliboy Ralepelle and Jean-Luc du Preez return from Springbok commitments‚ while Louis Schreuder is back after missing the Lions match due to a family reason‚ and Kobus van Wyk is over the injury that sidelined him.

“The last thing you want to do is go into a semifinal having lost the last game. But for us‚ winning isn’t all we’re focusing on‚ but rather getting better from two weeks ago when we played the Lions‚” Sharks wing Odwa Ndungane said.

“We want to make sure we keep improving. We already have a guaranteed home semifinal‚ so there isn’t any pressure on us this weekend. But we want to go out and play well‚ to keep improving.”

SuperSport can better 50% conversion rate in cup finals in Durban

SuperSport United may have won back-to-back Nedbank Cup titles‚ but their overall record in knockout finals makes for mixed reading – including in ...
Sport
4 years ago

In last week's column I called for a huge improvement from the Springboks after they played against the All Blacks in Albany and, at Newlands on ...
Sport
4 years ago

If Makazole "Drex" Mapimpi found himself in Dillyn Leyds's position last week against the Wallabies, the mane pulling Israel Folau indulged in ...
Sport
4 years ago

Official: Van Graan takes over from Rassie at Munster

Sharks wing Odwa Ndungane is a rare player who has turned out in over a century of Super Rugby and Currie Cup matches and equally unusually‚ will ...
Sport
4 years ago