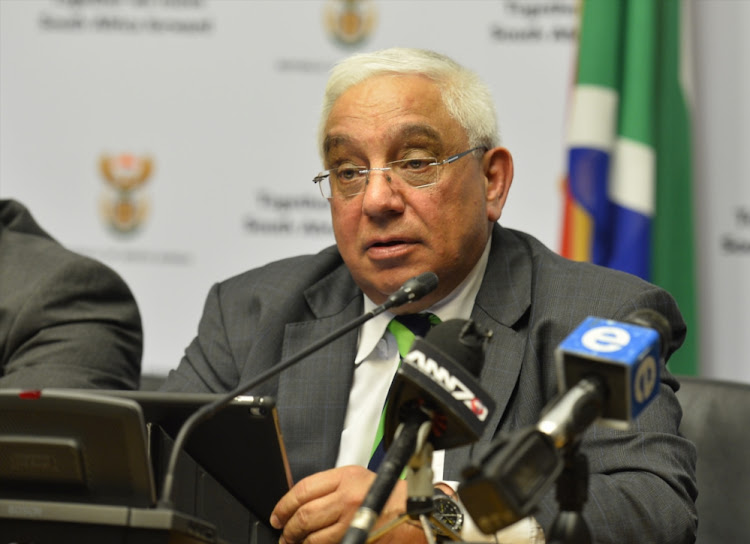 Rugby will be tarnished forever should South Africa fail to secure hosting rights for the 2023 Rugby World Cup (RWC) due to last minute horse trading.

That was the considered opinion SA Rugby president Mark Alexander expressed on Saturday amid an increasingly acrid atmosphere as World Rugby readies itself to unveil the hosts for the 2023 showpiece in London on Wednesday.

South Africa are in pole position after being declared World Rugby’s preferred host country following an exhaustive independent assessment process which is rumoured to have cost around half a billion pounds.

South Africa was adjudged to be best in three of the five key areas of scrutiny.

In the assessment they topped tournament organisation and schedule‚ venues and host cities‚ as well as tournament infrastructure.

The other contenders have not taken kindly to the recommendation.

First France cried foul‚ while the colourful prose emanating from the Emerald Island‚ paints them as a country green with envy.

The Irish Independent yesterday launched a withering attack on Alexander‚ in particular for this role in Durban’s botched attempt to host the 2022 Commonwealth Games.

Under the headline: “As World Rugby rakes its studs down our backs‚ we should be talking about Durban debacle”‚ the paper questions World Rugby’s independent recommendation.

They suggested the South African bid “is flawed on so many levels‚ not the least of which is the security rating given to South Africa by the World Cup review committee.

The article went on to hypothesise that the financial future of World Rugby may be at risk if South Africa bails out again.

“We have our challenges like any other country‚” SA Rugby’s boss acknowledged.

“We have factionalism in our country‚ Europe has terrorism. We all have our problems.”

“I do not want to comment on what these individuals have said because I don’t want to stoop to their level.

Alexander hopes amid the din‚ delegates will stick to the agreed upon process on Wednesday.

“We as the World Rugby council agreed on an independent process. The whole idea was that the process is above reproach.

“If the vote goes the other way (against South Africa) it will be a vote of no confidence in the World Cup rugby board.

"It would be an indictment on rugby. We don’t want horse trading now because it will tarnish the image of rugby.”

On Wednesday 39 votes will be cast via secret ballot to determine the next host.

“If there is a tie it will go into different rounds. You just need a clear majority‚” explained Alexander.

He reminded that South Africa is one of only two countries that can boast hosting the World Cup in rugby‚ cricket in soccer. England is the other.

“At the end of the day we expect the World Rugby council to apply their minds and uphold their fiduciary responsibility and make the correct decision that is good for rugby‚ whether it is in France‚ South Africa or Timbuktu.”

Springbok head coach Allister Coetzee may have clarity about who he deems his number one No2 but at some point he may have to develop some ...
Sport
3 years ago

Unlike other Springbok coaches who started strong but flagged as their tenure wore on, Allister Coetzee has picked himself up after a disastrous ...
Sport
3 years ago

The world may later this week recognise South Africa as great hosts but as tourists the Springboks under Allister Coetzee are going nowhere.
Sport
3 years ago

While Ireland will take a leap into the unknown the Springboks have pinned their midfield hopes on a centre pairing that last joined forces in 2015.
Sport
3 years ago