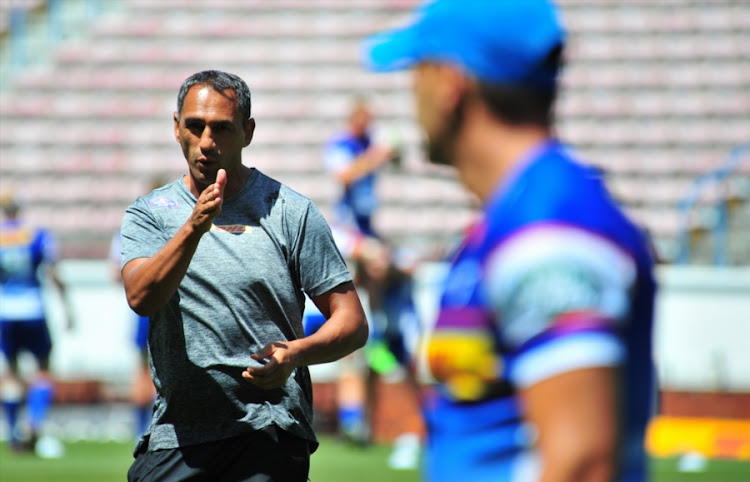 The Stormers‚ perhaps in a sign of the austere times at the union or possibly in an innovative move‚ have doubled up coaching roles with Paul Treu handling structured defence and attack.

Treu‚ the former Blitzbok coach when they won the 2008/09 World Sevens Series‚ has been the Stormers’ defence coach for the last three seasons‚ but that role has been expanded into attack.

Treu admitted that his role‚ and that of Kiwi skills coach Paul Feeney‚ had changed this season.

“In 2015 when I came in to the setup as the defence coach‚ I was tasked with implementation of aspects such as line speed and the overall defence system‚” Treu said.

“The way we finished in the 2017 quarterfinal against the Chiefs‚ was where we wanted to be with out defensive system [the Stormers lost 17-11 but only conceded on try against one of the most prolific attacks in the competition.

“Coach Robbie Fleck and Gert [director of rugby Gert Smal] wanted this season is to merge personalities to roles within the team.

“The unstructured part of attack and defence will fall under Paul Feeney.”

It’s all very technical but the rationale behind the changes is to make the coaching process more streamlined by not boxing individuals into one role.

Given that successful attack often hinges on effective defence‚ it’s a logical move.

“I’m quite excited about the change because when you’re only working on defence‚ it’s happening within a system and every week is similar‚” Treu admitted.

“Getting involved and stuck into the attacking side of it‚ there is more creativity in coaching‚ so I can’t wait for the season to start.

“Also‚ having focused on defence for three years has given me unique insight. I have been analysing all the attacking plays of the other teams and understand their attacking intent‚ which is now an advantage.

“Now that I’m doing both‚ I can reverse the roles. We want to stop their attacking plays and exploit their defensive setups so I hope it will be a benefit.

“When we made these changes‚ the idea was to have better collaboration between coaches so that everything isn’t happening in silos.

"We want to work as one unit and bring all these aspects together.

“Last year we were one of the best teams in terms of spending time in the opposition’s 22-metre area‚ but we struggled to score. That is something we have now highlighted and something we need to improve.”

The Stormers meet the Jaguares in a season opening match at Newlands on Saturday.

Stormers coach Robbie Fleck is relaxed about his position at the franchise despite increasing pressure on the Cape Town side to deliver some ...
Sport
4 years ago