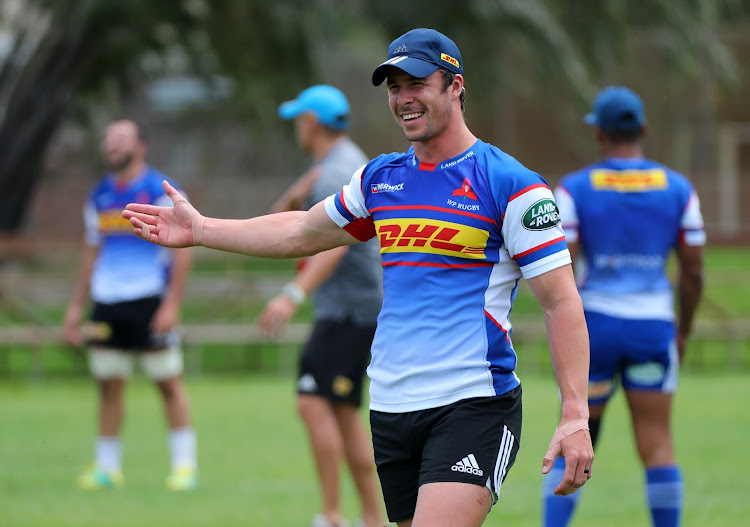 Ruhan Nel of Western Province during a training session at Bishops School in Cape Town on October 11, 2018.
Image: Chris Ricco/BackpagePix

Blitzboks star Ruhan Nel‚ who is in line to win a second Currie Cup with Western Province this weekend‚ has praised the old tournament for boosting his career.

Western Province meet the Sharks at Newlands Stadium in Cape Town in a repeat of last year’s King’s Park final in which Nel played alongside Scotland international Huw Jones in the midfield for the Cape side.

Nel‚ who has been a stalwart for the Blitzboks in recent years‚ believes that the right people are watching the Currie Cup and because of that‚ full Springbok recognition is possible.

Nel was called up to the Bok squad by national coach Rassie Erasmus during the home leg of the recent Rugby Championship‚ although he didn’t play.

He is likely to be included in the squad for the November tour to Britain and France‚ which will be named after Saturday’s final.

"The Currie Cup is definitely special‚ this year more than ever‚" Nel said.

"People have been saying that the Currie Cup is dead and it’s going downhill‚ but looking back at my journey this year‚ this is where coach Rassie saw something special in me.

"It’s a platform that I was given and through that I made the best of an opportunity I got for higher honours. I could easily have been in the match day 23 for Australia or New Zealand‚ so you never know.

"It just goes to show that the right eyes are watching you in the Currie Cup and I’m testament to that."

Bok wing Dillyn Leyds‚ who will feature in Saturday’s final‚ also backed the Currie Cup as a relevant tournament in the increasingly crowded rugby schedule.

Last week’s two semi-finals were thunderous battles‚ especially the one at Newlands where Western Province required extra time to beat the Blue Bulls 35-32.

"A lot has been said about the Currie Cup and the way it has gone on‚” Leyds said.

“We’re just thankful that people still want to turn up to Newlands and watch us play. We’ve done ourselves proud up until now to play this type of rugby and draw the crowds back to Newlands and hopefully this weekend we will see an even bigger crowd.

"The guys took a lot of energy from the crowd in those last 20 minutes of extra time [against the Blue Bulls]‚ so I think all is good and well with Currie Cup rugby."

Western Province thrashed the Sharks 50-28 in the Pool phase at Newlands last month‚ but assistant coach Dawie Snyman says they are not reading anything into that match.

‘It will be a different game to the last one‚” Snyman said.

“We put 50 points on the Sharks but at a stage‚ that game was quite tight at 31-28 where they still had the momentum.

“It is a new 80 minutes. If there is one thing we can take out‚ it is the opportunities we created. But we see it as 0-0 and take it from there.”