No Warren Whiteley again for the Lions 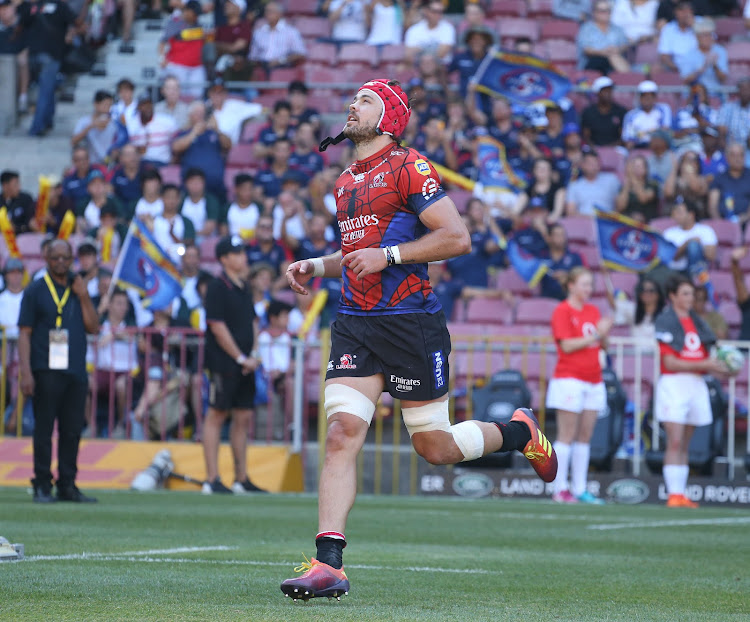 Warren Whiteley is back to lead the Emirates Lions for this week's Super Rugby round.
Image: Carl Fourie

Warren Whiteley’s injury enforced absence has again necessitated the Lions to go into Super Rugby battle with a reconfigured backrow.

This time it is a bone bruise on his knee that is keeping the regular captain out of Saturday’s match against the Highlanders‚ with Malcolm Marx set to resume his duties as stand-in captain.

Whiteley’s absence again comes as a huge blow to the side who is hoping to build momentum in the closing stages of the league campaign in Super Rugby.

Last week’s win over the Waratahs got them back into contention in the South African conference but Whiteley’s absence this week again leaves them vulnerable.

How valuable he is to the Lions’ cause cannot be underestimated.

The Sale Sharks have clearly become a home away from home for the Du Preez rugby family‚ with the twins Jean-luc and Daniel joining the Gallagher ...
Sport
3 years ago

Whiteley captained in the away wins over the Jaguares and the Chiefs and the most recent home win over the Waratahs.

He left the field with his team still in the lead against the Stormers in their defeat at Newlands in February‚ before returning eight weeks later for their win over the Chiefs.

He missed the defeats against the Bulls‚ the Sharks‚ the Brumbies and the Crusaders but was back for the win over the Waratahs.

Whiteley’s continued battle with injury may impact his prospects of being selected for Rassie Erasmus’s World Cup squad in Japan later this season.

There‚ however‚ is still enough scope in the remaining matches in Super Rugby for him to re-establish his credentials.

Lions coach Swys de Bruin has revamped his backrow with Kwagga Smith moving back to No8‚ while Cyle Brink and Marnus Schoeman are restored to the side of the scrum.

If there is one guarantee in Super Rugby‚ it is this: when a team plays against the Crusaders their defence‚ and by extension the defence coach‚ is ...
Sport
3 years ago

Smith has deputised for Whiteley at the back of the scrum with measured success this season‚ while Schoeman has punched above his weight in this campaign.

Brink is still trying to recapture his best form after recovery from a serious knee injury last month.

In the other change in the pack‚ loose head prop Dylan Smith returns to the starting line-up at the expense of Sti Sithole.

Although the Highlanders boast a combative pack‚ they also have inventive backs.

From an attacking perspective Lions’ replacement outside back Tyrone Green believes the Lions will face an even greater threat this weekend.

Junior Springbok captain Phendulani Buthelezi is no stranger to leadership roles but next month’s U20 World Championships in Argentina will be the ...
Sport
3 years ago

“The New Zealand teams play with a different tempo‚” he pointed out.

“They are able to pick up the game and slow it down at their will. That is a big thing they thrive on. That is one thing we look at and try and work on‚” said Green.

Lions team to play the Highlanders: