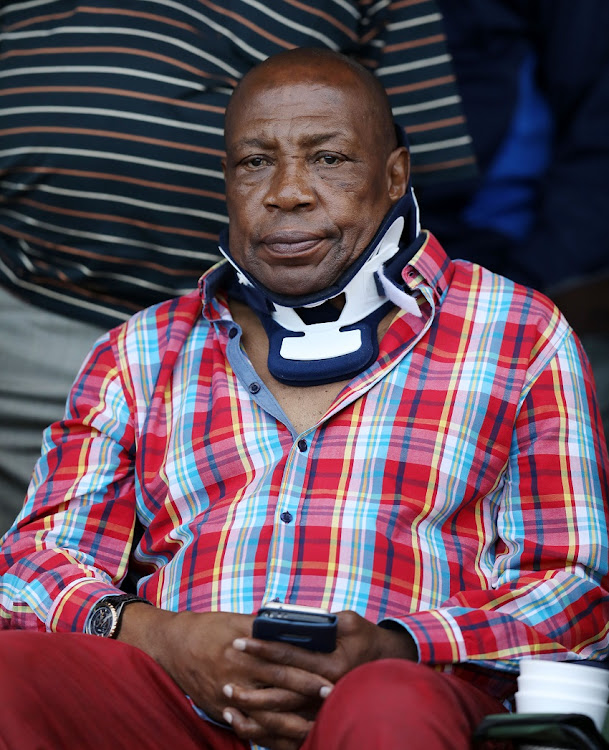 Ephraim “Shakes” Mashaba’s bid for the Safa presidency is off to an unconvincing start as the national leadership of a body purporting to sanction him says it backs his opponent.

Mashaba's bid was on shaky grounds when he also failed to find a venue for a press conference venue to announce his bid.

The president of SAMLFA‚ Buthi “Buddha” Mathathe‚ said in a statement that his body in fact backed only incumbent Danny Jordaan.

Mathathe stated: “It is totally in violation of our constitution for any member to take a unilateral decision to stand for a National position without following the correct processes and procedures.

“… Gauteng where Mr Mashaba is a member is a provincial structure and therefore cannot by virtue of its membership … decide to engage in matters beyond their jurisdiction to undertake in a matter of national interest without proper protocols.

“We will not hesitate as the SAMLFA NEC to take drastic action against any member that violates our constitution.

“National SAMLFA would like to categorically state that we have not and will not entertain or endorse Mr Mashaba for the position of SAFA Presidency.

“Our preferred candidate for the upcoming SAFA elections is … incumbent Dr Danny Jordaan.”

Mashaba is chairman of the Gauteng SAMLFA.

His intention to run for the presidency was made public by SAMLFA Gauteng spokesman Irvin “Pepe” Dire in a report in Sunday Times this weekend.

“People want to run for the Safa presidency without following the proper protocols‚” Maforvane said.

“And I find this development so surprising because ‘Shakes’ was only elected head of SAMLFA Gauteng a few months ago‚ and now he wants to run for the presidency of Safa‚ not even of SAMLFA.

“My concern is that all these people trying to run for the presidency without following protocols can make a mockery of the process.

“Because one begins to question whether they have personal agendas‚ such as scores to settle.

“If you look at the parties on the other side (to Jordaan)‚ some have been expelled from Safa‚ others fired.

“Shakes was fired in December now he feels he can come back to run the organisation.”

Mashaba's would be the latest candidacy announced from a list that includes Lucas Radebe‚ former Safa vice-president Mwelo Nonkonyana and Tokyo Sexwale.

Mashaba had been set to announce his candidacy at a press conference on Wednesday‚ however this was cancelled‚ according to Dire‚ because they “could not find a venue”.

Dire said he was not concerned about the national SAMLFA and Mathathe’s threat of action.

He said the Gauteng structure had never recognised Mathathe’s presidency as they and Limpopo had walked out of SAMLFA’s elections for various reasons.

“I’m happy that they are taking that stance to say they are threatening to take action against us.

"They have never been in contact with any of their provinces ever since they’ve been into office‚” Dire said.

Mashaba had originally put his weight behind a new National Football Consultative Forum backing Nonkonyana‚ Radebe and Sexwale’s claims to the presidency.

Mashaba was fired as Bafana coach following a disciplinary hearing in December that was a result of a televised rant aimed at Jordaan after a World Cup qualifier against Senegal in Polokwane.

The unfair dismissal case against the South African Football Association (Safa) at the high court by Chief Mwelo Nonkonyana has been postponed‚ but ...
Sport
4 years ago

Former Bafana Bafana coach Ephraim "Shakes" Mashaba has thrown his weight behind a new forum whose aim‚ according to a spokesman‚ is "regime change" ...
Sport
4 years ago