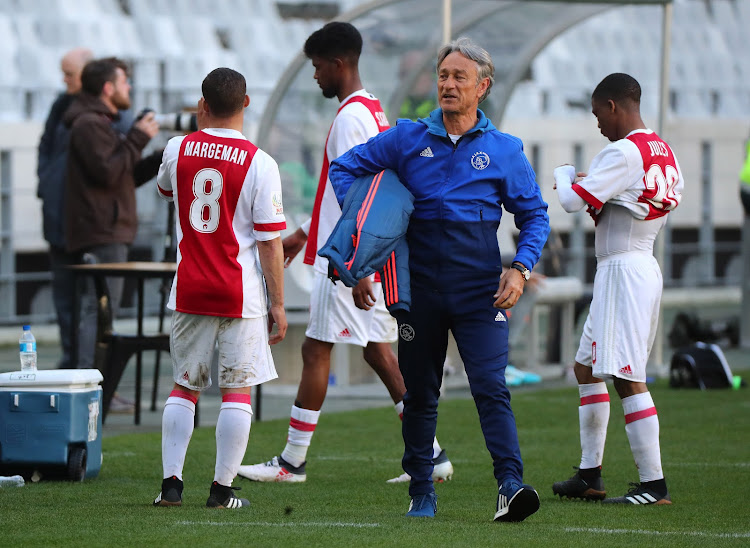 Ajax Cape Town are seeking to continue their solid start to the new National First Division (NFD) season when they travel to TS Sporting on Saturday.

Relegated Ajax are among the early pacesetters in the second-tier this campaign with seven points from a possible nine‚ but face a long journey to Mpumalanga to meet the newly-promoted Sporting.

“I have heard a lot of positives about them‚ they play very high technical football. They will come at you‚ they will be motivated playing against Ajax‚ a team that is known in the country. It is not an easy game‚” Ajax coach Muhsin Ertugral said.

Ajax have conceded just a single goal in their opening three league games‚ but have been shy in the opposition box as well‚ which is a concern for Ertugral.

“The team is more balanced‚ the defensive line is very good. We don’t allow shots on the goal and are very organised defensively‚” the coach said.

“We should score more goals - that is the topic we have spoken about. We are not focused enough on our entries into the last third and that is the main objective for us.”

Ertugral insisted that there had been no talk of going to Sporting for a point and that in this NFD season‚ the aim was to win wherever Ajax played.

“We need to be focused‚ we have to continue our momentum. We are going there for the three points and not just a draw or something like that. We want to win the game.”

In other matches in the NFD this weekend‚ Royal Eagles host Tshakhuma Tsha Madzivhandila FC (TTM) on Saturday‚ with the fixture between Uthongathi FC and Real Kings postponed due to the tragic death of the former’s chairman Nicholas Mkhize.

There will also be one fixture on Monday when Cape Umoya United host Richards Bay.

The Premier Soccer League (PSL) will observe a moment’s silence in their matches this weekend for Kofi Annan‚ Nicholas Gumede and Reggie Jantjies.
Sport
3 years ago