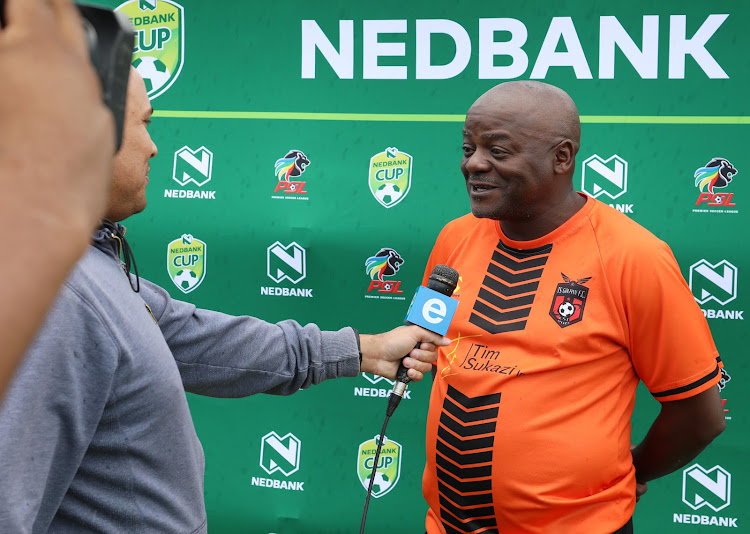 Lower tier upstarts TS Galaxy are seemingly unfazed by the cauldron atmosphere they are set to face in the Nedbank Cup final against traditional crowd-pullers Kaizer Chiefs at the Moses Mabhida Stadium in Durban on Saturday.

Coach Dan Malesela said his players have exhibited calm and composure as the countdown continues to a match that was sold out days ago.

“The fortunate thing is that we've always played in a packed stadium in Kameelrivier‚” said Malesela of their 'tiny' home venue in Mpumalanga.

“So it’s not the same situation (as Mabhida)‚ but I think my players are used to the crowds. They are used to a lot of people shouting.”

Ernst Middendorp does not want to dwell too much on the setback it might represent for his second tenure at Kaizer Chiefs if the Soweto giants were ...
Sport
3 years ago

Malesela joined the 10-month-old team in September last year after he was sacked at Chippa United and immediately clicked with his players‚ despite the fact that most of them and members of the technical team were new to him.

“I’m not surprised by the team reaching the final because maybe I have this knack for bringing the best out of the players‚” he said.

“The majority of the players are new to me‚ but I’ve always had the situation where without too many resources and whatever‚ I just get a few youngsters together.

“So long as they listen‚ you know‚ we get things right.

"It’s not easy‚ it’s very tough but I’ve always been able to get the best out of players together with the people I work with.

Mamelodi Sundowns president Patrice Motsepe has described the pending legal tussle with the Premier Soccer League (PSL) over the fielding of ...
Sport
3 years ago

“Part of my technical stuff includes people that I worked with before.

“So it becomes easier when we want to do things and get them to the players because they understand me and I understand them‚ but it has never been easy.”

The Galaxy coach admitted‚ though‚ success came a lot earlier than he expected.

“We were not expecting that to be honest. We just said let’s go with the flow and we will just see where this takes us‚” he said.

“Initially our focus was in the league and we said whatever happens with the Nedbank will happen.

“But me being me‚ I’ve got a soft spot for this cup. Maybe it also favours me because I’ve been three times or twice in the semi-final.

“So I’ve always been getting closer and closer and hopefully this time it will work out.”