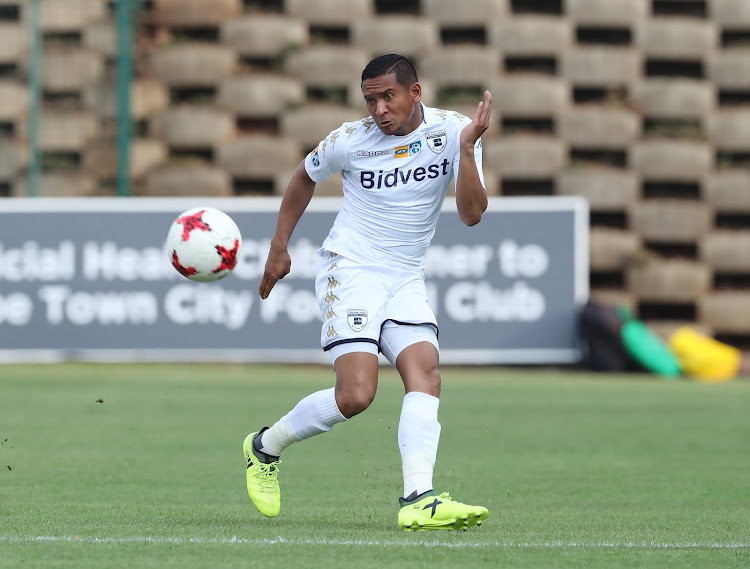 Former SuperSport United, Orlando Pirates and Bidvest Wits player Daine Klate is on the verge of being unveiled as a Chippa United during a press conference scheduled for Wednesday July 11 2018 in Port Elizabeth.
Image: Gavin Barker/BackpagePix

One of the Premier Soccer League’s most successful players‚ Daine Klate is set to put his coaching studies to good use when he joins the technical team at Chippa United following the announcement of his surprise retirement on Tuesday.

The Chippa winger had told TimesLIVE in late May that he hoped to keep on playing‚ saying‚ “I still believe I have another few years in me to play.

"I still have the desire and passion.”

He did temper that by saying that his mind is also very focused on a coaching career.

“Should anything arise at a club where I can be part of the technical team then I would also have to look at that‚” he said.

Cricket South Africa (CSA) chief executive Thabang Moroe says the nation's failure to develop mentally strong players is one of the reasons that have ...
Sport
1 year ago

Klate has now confirmed that he has called time on his 16-year top-flight career and will stay at Chippa as second assistant to head coach Clinton Larsen‚ while at the same time completing the Uefa A License course that he started in Ireland during the close-season.

“I’ve given it some thought and I’ve decided to hang up my boots‚” Klate said in a video message on Tuesday.

“This is the end of my playing career and I’m looking forward to what the future holds for me.”

Klate worked on his Uefa A1 course offered by the Irish Football Association‚ a week after Fadlu Davids and Steven Pienaar were among the students completing the A2 section.

The course with the football association in Northern Ireland allows professional players to fast track their way through the Uefa B coaching license and move swiftly onto the A license.

Klate amassed a huge number of trophies in his playing career‚ including a record six Premier Soccer League (PSL) titles – a figure recently matched by the Mamelodi Sundowns duo of Hlompho Kekana and Denis Onyango.

His league championships came with SuperSport United (three)‚ Orlando Pirates (two) and the most recent at BidVest Wits during the 2016/17 season.

Raised in Port Elizabeth and a product of the Safa School of Excellence‚ he made his professional debut for SuperSport United as a substitute in a Coca-Cola Cup clash against Umtata Bush Bucks in October 2004.

His first start came in a 1-1 draw against Jomo Cosmos a month later‚ and by the end of that season the teenager was a regular.

He would end up scoring 40 goals in 147 starts for Matsatsantsa‚ to go with 16 goals in 122 starts at Pirates.

Klate added a further 71 starts and 18 goals at Wits‚ before finishing his career at Chippa last season‚ where he made only six starts.