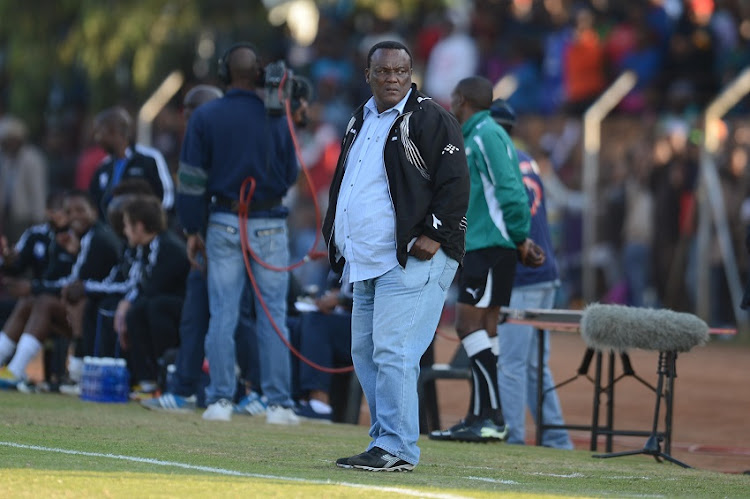 The forthright 63-year-old did not mince his words and further suggested that Safa president Danny Jordaan should make way for someone “who has the country’s interests at heart.”

Ngubane‚ who is the team manager at Black Leopards‚ said the Safa leadership has failed “year in and year out.”

The man dubbed “Professor” for his dazzling skills during his playing days‚ also called on Safa members to stop voting Jordaan into power if Bafana and other national teams are to improve their fortunes.

“I think we need to change everything at Safa and bring people with interests of the country at heart‚ people who have passion for football‚” said Mlungisi.

“You can’t have people failing year in and year out‚ but they keep on running football.”

Ngubane said he would not hold back his feelings about Jordaan.

“He (Jordaan) thinks Bafana is his own club.

"Bafana is our national team.

"It is the national asset but it looks like it is being run like a football club which belongs to Danny Jordaan‚” said Ngubane.

The former Thanda Royal Zulu coach‚ who has had coaching stints in neighbouring Eswatini and Namibia‚ also lashed out at Safa’s decision to rope in former defender Mark Fish as a member of the technical team.

Ngubane said Fish’s invitation to travel to Afcon finals with Bafana was baffling considering that “we have tried and tested coaches in this country.”

“Mark Fish was playing golf (recently) but just because he has played football they called him to come and help at Bafana.

“He (Fish) has never coached before and he is not a coach‚” added Ngubane.

“No country will go and play such a big tournament as the Africa Cup of Nations with one coach. Baxter was the only coach on that bench at the Afcon finals.

“And then the rest are not coaches. They have got nothing to show for what they have done as coaches.

“The assistant coach (Molefi Ntseki) last coached the Under-17s. The Under-17 and the senior team is not the same‚” said Ngubane.

Bafana crashed out of the Afcon finals at the quarterfinal stage after a 1-0 defeat to Nigeria.

They were ultra-conservative in the opening stages‚ losing 1-0 to both Ivory Coast and Morocco with the slender win over Namibia helping the team advance to the knockout phases as the third best-placed finishers from their group.

The proverbial “learning curve” was again the order of the day from the Safa hierarchy and the technical team after Bafana returned home from the Afcon finals.

Ngubane said the time has come to stop learning the ropes and start implementing measures that will help to improve the national teams.

"No please man‚” said Ngubane‚ adding that Baxter is suited as a club coach and not for the national team.

“At the moment it is only Baxter who is an actual coach although he is largely unknown and he is applying what he was using at Kaizer Chiefs‚" he continued.

"He is using what he was using when he was with SuperSport United.

"With a national team you move to the upper level.

"We need people who can help the coach‚ not people who have only played without coaching‚ not bring in people because of what they have done as players in 1996.”