Chiefs without a fixture for two weeks: Middendorp turns his attention to attack 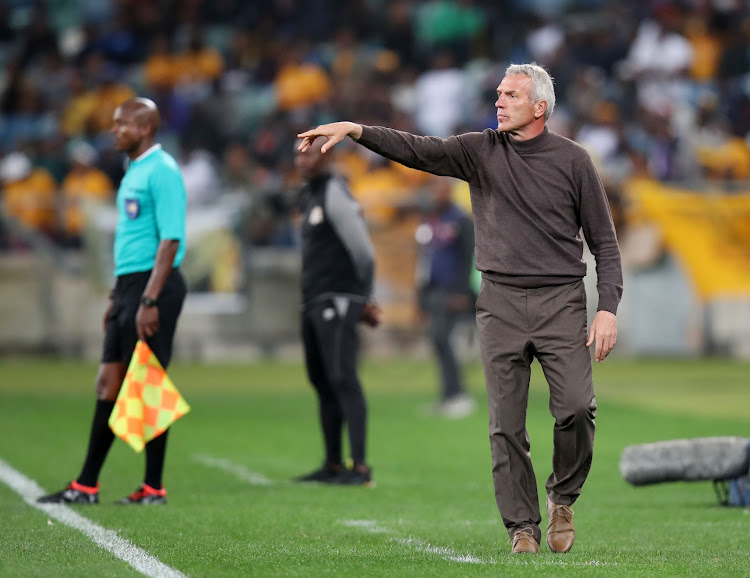 Kaizer Chiefs spent last week working mainly on defence after conceding twice in their opening game of the season against Highlands Park and a subsequent clean sheet against Black Leopards in Durban delighted coach Ernst Middendorp.

Now he say the next fortnight he will concentrate on working on switching defence into attack a lot quicker as he looks to get the side more mobile when on the front foot.

Chiefs are without an official fixture over the next two weeks after their failure to qualify for the MTN8.

It can be seen as a blessing in disguise for Middendorp‚ who says there will be some hard work on the attacking aspects of the game.

Khama Billiat and Itumeleng Khune will be available for selection for Kaizer Chiefs’ next game in a major boost for the club and its supporters‚ ...
Sport
2 years ago

“Overloading the flanks‚ going through the centre‚ stretching the opponent. These are all things that we are going to work on now.

“We will not be stopping working on our defence but the main priority is the transition from defence into attack‚” he said after the weekend trip to Durban kept up the club’s 100 percent start to the season.

Middendorp said the defence had been outstanding in the 1-0 win over Leopards at the Moses Mabhida Stadium on Saturday night.

“But we could have done better upfront if we were more clinical and calmer in the forward movement.

Cape Town City midfielder Roland Putsche is readying himself for any outcome on the future of club coach Benni McCarthy‚ who is being touted as one ...
Sport
2 years ago

“I can deal with it because we got the three points.”

It added to the tally collected on the opening weekend of the season when Amakhosi came from 2-1 down to snatch a 3-2 win away over Highlands at Tembisa's Makhulong Stadium on August 4.

Their next match is at home on Saturday‚ August 24 against SuperSport United at FNB Stadium‚ after which they are away against Cape Town City on Tuesday‚ August 27.