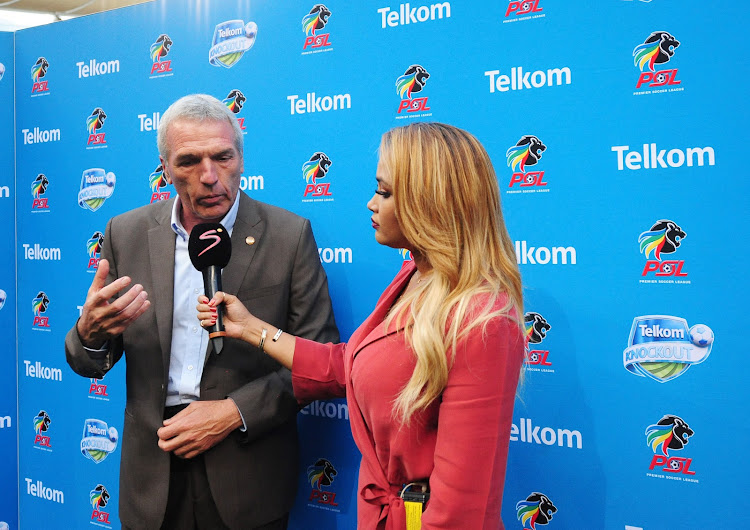 A relieved Ernst Middendorp was effusive in his praise of his team’s performance as Kaizer Chiefs won on Saturday in the Telkom Knockout and‚ unusually‚ the taciturn German-born coach even had a compliment for the opponent too.

Chiefs came from a goal down to equalise late and ensure a 1-1 draw in the Telkom Knockout first round at Cape Town City‚ and then went on to win on post-match penalties to move a step closer to ending more than four seasons without trophy success.

“It was a very entertaining event and I think we can all agree on that. Of course‚ it was very good result in the end‚ going through to the next round.

“We made a good start but the penalty miss definitely stopped our momentum‚” said Middendorp of the blast over the top of the goal from the spot by Daniel Cardoso after Tareeq Fillies was adjudged to have handled the ball in the 30th minute.

“We lost movement for a while after that and then we had the two injuries with Kerryn Baccus‚ a very important element in our play‚ and Bernard Parker going off so early.”

Middendorp said it was too early to determine the extent of the injuries but midfielder Baccus has a knee ligament problem plus a sore ankle and Parker suffered an ankle injury.

“Being 1-0 down is the time when you can see a bit of attitude and a bit of the spirit of the team and this is really on a high level as we showed to come back in the game‚” added Middendorp.

City went ahead after 34 minute when Kermit Erasmus fired home a beauty but Samir Nurkovic came off the bench to equalise with time running out‚ and force the game into extra time.

“We could have got the equaliser a bit earlier‚” the Chiefs coach suggested‚ hinting at numerous missed chances for AmaKhosi in the second half.

“You feel a bit sorry for the opponent that the result is ultimately determined by penalties‚ especially after seeing such a good‚ entertaining match.

“Cape Town City have a very‚ very good quality. I’ve said it before and I’m still 100 percent sure they will go on a run to be near the top of the table.

“We are happy and looking forward to the next draw.

"Now everything is focused on our next game next Sunday against Mamelodi Sundowns‚” Middendorp said of the upcoming crunch clash in the Premier Soccer League.