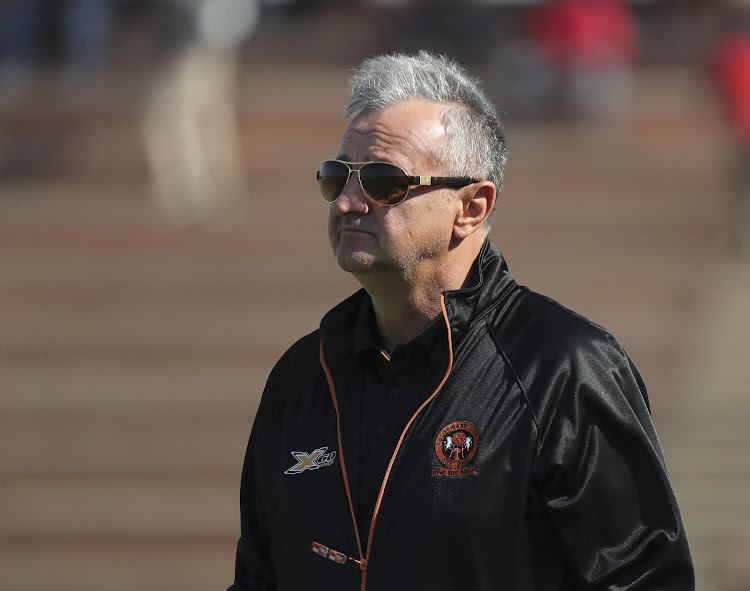 Under pressure Polokwane City coach Zlatko Krmpotić has suggested that he only has “12 or 13” players who can help the side repeat their top eight finish last season.

The embattled coach said he needs double that number to make the team successful this season.

Polokwane slumped to a 5-3 loss to Cape Town City on Wednesday‚ their fifth defeat in a row‚ as the side plummeted to eighth place on the standings.

He said the lack of depth in the squad is affecting performance and also confirmed he had taken leading striker Mohammed Anas out of the match-day squad on Wednesday as he felt he had let his standards drop.

“I was not satisfied with him‚” Krmpotić said.

“In our roster‚ we have some problems … it is not easy to speak about it now.

"I don’t have a big roster. With our team‚ we cannot play good games continuously‚ and this is a big problem.

"This is wrong‚ but we have other problems … but this is not my area.”

Krmpotić hinted at a poor working environment‚ something his predecessors Luc Eymael and Jozef Vukušič also both complained about as they walked out on the club.

One slither of hope for Krmpotić will come from the fact that‚ with his side 5-1 down in Cape Town‚ they kept playing and netted two late goals to add some respectability to the scoreline and hand striker Charlton Mashumba a hat-trick.

“Out of the 14 players for us today‚ if you include the subs‚ only one played well‚ Mashumba. He made three goals‚ but everybody else didn’t give 100%.

“Mashumba is a good player‚ he is also coming off an injury from the last three months. We must use him‚ if he continues to play like this‚ maybe we don’t have a problem.”

A frustrated Krmpotić admitted his side were second best in Cape Town‚ but felt there were games earlier in their poor run where they deserved more.

“After six games we were first in the table. In the next four games … OK‚ today we did not play well. But Golden Arrows‚ we played well. There are many games where we played well‚ but we didn’t take even a point.

“In the next five games‚ we have three at home and we need seven or eight points to be in the top eight [after that].”

Next up for the side is a Polokwane derby against Baroka FC on Saturday‚ what is looming as a must-win for Krmpotić.

“We now have a short time to prepare the team for Baroka‚ just 48 hours. It is a very important game for us‚” he said.

Dumisani Zuma scored twice as Kaizer Chiefs increased their lead at the top of the Premier Soccer League table by beating injury-plagued Chippa ...
Sport
2 years ago

Sports minister Nathi Mthethwa says it would be a tragedy if Safa officials stuck to their guns and snubbed the Football Indaba he has proposed for ...
Sport
2 years ago