Chiefs' No1 shirt slips out of Khune's reach: Middendorp expected to stay loyal to Akpeyi 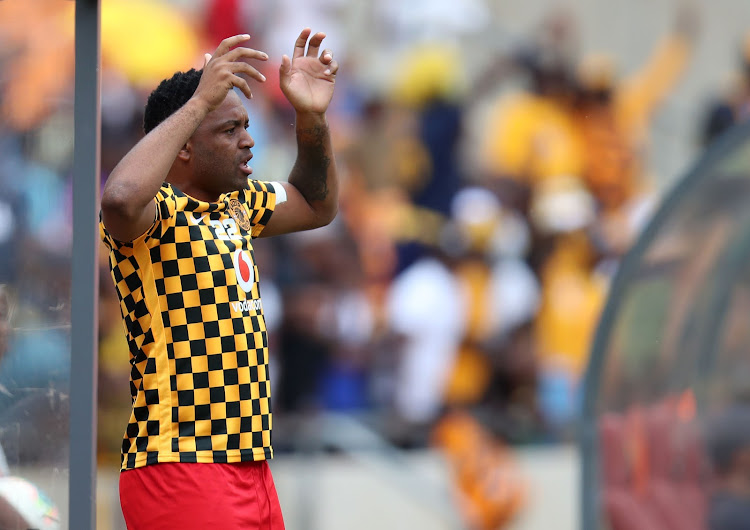 Itumeleng Khune has struggled to win his number one shirt jersey back from Nigerian international Daniel Akpeyi.
Image: Muzi Ntombela/BackpagePix

Itumeleng Khune looks to be in the best shape he has been after shedding the pounds but a comeback to the Kaizer Chiefs goal for the club’s former captain is still some way off for the moment.

Khune has suffered a staggering number of injury setbacks over the last years but each time he's recovered he has been thrust back into the team’s starting line-up.

But his latest come back‚ allied with a weight loss regime that leaves the 32-year-old in tip top shape‚ has seen that automatic elevation into the Chiefs’ XI ended.

Club insiders had told TimesLIVE there is no likely chance of Khune getting a game as long as Daniel Akpeyi continues his form as coach Ernst Middendorp is staying loyal to the Nigerian goal-minder‚ who joined the club one year ago as cover in the middle of a Khune-induced injury crisis.

Since New Year‚ Khune has been back to the bench for the team displacing Bruce Bvuma in the pecking order for Chiefs’ last three games.

He is back to full fitness after the backside muscle strain he suffered making a save in the Premiership clash against Baroka FC on September 28.

That was the last time he played and it was only Khune’s second game back after nine months on the sidelines‚ stretching back to the end of 2018 when he was ruled out by a shoulder injury that required surgery and intensive rehabilitation.

It meant he missed out on the 2019 Africa Cup of Nations finals in Egypt.

When Khune‚ who has had other injury setbacks in recent seasons like concussion and knee issues‚ was injured in September‚ Middendorp blamed himself for putting the veteran under too much pressure but fielding him in two games just days apart.

But Middendorp has not felt the need to make it up to Khune by sticking him back in the side.

Instead he is keeping faith with Akpeyi‚ who has shown a vast improvement from his Chippa United days although still occasionally threatens he is about to deliver a horror mistake with a moment of madness.

“The coach is loyal to the players who have been performing and Akpeyi is one of them‚” insiders said on condition of anonymity‚ fearing the draconian media regime at the club.

He has started 13 of the 17 league games runaway leaders Chiefs have completed this season with Bvuma having played two and Khune two.

Khune has carried a lot of excess weight in recent years which the Chiefs officials blame for his repeated injuries.

They say his latest training regime has seen him shed as many as five kilograms.