European soccer's governing body is keen for domestic seasons to be fully completed, but has drawn up guidelines for how qualification for next season's club competitions should be decided if some leagues cannot complete their campaigns. 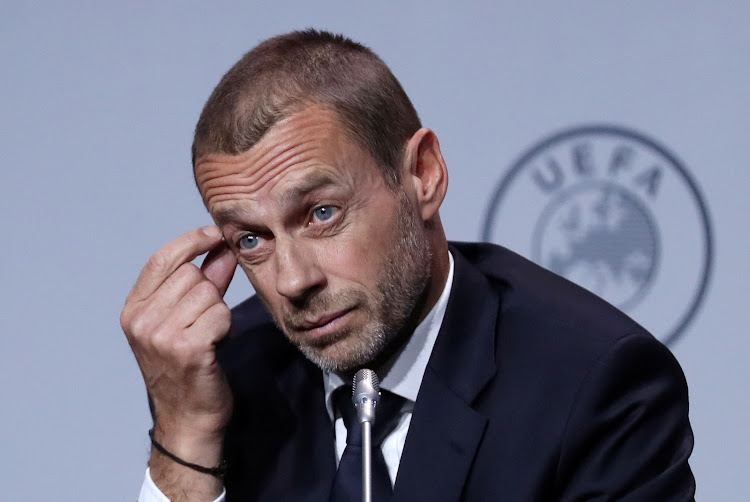 Uefa said on Thursday that it is considering two possibilities for resuming its Champions League and Europa League competitions and urged domestic leagues to "explore all possible options" to finish their domestic seasons.

Football across Europe ground to a halt in March due to the spread of the Covid-19 pandemic and no leagues have yet to resume play.

Uefa said in a statement that its Calendar Working Group was examining two scenarios, with both envisaging domestic football starting before European competitions.

European soccer's governing body is keen for domestic seasons to be fully completed, but has drawn up guidelines for how qualification for next season's club competitions should be decided if some leagues cannot complete their campaigns.

Uefa said, in such a case, the slots for Champions League and Europa League places should be determined on "sporting merit" and through a transparent process.

The body warned that it reserved the right to refuse admission if its guidelines were not followed and if "the clubs were selected pursuant to a procedure which was not objective, transparent and non-discriminatory so that the selected clubs could not be considered as having been qualified on sporting merit".

Uefa said it would also evaluate or refuse admission if "there is a public perception of unfairness in the qualification of the club."

The Switzerland-based body has released nearly $75m of compensation payments to clubs ahead of schedule to help deal with the impact of soccer's Covid-19 related stoppage.

Uefa pays clubs who have contributed players to national teams during the qualification process for the European Championships.

The payment was due to be made after the completion of the qualification playoffs.

These were originally scheduled for March, but were postponed due to the spread of the coronavirus, but the governing body has moved to ensure the cash is sent to clubs.

Fifty million euros will go to clubs who released players for the 39 national teams not involved in the playoffs with 17.7 million going to those clubs who provided players during the group phase to the 16 teams who have made the playoffs.

A further 2.7 million will be sent later upon completion of those games.

"In these difficult times when many clubs are facing financial issues, especially with their cash flow, it was our duty to make sure that clubs receive these payments as quickly as possible," said Uefa president Aleksander Ceferin.

Andrea Agnelli, chairman of the European Club Association (ECA) said: "This represents a much-needed liquidity injection into club finances and is a result of ECA’s joint work with Uefa on safeguarding clubs at this time of existential threat."

Cape Town City chairman John Comitis believes the Premier Soccer League (PSL) needs to resume football in some form by the end of May to avoid big ...
Sport
2 years ago

Cape Town City chairman John Comitis says the club’s players and technical staff will have to take a 20 percent pay cut if there is no resumption of ...
Sport
2 years ago

Sundowns coach Pitso Mosimane: Chiefs are well rested because they had nothing to do

Football might be suspended due to the coronavirus pandemic but that did not stop Mamelodi Sundowns coach Pitso Mosimane from throwing ...
Sport
2 years ago