Deon Hotto set to earn over R500,000 a month at Orlando Pirates next season: Insider 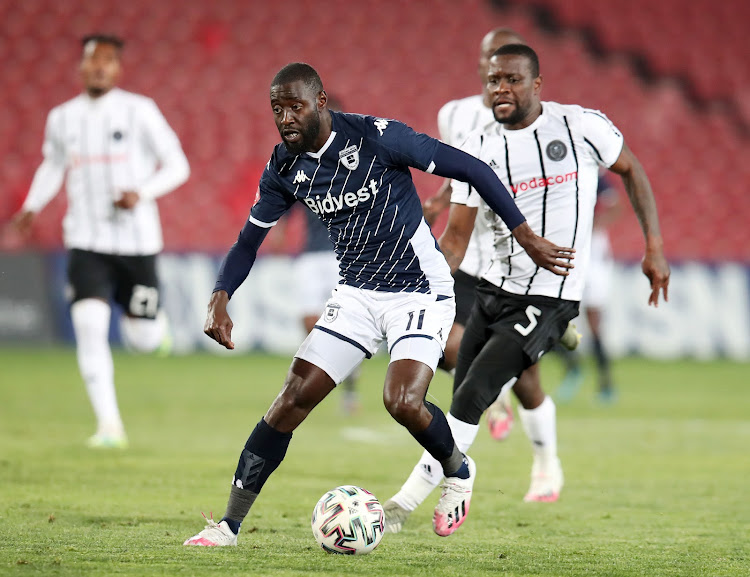 Deon Hotto will wear the black and white of Orlando Pirates next season after signing an eye-watering deal that will make him one of the top PSL earners.
Image: Muzi Ntombela/BackpagePix

Namibian international Deon Hotto is set to become one of the highest paid players in the Premiership after it emerged that he will earn over R500,000 a month at Orlando Pirates next season.

An insider who was involved in the dealings told TimesLIVE that the 28-year-old attacker "earns around R200 000 a month" at current employers Bidvest Wits and this figure will more than double when he completes his move to Pirates.

He is set to be unveiled as a Buccaneer once the current season is completed after concluding a four-year deal recently.

TimesLIVE can reveal that Pirates went for broke to get their man‚ tripling Hotto’s annual salary from the R2‚4m per annum he pocketed at Wits to just over R7m.

Pirates coach Zinnbauer dribbles his way past Hlatshwayo and Hotto talk: Speak to the office people

“Hotto will become [one] of the best paid players in the PSL. This is a ground-breaking deal. He has always wanted to play for Orlando Pirates and now his dream has come true.

“His salary will balloon from something around R200‚000 to over half-a-million [a month] next season‚” the insider‚ who did not want to named as he is not authorised to speak to the media‚ told TimesLIVE.

The insider revealed that free-spending Mamelodi Sundowns were the first Premiership club to approach the player with an offer of R4m per annum‚ but Pirates were so keen to secure Hotto’s signature that they countered with a sumptuous proposal no player would have refused.

Hotto had a burning desire to join Pirates and rejected the Sundowns deal even before he knew of the eye-watering package from the Bucs‚ the insider said.

Asked to comment on the figures revealed by the insider‚ Wits chairman Alan Fainman said the club does not discuss player contracts in the media.

“Deon Hotto is still contracted to Bidvest Wits and if anything changes an announcement will be made.

“In any case‚ how much players earn or are bought for is a confidential matter between players and the clubs and we do not discuss player contracts and transfers through the media‚” Fainman told TimesLIVE.

“All our players are focussed on nothing but making sure that they finish the season on a best possible position. That’s all that matters at the moment.”

Pirates senior manager Floyd Mbele declined to confirm Hotto’s pending arrival or to even have a discussion about him.

“I can’t talk about people that are not Pirates players. The season is still on. Why would I discuss transfers when the season is on‚” said Mbele.

Asked to comment on Hotto’s much publicised arrival at Pirates‚ Mbele said: “I am not aware that Deon Hotto has joined Pirates. You have information that I don’t know about.”

Bafana Bafana captain Thulani Hlatshwayo is understood to have also joined Pirates and the two Wits players will be among the top earners in the league next season as the Bucs set their sights on closing the gap between themselves and rivals Sundowns and Kaizer Chiefs.

The sale and relocation of Wits to Limpopo has caused pandemonium among the players with the majority of them refusing to relocate over 400 kilometers away from Johannesburg to Thohayandou‚ opening the door for other clubs to make contact.

Thembinkosi Lorch is back for Orlando Pirates

Just when they needed him‚ Thembinkosi Lorch is back for Orlando Pirates.
Sport
1 year ago

After finishing as runners-up in the league for the past two seasons‚ Orlando Pirates appear to have gone backwards and do not seem to have the sting ...
Sport
1 year ago