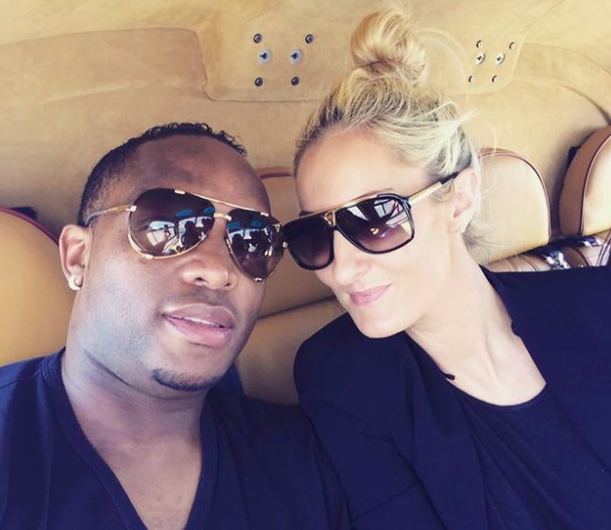 Benni McCarthy has thanked his wife Stacey and fans for their support throughout the season.
Image: Benni McCarthy/Instagram

AmaZulu head coach Benni McCarthy has thanked his family and players after bagging the coach of the season award on Sunday. He said the dedication of his team is what saw them achieve greatness and thanked his wife Stacey for her loyalty and support.

McCarthy was voted the coach of the season after steering Usuthu to second place in the DStv Premiership, their highest ever finish in the league. The coveted title is usually awarded to the team that finishes as champions, but McCarthy was deservedly rewarded for his impeccable work in the league.

“I'm truly grateful, I want to thank my family for their sacrifice and loyal support. My technical team for their hard work but most importantly, to all of my players, I love you guys and thanks for all your hard work and dedication this season,” he wrote on Instagram.

He also had special thanks for the owners of AmaZulu and his fellow coaches for “making this league special”.

The team finishing second comes as no surprise for his fans. When he joined the team in December to replace former coach Ayanda Dlamini, he made it clear that he was aiming much higher than the top four set by AmaZulu owner Sandile Zungu.

“The chairman [Zungu] wants the top four but my ambitions are higher than top four‚," McCarthy said.

Benni McCarthy has christened himself a Zulu warrior with Makhathini replacing McCarthy as his surname.
Sport
1 year ago

The Peter Shalulile fairytale continued after the Mamelodi Sundowns striker was named Footballer of the Season and DStv Premiership Player’s Player ...
Sport
1 year ago