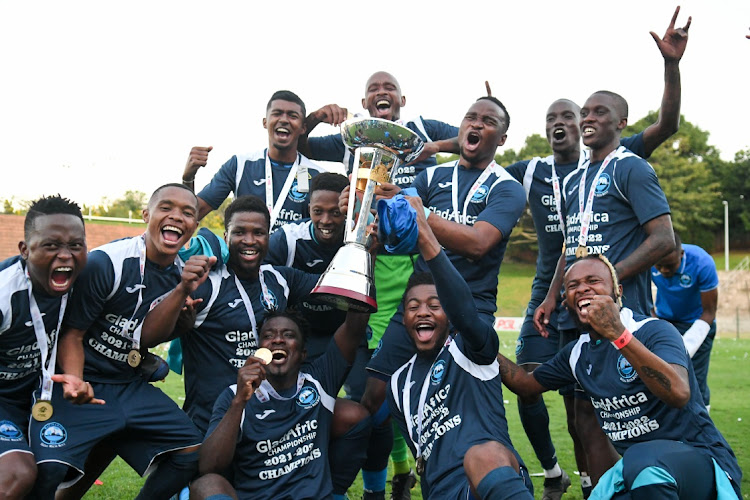 The Natal Rich Boyz, who are based in Richards Bay in northern of KwaZulu-Natal, won the GladAfrica Championship and subsequently gained entry to the DStv Premiership.

While this is great news for the region, there are issues that the team plays their home games in Durban, which is a two-hour drive from Richards Bay.

For the past two years the team has been playing their home matches at King Zwelithini Stadium in Umlazi because uMhlathuze Sports Complex in Richards Bay doesn’t meet Premier Soccer League standards.

“Unfortunately, we couldn’t use uMhlathuze Sports Complex because there was an issue of compliance,” Biyela said.

“But I know the (uMhlathuze) municipality is busy working on the issues. I can assure you next season we will be playing our games there.”

The venue has hosted top tier football before as Thanda Royal Zulu hosted Orlando Pirates in a Nedbank Cup game a few years back.

However, poor maintenance of the facility has seen it not meeting standards for  hosting a second tier match.

Richards Bay FC ensured their promotion to the DStv Premiership from the GladAfrica Championship on Sunday even though they were held to a 0-0 draw ...
Sport
2 months ago

Biyela said he is not planning to sack coach Dladla, who led the team to the big time, despite media reports stating otherwise.

It has become norm in SA football that when a team is promoted, the owners quietly start looking for another coach to lead the team in the top-tier.

“The coach knows t he is going to be part of the team next season. He knows that very well,” Biyela said.

“The official statement is that the coach will be here next season,” he said.

“There are even those who are saying the team is on sale. Everyone is saying what they want to say.”

Al Ahly coach Pitso Mosimane will launch a schools soccer programme this year as part of his plan to give back to the sport in SA, his management ...
Sport
2 months ago

Kaizer Chiefs interim co-coach Arthur Zwane has confirmed a meeting between the technical team and the club’s management will be held next week to ...
Sport
2 months ago

Royal AM boss Shauwn “MaMkhize” Mkhize has vowed the club will not add its name to the list of one season wonders.
Sport
2 months ago