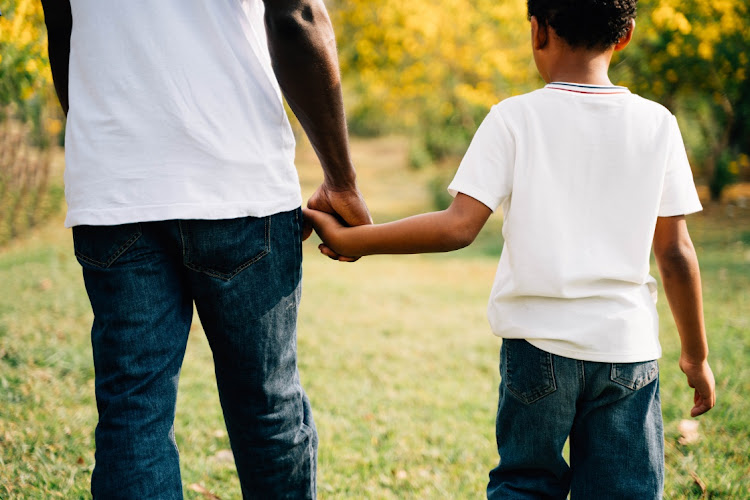 POOR CONNECTION Economically marginalised men find themselves having to prioritise financial provision over other aspects of fatherhood, such as participating actively in their children’s lives, according to an academic paper.
Image: 123RF

Poverty, unemployment and physical absence from home have made co-resident, present, and nurturing fatherhood unattainable for economically marginalised men.

These men find themselves having to prioritise financial provision over other aspects of fatherhood.

This is according to one of the papers in the “State of South Africa’s Fathers” 2021 report, released on Thursday.

The paper, by researcher Mandisa Malinga of the University of Cape Town, says unemployed and poor men, unable to provide for their children and families, face shame and humiliation, and are more likely to disengage from their families.

She cites the case of Themba (not his real name), who moved from the Eastern Cape in search of employment and has since been “working” as a painter in Cape Town.

Themba does not have a stable job and seeks work on the side of the road outside a popular hardware store, approaching customers who come to the store to buy paint.

These men measured their success as fathers based on their ability to provide for their children and families, solidifying the significance of economic provision in constructions of fatherhood and masculinity.

When asked what he thinks of his role as a father, Themba made reference, almost exclusively, to being a financial provider and did not reflect on other roles men can play in children’s lives.

“Fatherhood is understood and defined by men mostly in terms of the responsibilities they associate with being a father,” Malinga says.

Malinga says labour migration, as a function of colonial and apartheid powers, and its impact on fatherhood has been documented by several researchers.

She says these scholars have reflected on the disruptions of the black family as a result of labour migration, which forced men to leave their families to work in mines and factories.

“These men measured their success as fathers based on their ability to provide for their children and families, solidifying the significance of economic provision in constructions of fatherhood and masculinity," says Malinga.

She says the South African study of men who seek work on the roadside found that a few of the men interviewed expressed the desire to be present, nurturing fathers who also provided for their children’s financial needs. They acknowledged the importance of fulfilling each of these roles.

“However, these men were not able to provide for their children’s and families’ economic needs while at the same time being present and nurturing fathers because they spent most of their time away from home, seeking work.

“In the interviews, the men revealed that they avoided making contact with their children and families when they were not able to send financial support.”

Malinga says the tension that emerges from the pressures on men first to be economic providers, and men’s inability to provide, creates a further barrier between marginalised men and their families, and disrupts bonds that may facilitate positive parenting between men and their children.

SA’s men striving to be more effective fathers than their own, research shows

Three studies provide evidence that men are taking up ideas and practices of fatherhood which include close involvement in their children’s lives.
News
5 months ago

The latest annual Whitaker Peace & Development Initiative (WPDI) violence survey, which was conducted among workers from crime hotspots in the ...
News
5 months ago

Emmanuel Taban was born into rural poverty in South Sudan, one of Africa’s most deprived regions, though richly endowed with natural resources.
Books
5 months ago