'The Dragon Lady' is an intriguing mystery mixing fact and fiction

Louisa Treger's second book is based on the life of Lady Virginia Courtauld - vibrant, rebellious and captivating, yet also desperate for social acceptance 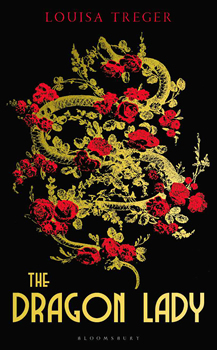 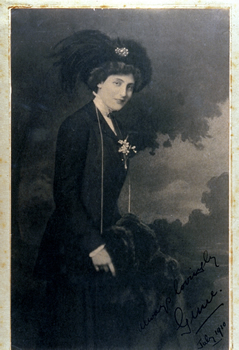 Published in The Big Thrill: September 1 2019

This month, the co-author of the popular Detective Kubu series, Michael Sears, had the opportunity to interview Louisa Treger for The Big Thrill – the magazine for international thriller writers.

Louisa Treger was a classical violinist until she turned to literature and earned a doctorate in English. Her critically acclaimed debut, The Lodger, is a fictional account of the life of writer Dorothy Richardson, a central figure in the emergence of modernist fiction.

The New York Times called it “an evocative, beautifully written first novel,” and The Washington Post said, “It’s an impressive feat to make the act of writing as exciting as a love affair.”

Treger’s second book, The Dragon Lady,  was released in the US last month. Set largely in Southern Rhodesia (modern day Zimbabwe) in the 1950s, it’s based on the life of Lady Virginia (Ginie) Courtauld, a remarkable person and most unlike the conservative upper-class British people whose attention she apparently craved. The book’s title comes from a nickname referring to the snake tattoo that wound up one of her legs.

Taking a real life that is little known and turning it into a convincing novel is a challenging undertaking, especially when it starts with a violent crime. But in The Dragon Lady, Treger builds an intriguing mystery, and at the same time has revealed a memorable and complex character.

The story of Ginie’s extraordinary life starts in the Italian Riviera of the 1920s where she marries an Italian count. After her divorce, she moves to England and marries Stephen Courtauld, the wealthy son of a textile merchant. After the Second World War, they move to colonial Rhodesia. Despite her privilege, her life was not always easy. She lived largely in isolation both because of her refusal to conform and her disgust with the treatment of black people, which won her no friends among the whites.

In this interview for The Big Thrill, I asked Treger about Lady Courtauld and how she came to tell her story.

The Dragon Lady is a fascinating mix of fact and fiction. How much is known about Ginie Courtauld’s actual life? How close is your story to that, and how did you go about adding events in such a way that they were consistent with her character?

Not a great deal is known about Lady Ginie Courtauld. There is a biography, written in Italian, about her first marriage to Count Paulo Spinola. I found newspaper articles about her and Stephen in the Museum and Library of Mutare. An Oral History of the Courtaulds at Eltham Palace at the British Library is a series of interviews by family members, friends, and staff. I was also given access to Virginia’s letters by a Courtauld cousin, which enabled me to get her “voice”.

My story broadly follows the known biographical facts of her life, especially in the English and European sections. In Rhodesia, there was far less biographical information available, so there is more fiction in my account of her life there.

Nevertheless, fact forms the backbone: everything the Courtaulds did to help Rhodesia was true, including meeting Mugabe and other politicians, and it really did bring them into conflict with their white neighbours. Ginie’s private thoughts and conversations are my invention, but I always stayed as true to her personality as I could.

Passion, humanity and courage - plus a snake tattoo

Louisa Treger on Lady Virginia Courtauld, the woman in her novel 'The Dragon Lady'
Books
3 years ago

Ginie is a complex person. She’s a free spirit and strong willed, not above lying to achieve her desires. Yet she craves social acceptance and goes to great lengths to try to obtain it. What generated that dichotomy?

I guess what interests me as a writer is how complex, contradictory, and surprising people are. Ginie was the daughter of an Italian shipping merchant and a Romanian peasant - she claimed to be a descendant of Vlad the Impaler, allegedly the inspiration for Bram Stoker’s Dracula. As a child, she moved between Italy and England. That’s a lot of places and allegiances, so little wonder that she was complicated, insecure, and never really belonged. She was vibrant, rebellious, and captivating, yet also desperate for social acceptance and a comfortable, comforting place to call home. I really enjoyed portraying the many facets of her character.

The core of the mystery is the shooting of Ginie in her garden. There are many tensions generated in the book - local animosity to her politics, jealousy of the Courtaulds’ wealth and privilege, even Stephen’s involvement with black liberation leaders. Did you decide in advance how this was going to play out, or did you allow the characters to let it fall into place?

I allowed the characters to let it fall into place. I am not much of a planner. I begin with the characters and the roughest of plot outlines, and my first draft is usually my plan in which I find out what is and isn’t going to work. I like this way of writing because it feels so free and it gives me the flexibility to change things as I go along.

Our sunshine noir author for December is ... Mike Nicol

The nomination places her in the company of big names in the global thriller sphere.
Books
2 years ago