Extract and giveaway: ‘A Terrible Kindness’ by Jo Browning Wroe 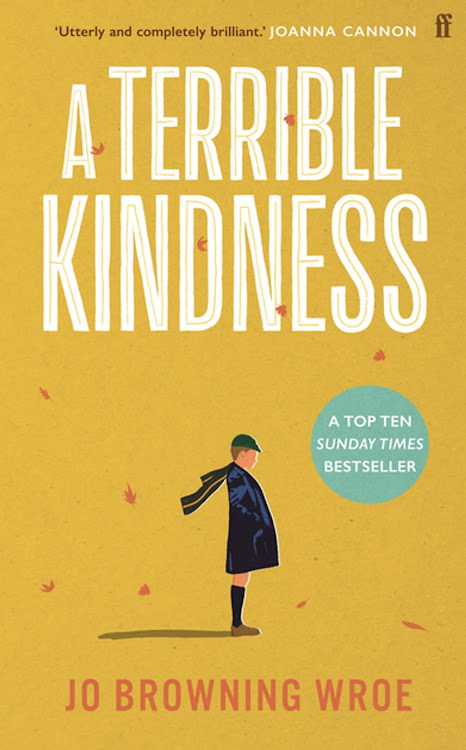 About A Terrible Kindness

Tonight 19-year-old William Lavery is dressed for success, his first black tie do. It’s the Midlands Chapter of the Institute of Embalmers Ladies’ Night Dinner Dance, and William is taking Gloria in her sequined evening gown. He can barely believe his luck.

But as the guests sip their drinks and smoke their post-dinner cigarettes, a telegram delivers news of a tragedy. An event so terrible it will shake the nation.

It is October 1966 and a landslide at a coal mine has buried a school: Aberfan.

William decides he must act, so he stands and volunteers to attend. It will be his first job, and will be — although he’s yet to know it — a choice that threatens to sacrifice his own happiness. His work that night will force him to think about the little boy he was, and the losses he has worked so hard to bury. But compassion can have surprising consequences, because, as William discovers, giving so much to others can sometimes help us heal ourselves

They walk back up the side street and turn left, away from the memorial garden and community centre and then right onto the lane that leads to the mountainside cemetery. The oldest graves sit at the bottom, skewed and sunken; grey, green and white with lichen and moss. But higher up the mountain, white semi-circles loop their way across the slope in two long rows; giant Polo mints, bright against the sky. William wants to run to them, but it would look odd and Gloria is by his side, so he slows his step and stares ahead.

‘Bloody hell, don’t they like their hills?’ Hands on hips, Gloria breathes heavily for a few seconds before starting again.

Eventually they stand on a level path before the graves.

Graves, William reflects for the first time, that have been here for seven years now. Although he’s close enough to touch them, he has the strange feeling that he’s moving further away. The years feel fluid, as if they are draining through him. The emptiness he felt staring at the new chapel starts to inflate, to fill with a lightness that lets him breathe.

Beneath each loop of a headstone are individual memorials; angel’s wings, hearts, open bibles, scripture verses, poems, photographs in gilded frames. He walks slowly, reading everything.

If all the world was ours to give
We would give it yes and more
To see the one we loved so much
Come smiling through the door.

Halfway along the first row, Gloria sits on a bench behind him and blows her nose. William wants to find the grave of the girl with the perfect hand, but he can’t remember her name. There’s a photograph of a smiling boy, hair neatly parted, new second teeth too big and spread out in his mouth. The broken bodies of these children he never knew alive have sat under the surface of his memory for so long, it’s as if they’re part of him.

Yet this is not the memory of the parents, or the community.

It’s his. His and Jimmy’s and Harry’s and the other embalmers’. It’s what binds them together, and what separates them from the rest of the world.

William glances over his shoulder as a woman in a blue coat sits next to Gloria. He turns back to the graves.

‘That’s all right, plenty of room for three.’ The woman chuckles. There is a pause, then: ‘Where are you from?’

‘Near Birmingham, but we’ve been at a wedding in Swansea. You live here, do you?’

‘Well,’ says Gloria, bold and kind, ‘my sympathy for the dreadful losses you’ve had to endure.’

William walks along the row.

A precious flower, lent not given
To bud on earth and bloom in heaven.

‘Why have you come?’ The woman’s voice is gentle. ‘I hope you don’t mind me asking, I just always wonder what brings people here.’

Gloria clears her throat. ‘It’s not morbid curiosity, I promise you. My husband’s an embalmer. He came to help when it happened.’ William doesn’t turn round, but a heat rises in him to hear Gloria call him her husband. ‘He wanted to pay his respects.’

‘I remember them,’ the woman says, ‘a terrible job. A terrible kindness they did for us. Something none of us wanted to think about.’

William stares at the photograph of the smiling boy.

Win a copy of A Terrible Kindness

Three lucky readers can win a copy of Browning Wroe’s debut novel: a celebration of the power of community, love forged in pain and the redemption that comes from deep kindness in the face of terrible loss.

Answer the following question: What colour is the coat of the woman William and Gloria encounter?

Send your answer to Mila de Villiers (mila@book.co.za) together with your name, address and contact details by April 27.

This week: a sweet book on teenage friendship, a heart-racing thriller, and a must-read novel set during the devastating Aberfan disaster
Books
1 month ago

Nancy Richards chats to the author about fact and fiction, images and archetypes in ‘Thrown Among the Bones’
Books
3 weeks ago

Here is an author to look out for in the future.
Books
1 month ago

“It was really hard to read that story about what happened to Raymond. How he had almost 60 different injuries, how he was electrocuted. That it was ...
Books
8 months ago