A coming-of-gender story, a thriller addressing geopolitics and a tale of survivor's guilt set after the Korean war 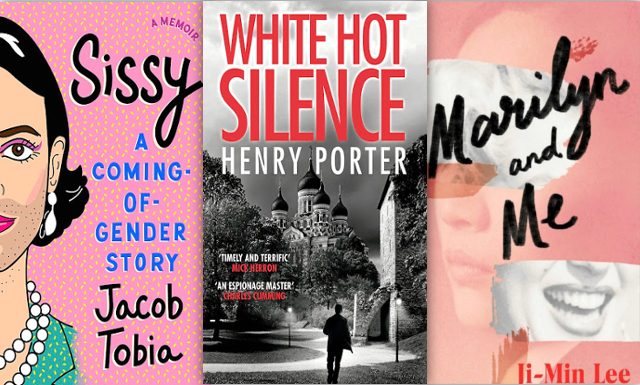 Growing up different in the American South is probably never going to be easy, but for Jacob Tobia, a gender nonconforming activist and writer who uses the pronouns "they" and "their", North Carolina holds a mix of memories. Tobia's memoir, written at the tender age of 27, is startling in its incisive intelligence and humour. Tobia makes it clear right from the outset that this is no usual trans memoir. Recounting a warm but dangerous relationship with high heels and lipstick, a strong Methodist faith, frat boys at Duke University (who turn out to be mostly harmless), and a stint studying queer resistance politics in SA, Tobia gives us a fresh and vibrant look at how a genderqueer life can be lived with honesty, integrity and sass. A remarkable read, showing us a few pavers on the path to a gender-chill world. Russell Clarke @russrussy

Anastasia Christakos, the do-gooder wife of American billionaire Denis Hisami, is kidnapped en route to a refugee centre in rural Calabria. It soon becomes apparent that the goal is not a ransom, but to pressure her husband to hand over explosive information that he holds. Hisami, for all his wealth, is powerless to fight back, jailed by the US for possible terrorist activities. Enter Paul Samson, former MI6 agent and former lover of Anastasia. Coventry-born Lee Child, who has made a considerable fortune penning his Reacher novels, which are set in the US, confidently asserts that British espionage fiction is the best in the world and that "Porter is part of the reason why". It's difficult to disagree. White Hot Silence is satisfyingly nuanced in its portrayal of present-day geopolitics, as well as emotionally subtle in its portrayal of love, lust and loss. William Saunderson-Meyer @TheJaundicedEye

This is not a fictional biopic of a Hollywood legend. It's Korea, 1954, and Marilyn Monroe has arrived to raise the spirits of the American troops and the Korean people. She is assigned a translator, the enigmatic Alice, whose tangled history turns alongside the international star's. Centred on Alice, this is a tale about survivor's guilt, the aftermath of war, and the difficult choices people make when it feels like there are no options. A moving book, thick with layers, it brings out themes and emotions that are larger than the slim volume can contain. Tiah Beautement @ms_tiahmarie

Rosina Sedibane Modiba's untold - and necessary - story, a dystopian read which hits close to home, and a deeply satisfactory revenge thriller.
Books
1 year ago
Next Article