Miché Solomon: 'I grew up fast. Maybe too fast ... I'm wiser about the world now'

An absorbing read about an unthinkable story 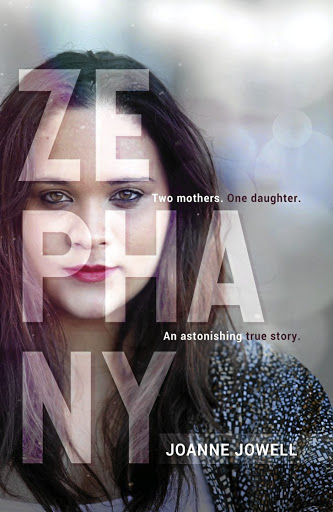 Zephany Nurse's life story is unthinkable it's so far-fetched. Stolen at a mere three days old, her parents spent the next 17 years not knowing where she was.

When her younger doppelganger joined her high school, she felt a sense of affection towards her. Her twinsie, Cassidy, joined her for McDonald's one afternoon and Miché thought it odd when Cassidy's dad "suddenly" appeared, weirdly keeping the cup she had been drinking from.

Then Miché's life changed forever. She was called into the principal's office and told she was the stolen baby from 17 years ago - she was Zephany. As her life turned upside down, the parents who loved and nurtured her are now accused of kidnapping her.

In this book, Miché tells her story. This is her chance to give her version of events, describe her childhood and how she navigated the startling events that turned out to be her actual life. The publicity around the book and its contents have been given extensive media coverage, but don't be fooled into thinking that a few extracts and interviews mean you can skip the book.

Between Miché's emotionally turbulent trajectory from a carefree high-school pupil to now being a single mom of two young children, every page is absorbing. Importantly, in between Miché's story, critical roleplayers who were intimately involved in her case (a teacher, a counsellor, her lawyer and the father who raised her) have been interviewed to create a more thorough account of what happened in the days and years after Miché's life changed.

Miché reflects on her life with poignancy: "I grew up fast. Maybe too fast. I do think it's better that I know The Truth. As much as it hurt. I'm wiser about the world now, and how it operates and the people in it. It's preparing me for other things." @jesslevitt

'Zephany' is a story of what it means to love and be loved, and of claiming your identity.
Books
1 year ago

Miche Solomon's identity was revealed for the first time after a court order protecting it was lifted.
News
1 year ago

I'm not giving up on my biological mom yet, says Zephany Nurse

Zephany Nurse can reveal her identity to the world, the Pretoria high court has ordered.
News
1 year ago