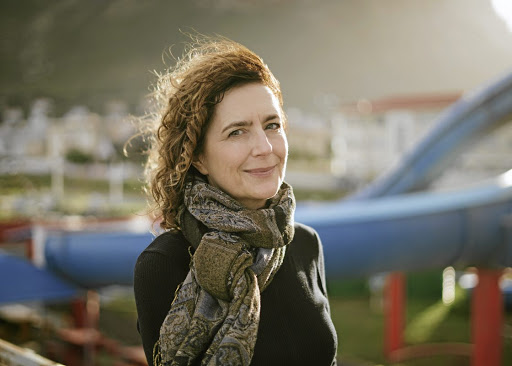 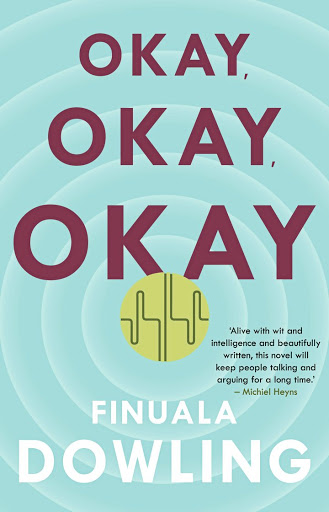 Why are women so easily interrupted? Why didn't Olive Schreiner finish her biggest book? Why doesn't anyone listen? Finuala Dowling's latest novel could have been called Could-have, Should-have, Would-have - Didn't. But she knows her stuff, and Okay, Okay, Okay is much tighter, and also more cunning.

We assume the title's tone is reactive, an exasperated response to annoyance. But it becomes clear as the novel progresses that Dowling is really talking about the loving kindness most of us have trouble showing. Okay, Okay, Okay is also a lullaby, a first response, something soothing to say to a frightened animal or a human in distress.

Dowling's new novel focuses on individuals trapped in waking nightmares - the kind where no one listens. Sometimes the source of the conflict is clear (a university's bureaucratic bullshit), but sometimes it's more nebulous (our own culture, or our own sexual incontinence). It is the hopelessness of her impossible choices that makes the student Siphokazi kill herself - and set Adamastor University aflame with revolution.

This novel is Dowling's first foray into macrocosm. She's known for her beautiful, painful, hilarious depictions of "women's work" - as in Homemaking for the Down-at-Heart - that don't always reach the male half of the reading populace. To see her taking on a major institution is tremendously heartening. From the fragmentation of the very necessary but chaotic #feesmustfall and #metoo movements, we begin to see their long-term import.

The book's characters must all learn to listen: abrasive, generous Vida; humorous, self-doubting Viwe; Simon, who learns that everything he is must be overthrown.

But listening can go too far, trespassing into complete self-effacement. Simon's wife, Miriam, listens too much to other people. Her large-heartedness literally kills her.

Dowling's writerly preoccupation has always been how to stay open, how to stay kind in the face of institutional barbarism and stupidity, without hurting ourselves. Our partnerships, our marriages and families, our businesses and churches and cultures.

Dowling is never stylistically mushy or preoccupied with frilly minutiae. Her themes - like Olive Schreiner's book, written a century ago and running through this novel too - are radical: Who has money, power, access, say? How can we overthrow injustice and still retain what is true? How do we accommodate other people without losing ourselves? The denial of that obvious wisdom is what drives people mad, makes them join fringe groups, torture, kill - or less obviously, makes them waste their income on foolish houses and cars, their shows of public face, while they turn away from suffering. It's tempting to believe the lie because the truth is quiet.

Dowling argues that we must learn empathy: a strength, not weakness. We are kind to others when we understand that we depend on them, and that we share the larger heart of humanity. This quiet resistance comes from unexpected sources, inferior ones - women, the youth, people used to being silenced or ignored:

"Now that Cecily could write, Miriam had lots of Mother's Day cards. One of the earliest ones read: 'I love you Mommy, I love you all bay.' It made her weep thinking of her child's drive towards empathy, contemplating how someone so small, scarcely more than an infant, used every last shred of her newly acquired language ability to say, 'You are not alone. You will never be alone.'"

But being alone and being lonely are different. Often our partners and families and cultures make terrible decisions for us. When these systems have already cost us so much, we are afraid to transform, and risk losing more.

But the reckoning always comes: we must face the consequences of our choices. Writers, especially, keep telling us so. Dowling, quoting Shakespeare, reminds us: "So the faith cometh by hearing" - the same idea that preoccupied Schreiner. If only she had finished her novel!

But Dowling has done it for her, now. Two women's voices, raised publicly at last, in concert. We are listening.

The books included in Kwela’s promotion include her new novel, a collection of her poetry and two new editions of older titles
Books
1 year ago

26 local writers on what it means to be a woman in contemporary SA.
Books
1 year ago
Next Article