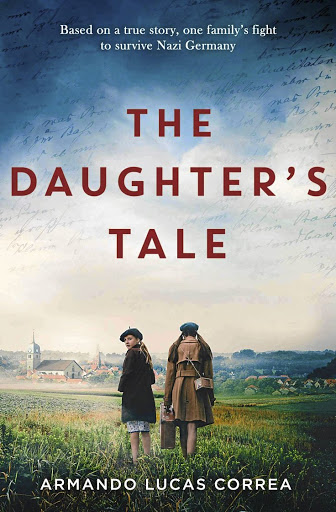 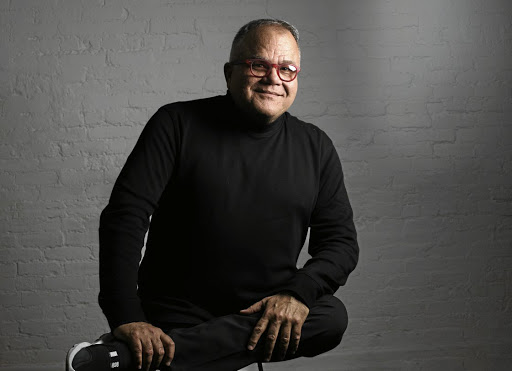 He's quick to tell you too that he is already writing a third novel that also has a link to the St Louis, a cruise vessel that was scheduled to bring more than 900 Jewish passengers from Nazi Germany to Cuba in 1939 but was instead turned away, with only 28 refugees permitted to disembark.

Yet writing the book has done little to exorcise his obsession with this story, says Correa. "It's growing and growing, so there may be a fourth and a fifth novel."

Correa, who is also the editor of People en Espanol, the most popular Spanish language magazine in the US, has been haunted by the fate of those aboard the St Louis since childhood.

"I grew up with this story from my grandmother, who is the daughter of Spanish immigrants," he explains, "and the first time I heard of the St Louis, I was 10 years old, and I can remember her saying: 'Cuba is going to pay very dearly because of what they did to the Jewish refugees of the St Louis'.

"The St Louis refugees were also turned back from the US and Canada. Of the 900 that were sent back to Europe, around 250 went to England and survived. Some went to France and some of them survived. The most affected were those who went to Holland and Belgium. Most of them ended up in the extermination camps," says Correa, who since writing The German Girl has befriended all the existing, now elderly survivors from the St Louis, who were children at the time and had been spirited away into orphanages or the caring arms of non-Jewish locals before their parents were taken by the Nazis.

The memories of one of those survivors, Judith, affected Correa so profoundly he seamed them into The Daughter's Tale, which revolves around a painful choice made by a German Jewish woman in order to save her two young daughters.

Judith was 14 months old when her family took her aboard the St Louis, and was 80 when he first visited her in her small apartment in Kew Gardens, Queens, recalls Correa.

"After being turned away from Cuba, the US and Canada, they arrived in France, where a Catholic family sheltered them until the Nazis invaded. She remembers a Nazi coming into the house and giving her candy and soon after they all ended up in a provisional concentration camp controlled by the French.

"She said she was happy there because there were a lot of children running around free with no school.

"One night her father took her outside the camp to the forest, held her hand and said: 'Look to the top of the trees'. Then another hand took hers and she never saw her father again," says Correa. "And as I sat there, transfixed by her words, we cried together and I knew I had to have that scene in my book because The Daughter's Tale is about when you have to abandon someone to save them."

Give him half a chance and Correa will tell you the life story of every single one of these elderly survivors as well as those who risked all to save them. He says for Judith, Auschwitz is a cemetery. "Every time she goes there she puts flowers because she knows that if her parents are anywhere, they are there."

But The Daughter's Tale was also partly inspired by the 1944 massacre by the Nazis of all the inhabitants of the village of Oradour-sur-Glane in France, which is largely forgotten.

"I'm always trying to bring to life stories we tend to forget. We need to learn from the past. It's easy to say Hitler killed over six million Jews but when you say it was Hitler with the help of Cuba, Canada and the US we prefer to forget. But I now realise that all my books are about the fear of the other.

"I think this is one of my obsessions," says Correa, "because at the end I too am a refugee. And until the day we accept that we are humans but are all different and accept the difference," he adds, "the world's not going to be better." @BronSibree

"Eight days had passed since they’d left Auschwitz on this journey."
Books
3 years ago

Sorrow and triumph, an Auschwitz survivor's journey back to a former hell

Jona Laks could smell the burning flesh as she walked towards death at the Auschwitz crematorium.
News
2 years ago

The operation was called Kindertransport - Children's Transport - and it was a passage from hell to freedom. Kristallnacht had just rocked Nazi ...
News
8 years ago