Siphiwe Gloria Ndlovu’s ‘The History of Man’ is shortlisted for the Sunday Times CNA fiction prize. 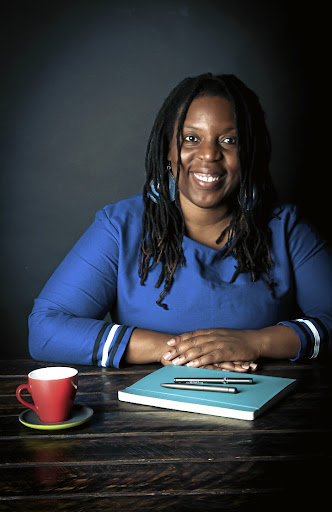 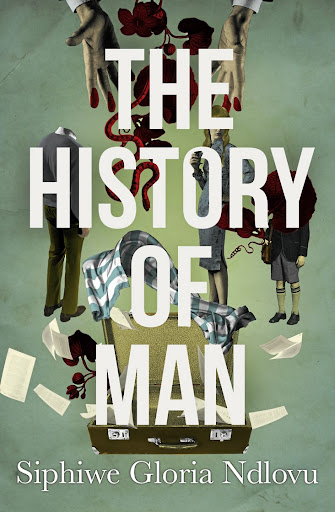 Siphiwe Gloria Ndlovu's The History of Man (Penguin Fiction) is a brilliant portrait of a white, male colonialist seen through the eyes of a black woman writer. Emil Coetzee was a supporting character in Ndlovu's prize-winning predecessor The Theory of Flight, and here she places him in the centre of the story, examining the forces that created this "man of empire".

Siphiwe Gloria Ndlovu on the genesis of her book

We refuse to learn lasting lessons from the past and so history has no choice but to repeat itself. That said, the ways in which it does so are not always apparent and so we sometimes can be excused and perhaps even forgiven for repeating some of the mistakes of the past.

Those of us living through the first three decades of the 21st century have no such luxury. It is obvious, most of the time painfully so, that most things that were wrong then are not quite right now - there is the pernicious persistence of white supremacy, the continued collusion between capitalism and newer forms of colonisation, and the ever-present suffering of the black body through all of this.

While Emil Coetzee as a character has been with me for over a decade now, when I began writing The History of Man I knew that I wanted to tell a story about the colonial past that was also about the postcolonial present. So as I wrote The History of Man, which is a critique of the colonial moment and its narrative, I explored what it was about Emil Coetzee's colonial milieu that not only shaped him but also shaped the postcolonial moment that Imogen Zula Nyoni lived through in The Theory of Flight.

Like most people who have truly loved, Emil Coetzee knew the exact moment that he fell in love for the first time and would remember it always. He was standing outside the government-issued, bungalow-style house with whitewashed walls and no veranda that he called home. His back was against the wall and his eyes were surveying the vast veld - this beautiful and golden great expanse - that lay before him.

It was a windy day that promised rain and the clouds were gathering grey in anticipation of the coming downpour. He peered up at the sky in time to see the clouds part open and let the sun shine through brightly. God's Visit. That was what his mother called this phenomenon. The sun had been there the entire time, hidden by the clouds. Emil marvelled at this always-being-thereness of the sun and then reached his hand up to the sun as if to touch it. The sun disappeared behind the clouds again, but now Emil knew that it was there and felt comforted.

He gazed out at the veld and took in its vastness. The wild wind made the elephant grass sing and swoon before it came and kissed his face. Emil closed his eyes, placed the palms of both his hands against the whitewashed walls, took a deep breath and let the beauty of all that surrounded him enter his body. As that beauty travelled through his body, it turned into something else, and he knew that this thing that he felt in every fibre of his being, this wondrous and rarefied thing, this thing called love, was something that he would cherish all the days of his life.

Emil was six years old when he, at that moment master of all that he surveyed, beheld the veld and fell in love with it. This was to be his first concrete and complete memory. There would be other memories too of the BSAP outpost at the foot of the Matopos Hills, which was where the government-issued, bungalow-style house with whitewashed walls and no veranda that he called home was situated.

He remembered the sundowners that his parents, Johan and Gemma Coetzee, hosted every Friday evening and how his mother, in her black drop-waist dress and red cloche hat, would frenetically flap and flail the Charleston before his father joined her for a foxtrot promenade, while Emil, wrapped and rapt in admiration, happily sipped on lukewarm lime cordial.

He remembered walking into the singing elephant grass of the savannah, losing himself in it, all the while knowing that he had found his true self, that this was his natural habitat. He remembered his black shadow travelling the most beautiful land ever created as he explored the environs of the Matopos Hills. It was at this site that he could find all the heroes he had learnt about in school: Cecil John Rhodes, Leander Starr Jameson, Charles Coghlan, Allan Wilson and the brave members of the Shangani Patrol. It was here at "World's View" that they were buried and memorialised. The Matopos Hills was also the place where the god of the Matabele resided and where, accordingly, they came to ask for blessings, which for them always came in the form of rain. Proud men in loincloths and regal women in beads - rain dancers - would ascend the hills, then for hours there would be the sounds of drumming, stomping, ululating and shrieking, followed by an absolute silence that came before the rain dancers would descend the hills, looking, to Emil, as he watched in wonderment, as if they were carrying the solemn-looking clouds on their heads, shoulders and backs.

But probably the most magnificent of all the things at the site were the San cave paintings that told the intricate story of the hunt, that is, the story of how man and animal moved towards and away from one another in a rhythm that became a dance of respect, honour, love and ultimately death. His father would take him to the Bambata, Nswatugi, and Silozwane caves, hoist him on his broad shoulders and together they would decipher the paintings - writing, really - on the wall. The narratives were realistic and fair, sometimes man outmanoeuvred animal; sometimes animal overpowered man. Emil always imagined himself to be part of the hunt; of all the things in the world, this was what he desired most, to test his might and mettle against that of an animal.

In his dreams, he was something beautifully wild and ferocious. He ran barefoot through the grasslands, carrying an assegai in his hand and knowing exactly when to strike at the heart of the dark, looming creature in his environment. He was a hero and the creature was something out of a fable. When he awoke his heart would be pounding with an excitement that made him jump out of bed and run around the small patch of land that constituted their front yard, yowling and brandishing an imagined weapon as he prepared himself to vanquish the creature of his dreams.

The story of a man written brilliantly by a woman

In her second novel, Siphiwe Gloria Ndlovu gives her protagonist a life story readers will learn from, writes Kate Sidley.
Books
11 months ago

Siphiwe Gloria Ndlovu, author of 'The History of Man' and 'The Theory of Flight', explains her writing process.
Books
1 year ago