Bearing witness to the human cost of forced removals 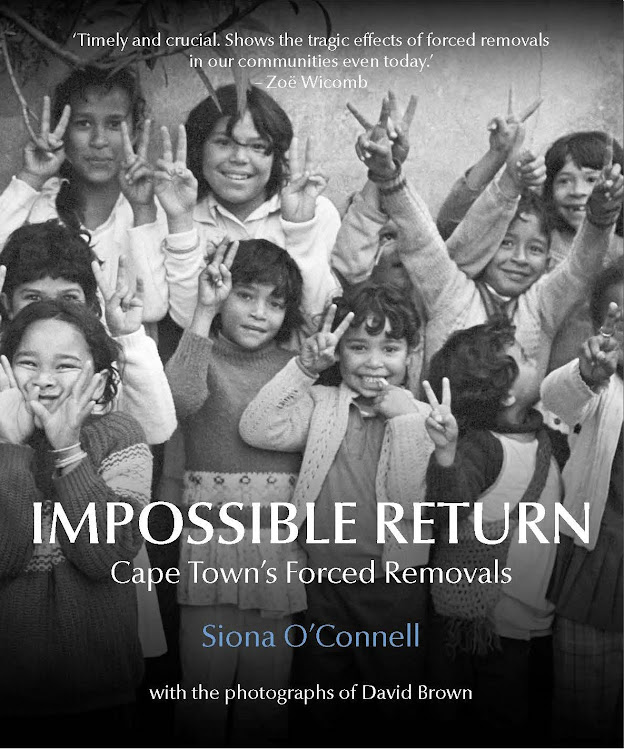 That hurt is still there. We had a good, good childhood there (in Harfield), even though we were poor.

Anger, hurt, loss, rejection ... these feelings are familiar to the families who, in the early 1970s, were forced from their homes in Harfield Village, in Cape Town’s southern suburbs.

Siona O’Connell brings their stories to light. She examines the lost ways of life, and the sense of home and belonging experienced by these families.

David Brown’s images show what life was like in Harfield before the removals, and his images are echoed by recent photos of the same former residents.

Impossible Return bears witness to the human cost of forced removals which echoes down the decades to today.

Siona O'Connell was born in Cape Town and studied at UCT. She has a Bachelor of Fine Arts, Master of Arts and Doctor of Philosophy in African Studies. O’Connell is now based at the University of Pretoria as convener for museum and heritage studies. This programme preserves collections around themes such as history, the human, politics and culture.

"What we have to say is important and we have every right to say it, so let's fight for it together"
Books
1 year ago

Woodstock is among the trendiest suburbs in Cape Town. It is home to one of the best restaurants in the world but is also home to several ...
News
3 years ago

'But when I emerged from that dryer and the swirlkous was pulled off my head … jarre, I became the original 1970s Justin Bieber'
Books
1 year ago

This book is a testament to how the NEF was at the forefront of shaking up the prevailing political narratives on racialism and nationalism.
Books
1 year ago
Next Article