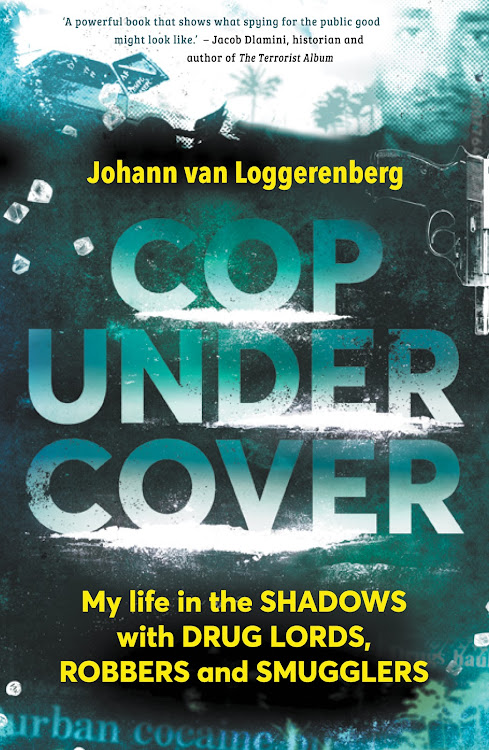 ‘A powerful book that shows what spying for the public good might look like.’
— Jacob Dlamini, historian and author of The Terrorist Album

In the 1990s deep-cover police agent RS536 took on the Durban underworld as part of a new organised crime intelligence unit. He rubbed shoulders with drug lords, smugglers and corrupt cops, and was instrumental in busting an international drug ring and foiling a bank heist, among many other dangerous engagements.

But then, as the country’s new democracy birthed a struggle between the old and the new guard in the police, his identity and life came under threat.

In this action-packed account, Johann van Loggerenberg describes how, as a young policeman, he worked closely with the investigative team of the Goldstone Commission to uncover the “third force” — apartheid security forces that supplied weapons to the IFP to destabilise the country.

He also delves into how and why, at the height of state capture at the SA Revenue Service in 2014, he was falsely accused of being an apartheid spy, a lie that persists up to today. Here, finally, is the truth behind deep-cover police agent RS536.

Van Loggerenberg is the co-author of the best-seller Rogue (2016), Death and Taxes (2017) and Tobacco Wars (2019). After working as an undercover police agent, he joined Sars in 1998 and resigned as group executive: tax and customs enforcement investigations in 2015.

Since then he has been a registered tax practitioner and consultant and researcher to local and international law, auditing and forensic firms, academic institutions and anti-organised crime organisations. He is also regularly called upon by the media to comment on and contribute to content relating to organised commercial crimes.

Stumbling into the third force

One day in early 1990, a particularly cheeky drug user with whom I'd had a number of run-ins at the South African Narcotics Bureau phoned me.
Opinion & Analysis
1 year ago

For former South African Revenue Service (Sars) executive Johann van Loggerenberg, the setting aside this week of the inspector-general of ...
News
2 years ago