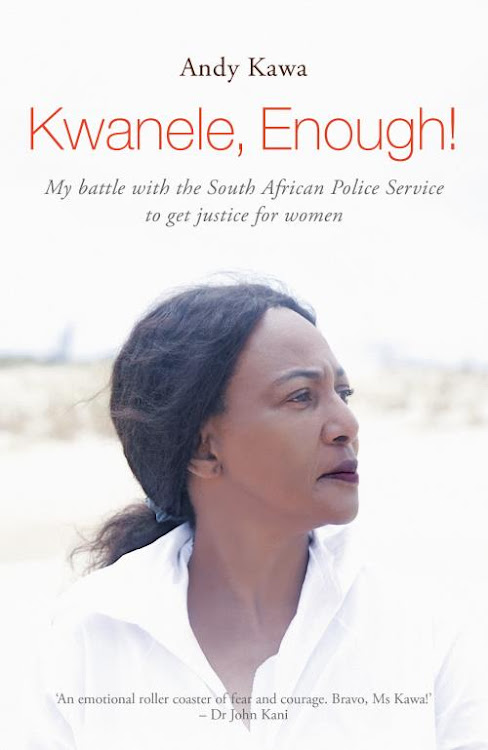 'Kwanele, Enough! My battle with the South African Police Service to get justice for women' by Andy Kawa.
Image: Supplied

Accomplished businesswoman Andy Kawa’s life was changed irrevocably when, on a summer’s day in 2010, she took a stroll on the popular King’s Beach in Port Elizabeth.

Abducted in broad daylight, she was dragged into nearby dunes, and gang-raped.

Her attackers were never caught.

Kawa successfully sued the police for failing to properly investigate the attack. Justice Sarah Sephton found police officers were “grossly negligent” with regard to her case.

The police appealed - and won.

Yet Kawa would not give up her fight for justice. She has begun her appeal to the Constitutional Court.

This is her story.

Kawa is an entrepreneur, director of companies and human rights activist. Over the past 10 years she has focused her energies on advocacy against gender-­based violence. She is an active member of the Africa Leadership Initiative and the Aspen Global Leadership Network.

One half of a powerhouse showbiz couple speaks out about her abuse at the hands of her famous husband in a memoir that is riveting reading, writes ...
Books
1 year ago

'Rape happens to the family too and it nearly broke mine'

Read an extract from 'Under the Camelthorn Tree' by Kate Nicholls.
Books
2 years ago