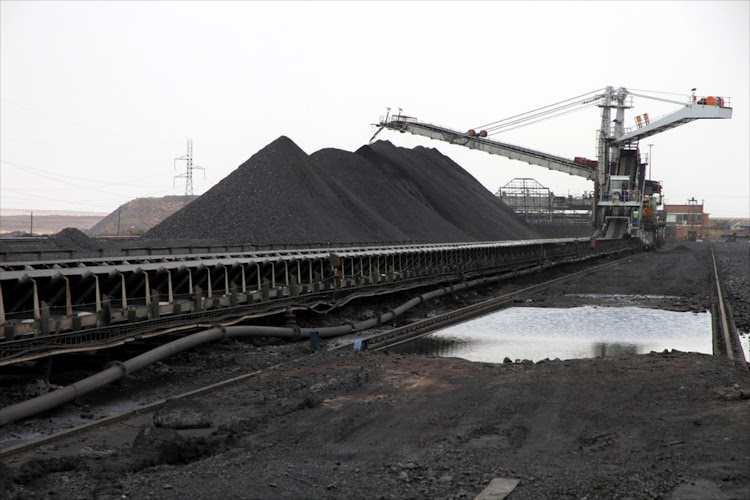 A United Arab Emirates businessman using a Swiss shelf company is investing R2.97-billion to buy the Gupta family's Tegeta mining company, which is under investigation for dubious dealings in its purchase of the Optimum colliery.

Tegeta Resources and Exploration will be sold by Oakbay Investments, owned by the Gupta family, which is close to President Jacob Zuma.

The deal will give the Guptas nearly R800-million in profit - after owning the asset for only 18 months.

The sale of Tegeta follows the sale of Oakbay's media businesses - broadcaster ANN7 and The New Age newspaper - to Lodidox, a shelf company owned by former government spin doctor, and Gupta and Zuma cheerleader, Mzwanele "Jimmy" Manyi for R450-million.

The Guptas are linked in leaked e-mails from one of their company's servers to numerous inappropriate and questionable dealings with high-ranking government and state-owned enterprises officials for enormous financial benefit.

Mineral Resources Minister Mosebenzi Zwane is one of those with close ties to the family.

Oakbay said the Tegeta buyer is Charles King SA, a Swiss company owned by Amin al-Zarooni, described by Oakbay as a "leading businessman in the United Arab Emirates and a highly respected and active participant in global private equity markets".

Oakbay acting CEO Ronica Ragavan declined to answer when asked why, given that Charles King SA has no track record in mining, Eskom would look favourably on its acquisition of the Guptas' Tegeta interests.

According to documents, Charles King SA until now has been a shelf company registered in Switzerland by Ronald Alfred Beau. The company was registered on February 7 2011.

There is no mention of Zarooni being an owner of the company.

Beau has 155 dormant companies and 44 active companies registered in his name, which suggests that his business is setting up corporate entities.

The last change in ownership of Charles King SA is recorded as having been made on August 4 2017.

Leaked Gupta e-mails point to "a close association" between the Gupta brothers and Zarooni. They invited him to visit South Africa in January 2015 as part of a delegation and hosted him at their Saxonwold home for five days.

The visit, according to e-mails between Gupta lieutenant Ashu Chawla and Rajesh "Tony'' Gupta, entailed first-class tickets for an Emirates flight being bought for the delegation. The visit included a hunting trip and a trip to Cape Town.

Did the Gupta brothers convince the South African Revenue Service (SARS) that they earned R1 million or less – three years in a row?
Politics
4 years ago

The Treasury has already determined that the coal contracts awarded to Tegeta were irregular.

In buying Tegeta, Zarooni acquires the Optimum colliery. Tegeta's acquisition of the colliery is cited as a prime example of irregular dealing in former public protector Thuli Madonsela's State of Capture report.

The report detailed how Eskom made it impossible for international mining and commodity trading company Glencore to operate Optimum and then gave Tegeta financial help to buy the colliery for R2.15-billion.

In July the Bank of Baroda said it would close all Gupta accounts by the end of August.

This raises questions about why a businessman with multiple international business interests would want to spend almost R3-billion on a company that is under forensic investigation.

Oakbay said on Wednesday that the sale of Tegeta would take about 12 months to complete. Eskom said contracts would remain in force irrespective of to whom the coal mine was sold.