ANC a no-show as parliament hears of KPMG blues 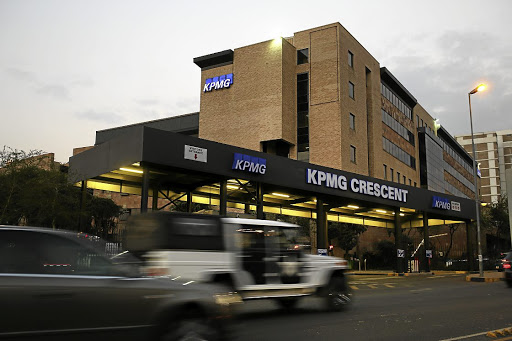 There was not an ANC member of parliament in sight when the standing committee on public accounts (Scopa) kicked off its hearings into the KPMG debacle on Thursday morning.

The blows to KPMG’s business have been unrelenting since it withdrew a report on a so-called rogue unit at the SA Revenue Service (SARS).

The firm is also being investigated by the Independent Regulatory Board for Auditors (IRBA) over audit and advisory work it did for Gupta-owned company Oakbay.

Democratic Alliance committee members Tim Brauteseth and David Ross arrived on time for the meeting. David Maynier of the standing committee on finance also sat in on the hearing. Auditor General Kimi Makwetu was also in attendance.

Auditors' board to fast-track KPMG investigation

The South Africa's audit regulator will fast-track an investigation into global auditor KPMG over work done for business friends of President Jacob ...
Business
3 years ago

“We had chosen to invite you because we believed it was in your own interest for you to use a public platform like this to reassure people that there is still reason for KPMG to engage with the public‚” Godi said.

Godi also urged KPMG to take the opportunity to clarify matters and ease fears that the recent scandals have compromised other work done by the firm.

“On Monday‚ it’s the last day for annual reports to be submitted. The critical question is what our attitude should be towards your work‚ if there is any anxiety around whether your work is the kind of work we can utilise with no hesitation‚” he said.

Scopa member for the ANC Nyami Booi had to apologise for attending a recent briefing by SARS on the KPMG report‚ as his presence gave the impression that parliament was partisan and that the revenue service was being run from parliament.

Even hard-nosed business leaders want to be loved. That’s the message that emerged on Wednesday at the Joburg Indaba‚ where a survey showed that ...
Politics
3 years ago

Denel under fire for refusing to account for irregular expenditure

Auditor-general Kimi Makwetu has expressed concerns regarding the financial audit that auditing firm SizweNtsalubaGobodo (SNG) did on state-owned ...
Politics
3 years ago

The University of Witwatersrand (Wits) has become the latest client to drop KPMG as their auditor.
News
3 years ago

KPMG must do more to salvage its reputation in South Africa, said SA Reserve Bank governor Lesetja Kganyago this week.
News
3 years ago