Stage is set for the revival of Joburg's iconic Alhambra Theatre 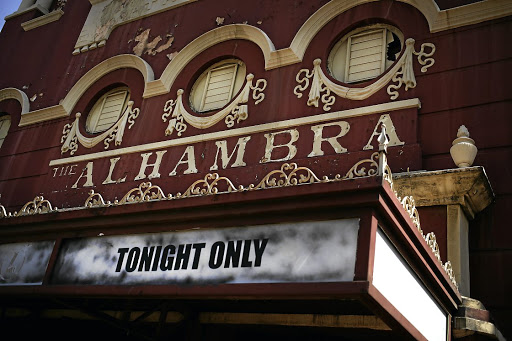 Some TLC is needed to get Joburg's iconic Alhambra Theatre back to its former glory.
Image: Alon Skuy

Like an unearthed time capsule, the Alhambra Theatre in Doornfontein, Johannesburg, opened on Spring Day's eve last week for the first time in nearly 20 years, revealing a dusty, decaying monument to the stage.

It has declared itself ready to become an education-arts hub of music, art, dance, drama and creative expression for high school pupils.

The Alhambra, with its vaguely Romanesque, vaguely Renaissance-style architecture, came into being in 1921 as a silent-movie bioscope. It joined the talking movies revolution before World War 2 but struggled by the 1960s as theatregoers moved further from the centre of town. 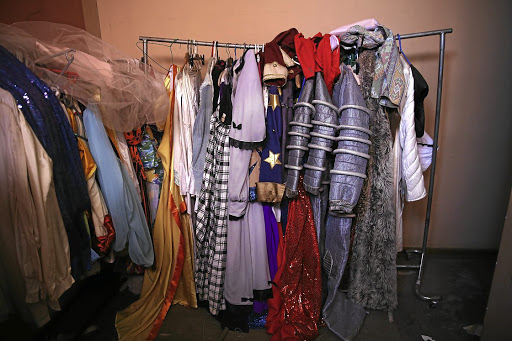 In the 1980s theatre producer Pieter Toerien bought the iconic building for R235,000 as a 37th birthday present to himself.

It thrived for 20 years, but by 2000 the CBD had become, as he writes in the history of the Alhambra Theatre, "a ghost town at night".

Toerien followed the flight north but for 17 years held onto the Alhambra.

Costumes on rails and stage props in boxes were abandoned as they were last used. Slow decay took over everything from grand embossed detailing in the main theatre to peeling paint in shades of baby blue in an upstairs office that was once actor Rex Garner's.

Toerien writes: "Returning every few years, I would stand alone in the empty theatre and hear audiences clapping as hundreds of memories pushed one another out of the way. As the years passed the clapping faded until there was just silence - a heavy silence as the building reproached me for deserting her."

In March Toerien put the Alhambra up for sale with the words: "I hope she finds a new owner who will love her as much as we did."

New Doornfontein, Lorentzville and Ellis Park are experiencing an exciting rejuvenation with an influx of creative new businesses
Lifestyle
5 years ago

The Alhambra has found new people to love her in the shape of Renney Plit, Joe Shibambo, Gordon Cook and Thobile Chittenden.

Plit is chairman of Affordable Housing Company; Shibambo is MD of Hlamalane Projects, a construction company; Cook is co-founder of Vega School; and Chittenden is a social activist. 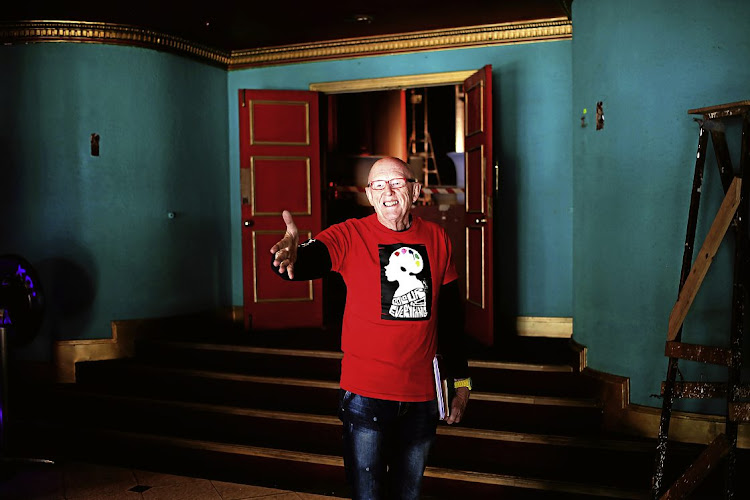 It's going to take about R15-million to transform the Alhambra, says Cook.

"We'll work with whatever organisations or people who share our concern that of 10,600 high schools in South Africa only 7% offer any kind of art subject."

The countdown to their new curtain call, Cook says, is a year. In that time they will develop curriculums, appoint boards and staff and put logistics in place.

Then it will be about breaking a leg, because for the Alhambra - and arts education - the show must go on.

Pizza a la awesome view is how I'd sum up a meal at Treviso Café, writes Ufrieda Ho
Lifestyle
5 years ago

As this lifestyle development nears completion, its contribution to a bold urban vision is coming into focus
Lifestyle
5 years ago