2019 Lexus RC coupé: the more things change, the more they stay the same

The Lexus RC 350 F Sport just got an upgrade, but you'll find it challenging to spot the tweaks, writes Brenwin Naidu 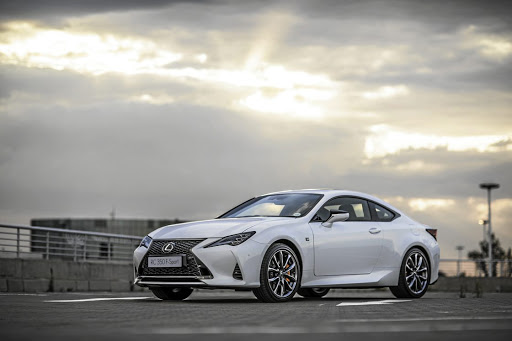 Where exactly would one pinpoint the transformation of the Lexus brand aesthetic? I am inclined to propose that it was the daring LFA of 2010 that spearheaded the departure from frumpy to fantastic. Looking at the earlier stuff, the ties to products from the Toyota division were far too evident. In fact, there were many instances in which badges were merely swapped.

The iconic, first-generation LS sedan? That was known as the Toyota Celsior in Japan. How about the ES? In its domestic market it was called the Toyota Windom. Same goes for the GS (Toyota Aristo) and the IS (Toyota Altezza); identical aside from moniker and of course, a few specification changes.

This sort of thing no longer happens and the distinction between the two brands is quite clear in 2019. And while the manufacturer could never hope to match the sales figures of its German peers locally, its portfolio holds many alluring alternatives for those who want to shun the mainstream.

Case in point: the RC coupé. The new-for-2019 version was launched in SA recently and we spent an afternoon with the newcomer in the countryside of Gauteng.

You cannot confidently say this RC 350 F Sport will give the Audi S5, BMW 440i M Sport and Mercedes-AMG C43 coupé restless nights

Subtle tweaks inside and out are the extent of the changes. You cannot confidently say this RC 350 F Sport will give the Audi S5, BMW 440i M Sport and Mercedes-AMG C43 coupé restless nights. But at the very least, it adds some diversity to the Teutonic domination.

We found that the forte of this Lexus is its assuring cruising ability. The performance of the normally aspirated, 3.5-litre V6 under the hood pales in comparison to the turbocharged units in rivals. It dispatches the car along in an acceptably brisk fashion - not in a way that will get the butterflies in the tummy flapping their wings with greater effort.

The soundtrack is quite endearing, however: filled with bass and conviction. An eight-speed automatic is tasked with shifting the quoted 232kW and 380Nm to the rear wheels.

Now, about those minor upgrades. And they really are minor - bumpier looking bumpers, a sharpened-up grille, a smattering of additional ducts and redesigned wheels. Inside, Lexus claims that the cupholders are more defined … which is tough to prove, really.

Also, a note that there is but one offering in the range, which is this RC 350 F Sport. The pace might be decidedly lukewarm but there is little doubt that this Lexus coupé looks like a million bucks. Good thing, since it costs R939,100.

Toyota Motor's Lexus brand of luxury vehicles was the most dependable name for the eighth consecutive year, while Fiat Chrysler's Fiat brand dropped ...
Motoring
3 years ago

Lexus ES 250 is a smooth operator

The Lexus brand doesn’t have what you’d describe as a big following in SA, where it exchanges punches in the sales charts with offerings from BMW, ...
Motoring
3 years ago