Prince Harry and Meghan Markle arrived in South Africa on Monday September 23 2019. Their first visit was to a church in Nyanga, Cape Town.

Much jubilation greeted Prince Harry and his wife, Meghan Markle, as they arrived in South Africa's so-called "murder capital" for the first of many official engagements they'll be undertaking during their 10-day tour of southern Africa.

The royal couple visited the Cape Town township of Nyanga - infamous as the place where the most murder cases were reported, according to the latest SAPS crime stats - to see the important work being done by The Justice Desk, a non-profit organisation that educates children about their rights, safety and self-awareness.

Music filled the air as the Duke and Duchess of Sussex were greeted by the organisation's staff, dancers and locals.

Harry couldn't resist the joyful beat, prompting him to encourage one of the children he met to join him in a dance. He also stopped to admire a picture that another child had drawn.

The duchess  joined some of the Capetonians in a dance, before distributing warm greetings to others who'd come out to see the couple. 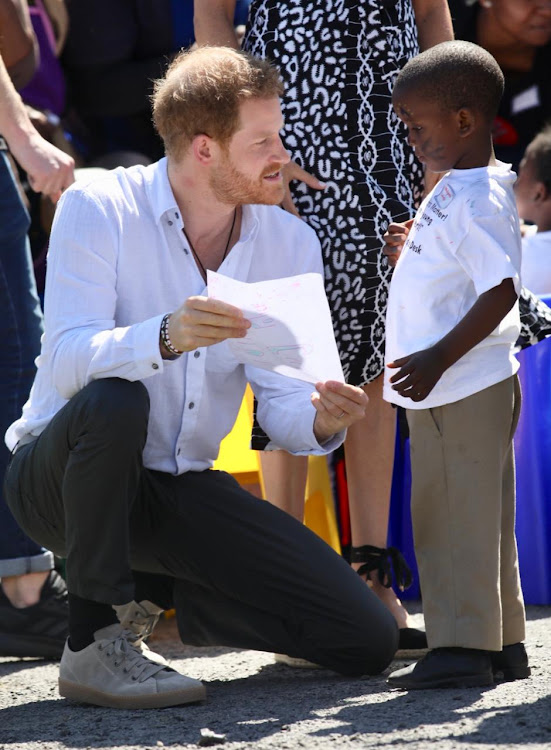 Prince Harry chats to a young boy about a picture he drew during the royal's visit to Nyanga in Cape Town.
Image: Esa Alexander/Sunday Times 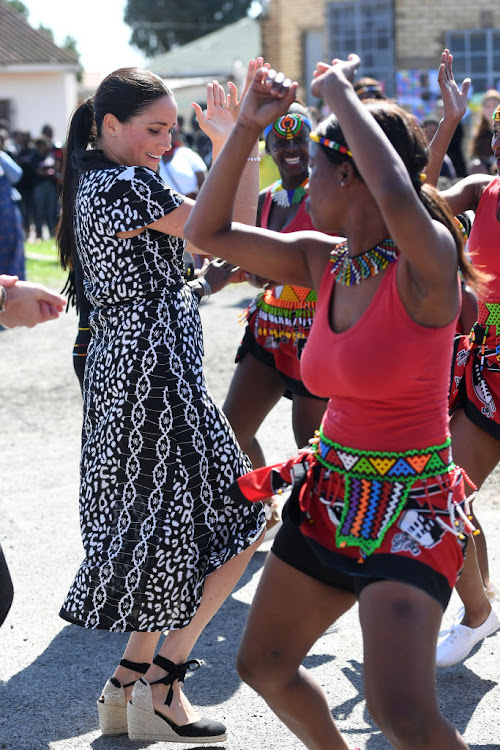 Meghan, Duchess of Sussex, dances during a visit to Nyanga on Monday.
Image: Samir Hussein/WireImage/Getty Images 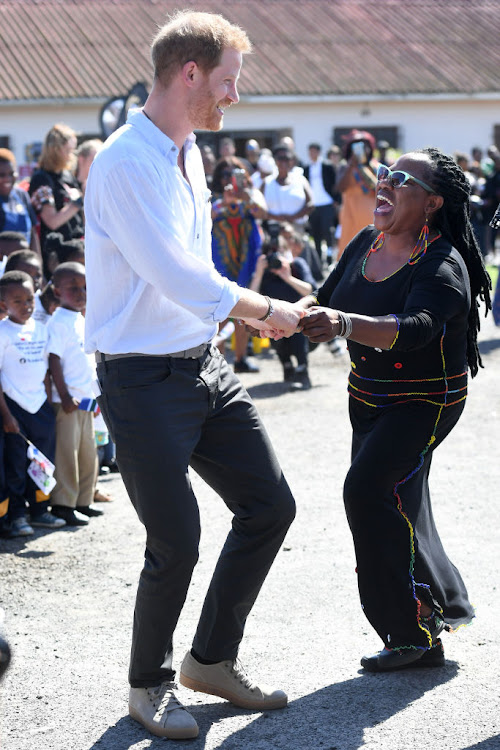 Prince Harry, Duke of Sussex, dances with a member of the Nyanga community during his tour of Southern Africa.
Image: Samir Hussein/WireImage 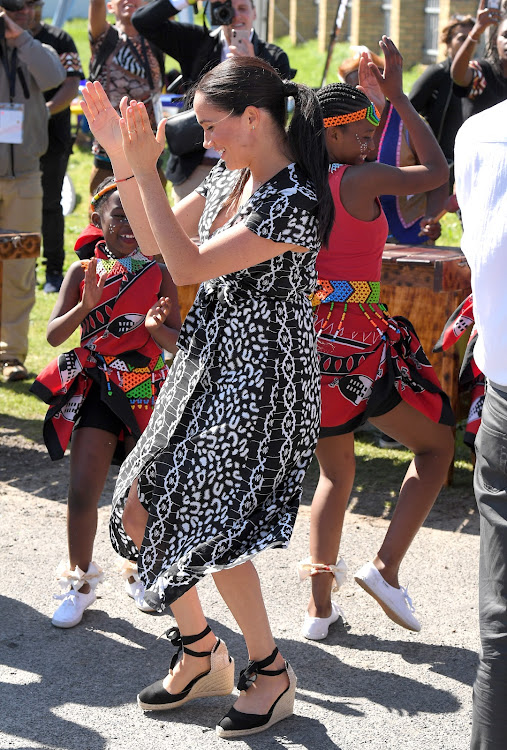 Among other initiatives, The Justice Desk runs self-defence classes for young women in the township - one of which the Duke and Duchess of Sussex got to witness first-hand.

The pair later delivered a powerful speech about gender-based violence.

“No man is born to cause harm to women. This is learned behaviour and we need to break that cycle," Prince Harry is quoted as saying on People.com.

"My role is to defend my wife and be a positive role model for my son."

The duchess added a personal note, telling the audience: "While I am here as a member of the royal family, I am here with you as a woman, as a wife, as a woman of colour."

The royals are coming! Do commoners even care? We asked DJ Fresh & Helen Zille

Baby snaps of Prince Harry's first royal tour. Will we get some of Archie's?

Archie Harrison Mountbatten-Windsor is following in his father, Prince Harry's, footsteps by going on his first official royal tour at very young age.
Lifestyle
2 years ago