There's nothing subdued about the Aston Martin DBS Superleggera

Brenwin Naidu Columnist
The Aston Martin DBS Superleggera takes the place of the DB11 V12 at the top of the ladder in the brand hierarchy.
Image: Waldo Swiegers

The word Superleggera rolls off the palate. Though one concedes it probably sounds more mellifluous when uttered by someone whose mother tongue is Italian. Not by me. In my Joburg Model C school telephone accent describing an initial interaction with the latest from Aston Martin to our lensman ahead of a meet-up.

You might wonder why the quintessentially British brand would have appropriated the moniker. A quick, internet-derived history lesson is in order …

Superleggera means superlight and was the name given to an automobile construction process patented in 1936, birthed by Felice Bianchi Anderloni, who co-founded the Carrozzeria Touring Superleggera coach-building firm 10 years prior.

For the sake of space, we will have to reduce the philosophy to the following simplicity. Step one: use a jig to machine steel tubes of a small diameter to your desired shape. Step two: stretch metal sheets over that skeleton, then hammer into shape for the result.

That made it easier to create bespoke silhouettes - not much manufacturing was required, since the panels were designed to simply rest upon the frame.

This approach is now antiquated, for good reason. No way a structure like this would meet stringent, contemporary safety standards. Not to mention the adhesive compromises and further challenges with mounting suspension components to the tubes that constitute such a body.

Notable classics to employ the architecture include a trio from Alfa Romeo from the 1930s to the 1960s, in the forms of the 8C 2900 Mille Miglia, 1900 Super Sprint and 2600. BMW had the open-air 328. Ferrari, Lamborghini and Maserati employed the theory too. Then there was the Aston Martin DB4 of 1958, the follow-up DB5 and the Lagonda Rapide saloon, which ended production in 1964.

The Gaydon-based car maker has opted to revive the glamourous connotations of the suffix, for use on its new flagship, the DBS Superleggera. It takes the place of the DB11 V12 at the top of the ladder in the brand hierarchy.

So best not to accept the etymology of that moniker in literal terms. But if you were wondering, it weighs about 1,693kg. This is a full-cream, luxurious grand tourer that promises sheer exuberance in performance and aesthetics. Nothing light or subdued about a product whose nemesis is the Ferrari 812 Superfast.

Certainly nothing light, nor even slightly subdued about the brutality one can expect from the twin-turbocharged 5.2-litre, with its dozen cylinders, nestling beneath the lengthy prow. Flabbergasted would be an appropriate word to describe the sensation after the first instance of mashing the power pedal to the floor.

The Superleggera proffered thrust far beyond what was expected. With such a boundless reserve of torque (900Nm) sent to the rear wheels, inducing a loss of traction takes little doing. The power figure, meanwhile, is rated at 533kW. This is all shifted via an eight-speed automatic sourced from ZF, with a mechanical limited-slip differential on duty. The 0-100km/h dash is done in 3.4 seconds.

Off the freeway, with the most aggressive Sport Plus mode engaged, we sought to explore faster sweeps on the outskirts of the province. Chasing velocities that erred on the higher side, solace was taken in the fact that as much as 180kg of downforce could be generated, thanks to the functional aerodynamic accoutrements. 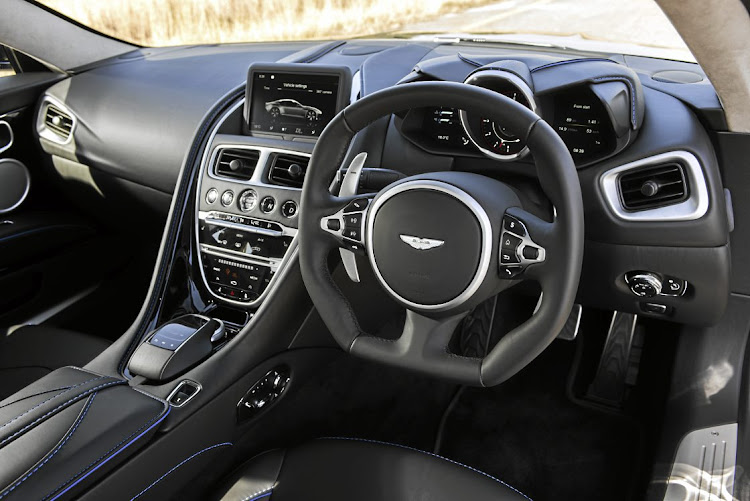 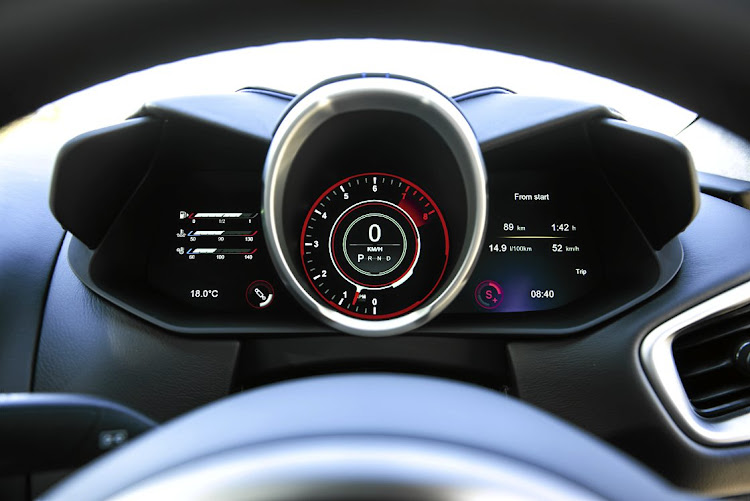 We tapped off at a figure that sufficiently imbued us with confidence in the low-flying ability of the DBS. A figure that led us to believe that attaining the claimed 340km/h top speed would be well within the realm of possibility.

The model can also be had in al fresco, Volante guise, with a fabric top.

If there was one criticism to level at the DBS Superleggera, it is that the acoustics are decidedly meeker, if you were to reference the previous crop of normally aspirated V12 mills by the marque.

Then again, some could have opined that the sheets-over-tubes construction of that old Superleggera method was best. Come and join us in the future, Felice, where we have carbon fibre, bonded aluminium and machines with acceleration times to rival aircraft.

The Toyota GR Supra is basically a re-skinned Z4, but we're happy it exists

Look beyond its BMW roots and you’ll find that the 2019 Supra is far greater than the sum of its parts. We answer your pressing questions about it
Lifestyle
1 year ago

It's been five long years since the Rolls-Royce Ghost last had a slight refresh. Despite this, it remains an outstanding example of engineering
Lifestyle
1 year ago