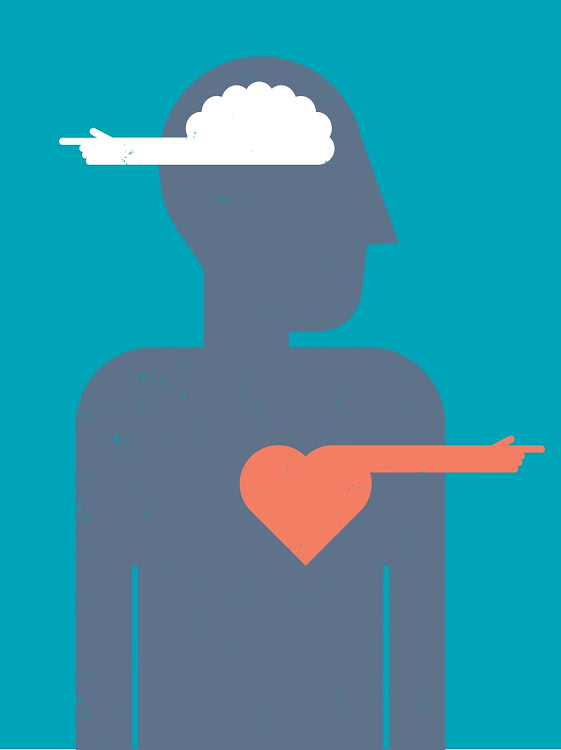 The pandemic is forcing medical professionals to have to make impossible choices.
Image: 123RF/kmlmtz66

In this short story, 'Themba', he puts a face to the masses of medical professionals who are having to leave their families in order save yours during the coronavirus pandemic:

She covered her ears when he began to speak. "Please. I don't want to hear any more!" She kept muttering until he took hold of her wrists and gently pried them away from the bush of white hair that clung to her head. "This is important," he said softly. "You know what a ventilator is?"

She looked hurt that he'd forced her to listen. He shouldn't have done that but he didn't have much time.

"The machine with the pipes that makes you breathe."

She turned to his grandfather in his wheelchair and began pushing him gently back and forth. She spent all day rocking him like this, talking to him incessantly when she was really talking to herself.

"We'll be alright," she said stubbornly.

"No you won't!" He realised he'd shouted and he mumbled an apology. "I'm sorry."

They both stared at him. His grandfather's eyes were large and questioning. It looked like the old man was going to say something and he held his breath in anticipation. Then a cloud of incomprehension passed over his grandfather's face and his anger flared again.

"Look, I've kept a ventilator aside for you. An old one. But it works."

His grandmother's voice rose sharply. "The hospital let you do that? Keep a whole ventilator for yourself?"

She was scolding him like he was 10 years old and she'd caught him stealing peaches from Mrs Sithole's tree.

"It's the only way," he said desperately. "Without a ventilator, you won't make it when you get sick."

"But we're not sick." She turned to his grandfather and prodded him in the belly. "Are you sick, Jabu? You see, he's not sick."

He gritted his teeth and took an envelope out of his jacket pocket and placed it on
the table. "Here. I've written it all down for you. What you must do when you start coughing. Where you must go. In case I'm not able to come ..."

I've written it all down for you. What you must do when you start coughing. Where you must go. In case I'm not able to come

His grandmother slid the envelope away from her. "I said we'll be alright."

"You've not read it," he said. He glanced at his watch and swore under his breath. He'd be late for his shift.

"I know what it says already, don't I Jabu?" She pushed his grandfather's wheelchair harder than before, pistoning him back and forth like the mechanical presses he used to operate. "You see?" she said with a smile of triumph. "Your grandfather agrees with me. We'll be alright."

He slung his rucksack over his shoulder and wondered what he'd say to Dr Forson when he walked into ICU late. With any luck Dr Forson wouldn't be there.

"Promise me you'll read it," he said at the door. He knew she wouldn't.

All of a sudden, a gurgle of manic laughter escaped from his grandfather's lips, twisting his mouth into a look of grotesque amazement. He heard his grandmother call out to him as he got into his car.

"Don't worry about us, Themba. We'll be alright. Go and do your job."

In this short story, titled 'Lockdown', the award-winning author imagines the hell of being trapped all alone in a hotel room for weeks on end
Lifestyle
1 year ago