Look up: the magnificent comet Swan is showing off in SA skies 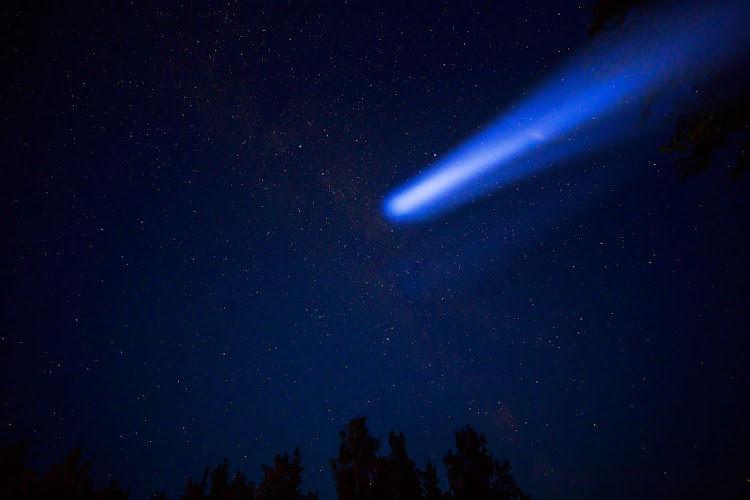 With less air traffic due to travel bans, sky gazers have been enjoying an undisrupted view of the stars. However, stars are not the only celestial treasures worth looking up for: you may also be able to spot a pair of comets during lockdown.

The Nasa website describes comets as “cosmic snowballs of frozen gases, rock and dust”. When a comet's orbit brings it closer to the sun, these materials heat up and form “a giant glowing head larger than most planets” and a tail millions of kilometres long.

Kos Coronaios, of the Southern Cape Astronomy Club, said South Africans should hopefully be able to catch a glimpse of the comet Swan, which is visible now and should remain visible for the next week or so, when it will move on to the northern hemisphere.

As comet Swan moves closer to the horizon, it will appear to be getting considerably brighter with its tail getting slightly longer, granting an even better view, he said. However, Coronaios said comets are very unpredictable.

He said the best time to grab a pair of binoculars and catch a magical sight of comet Swan is in the early hours of the morning (around 3am-4am), before the sky gets too light.

A second comet, dubbed Atlas, should be able to be spotted in SA in the next two weeks. It is now visible in the northern hemisphere, but parts of the comet have broken up making it appear dimmer, so here’s hoping we’ll still be able to see it when it reaches our southern skies.

Heavens opening fast: the latest news in the space-tourism race

Watch this space: exciting projects in the works by SA's space programme

African governments, including South Africa's, are investing in elaborate space programmes, and some interesting results are beginning to emerge
Lifestyle
1 year ago
Next Article