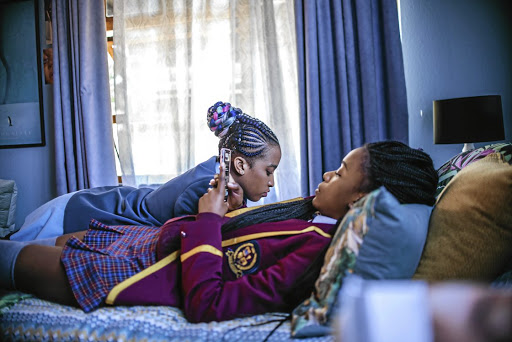 It's been a whirlwind ride for the creators and cast of Blood & Water, Netflix's second original African content drama, made and set in Cape Town. The show has enjoyed much success among its largely young adult (YA) fanbase, from SA to the US, Brazil and beyond since its debut on the streaming platform two weeks ago.

Created by director Nosipho Dumisa and her team at Gambit Films, the series follows the adventures of 16-year-old Puleng Khumalo, raised in a seemingly comfortable Cape Town suburban home that hides a dark secret.

Puleng takes it upon herself to get to the bottom of the mystery - the unsolved disappearance of her parents' other daughter. Convinced that she's stumbled upon her long-lost sister in the form of Fikile, a popular swimming star at a private school, Parkhurst College, Puleng engineers a transfer to the elite institution in order to pursue her hunch. There she finds herself in an aspirational, privileged world of secrets, lies and intrigue, which will turn her life and that of her family upside down.

Dumisa's debut feature film was 2018's Nommer 37, a contemporary South African re-imagining of Alfred Hitchcock's classic Rear Window. She recalls that, following the international interest in that film, she and her colleagues at Gambit were throwing around ideas.

"What we wanted to do was tell a story set in an aspirational world, with a diverse cast and with a mystery at its core, because we love the genre. Netflix wanted to do something similar and so one of the concepts we pitched to them was Blood & Water."

The streaming giant loved that it was set in a YA world. "It's a world they know how to work with pretty well," she says.

The show was shot in Cape Town in winter last year. "We chose this city because we wanted to showcase the beauty of Cape Town and to challenge people's stereotypical perceptions of the city," says Dumisa. "We were specific about wanting to tell a story with a diverse cast and with a lead of colour."

The winter shoot was challenging for the young cast - the show features many scenes set in pools as water is a key element in the title and the show. Arno Greeff, who plays Parkhurst College bad boy Chris Ackerman, recalls: "There were a lot of scenes in pools with actors wearing bikinis and costumes. No-one could tell we were freezing, so I guessed we pulled off some good acting, but there were some moments when I had to get into a pool at 3 or 4am when it was 5° or 6° outside. It was a challenge."

For Thabang Molaba, who plays aspiring rapper and Puleng's love interest KB, the on-set experience and relationship between the young cast was characterised more than anything by the fact that "we all respect each other".

"There were lots of sex scenes. Before each scene we'd take each other aside and say, 'How are we going to do this? Do you mind if I touch you here?' We respected each other as cast members. Everything was discussed and planned."

For some adult viewers who aren't familiar with the more challenging and cross-generational YA dramas, like HBO's Euphoria or Netflix's 13 Reasons Why, Blood & Water may offer a few uncomfortable glimpses into the world of South African teenagers and their attitudes to sex, drugs and each other, but overall it's relatively tame and reserved in comparison to some of its US and European counterparts.

That said, the show certainly offers a satisfying enough glance into the lives of aspirational young adults living in the Mother City under post-apartheid SA. The series's intended YA audience are enthusiastically responding to it on social media platforms.

Gail Mabalane, who plays Puleng's mother, describes her experience since the show's debut: "I'm having to keep up and respond and interact to audiences but the response has been so positive and the love has been incredible. The show has reached the no 1 position in many countries. That's been so rewarding. When you're telling a story on a platform like Netflix you get feedback from countries across the globe. I'm learning new languages because people are inboxing me from around the world." 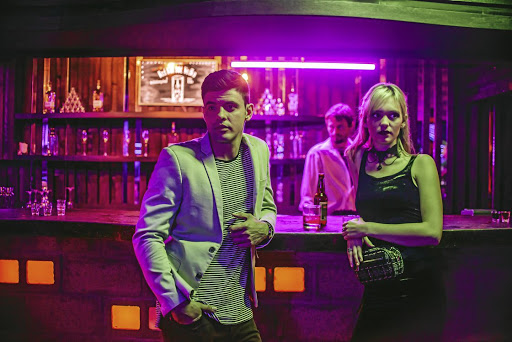 Other members of the cast have been similarly overwhelmed by the international response flooding their social media platforms. "To see them all engaging has been humbling," says Ama Qamata, who plays Puleng.

She hopes the show will prove that African talent deserves to be on a global stage. "We can definitely compete for audiences globally. The fact that it's an African story told by Africans is important. I hope there's a snowball effect and that there'll be more shows coming out of South Africa and that people will invest in African content and creatives."

Hopefully, YA viewers will relate to the six-episode series.

Khosi Ngema, who plays Fikile, believes it's OK to be going through challenging, confusing times. "So many other people are going through the same things," she says.

"You're not alone, these things happen. The story of the series isn't meant to cast judgment. Instead it intends to show what's happening and tell people to talk about what they're going through. We hope the story let's them know it's OK."

• 'Blood & Water' is available on Netflix.

Where is season two Netflix?
TshisaLIVE
1 year ago

OPINION | No need for an open letter, Blood & Water proves the industry is open

We're just looking for talent in the wrong places.
TshisaLIVE
1 year ago