In her latest action movie, the SA-born Oscar winner plays an immortal warrior doing battle to save humanity. She tells us more 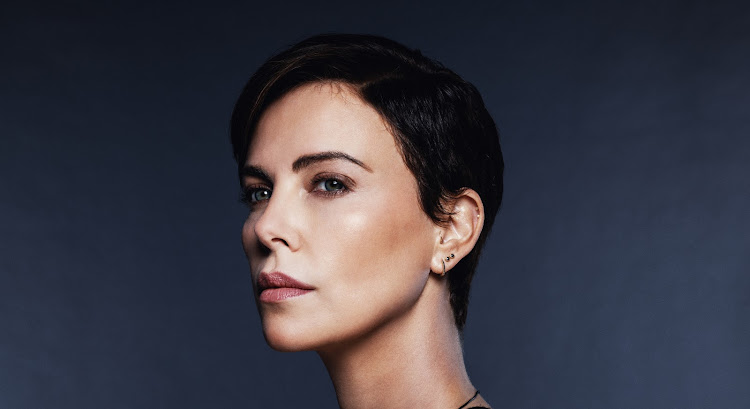 “Sorry, let me just move out of this room. My kid is keeping herself busy over there. I get kicked out the house, I have to go out into the back yard ... Sorry, the garbage truck is coming by, it's so loud ... so sorry, let me try and move away. I can't find a spot ... My God! OK ... this may be a little less loud ..." says the voice on the phone. It belongs to Charlize Theron who, like the rest of the world on this day in early May, is having to balance the requirements of her working life with stay-at-home life in the age of Covid-19.

The Oscar-winning actress and producer is coming off her recent Oscar nomination for her performance as Fox News host Megyn Kelly in Bombshell, the film based on the sex scandal involving Fox News head Roger Ailes.

Now she's trying to find a quiet place to talk about a new Netflix action film, The Old Guard, directed by Gina Prince-Bythewood and featuring Theron (who also produced the film), Chiwetel Ejiofor, Matthias Schoenaerts and newcomer Kiki Lane in a story adapted by writer Greg Rucka from his graphic novel.

It's the tale of a diverse bunch of mercenaries travelling the world together, working towards the protection of humanity from the sins of its own interminable immorality. The twist is that the group all share an ancient and well-kept secret — they're immortal and have been doing their work for centuries. That's until the arrival of a new member and the machinations of a rogue former CIA agent and his big-pharma boss threaten to destroy them and place the world at risk.

WATCH | The trailer for 'The Old Guard'

Theron's made something of a habit of kicking ass and taking names in her work since she won her Oscar for Monster in 2003 — with roles in high budget action films like Aeon Flux, Prometheus, Mad Max: Fury Road and the sleeper hit Atomic Blonde, which she developed from an eight-page unpublished graphic novel into a modestly budgeted $28m film that went on to gross over $100m at the box office in 2017.

Perhaps her love of the genre comes from her memories as a child growing up in Benoni, when her mom and dad loved the Mad Max franchise.

“It was one of our favourite movies, a family thing where we all thought, 'Oh my God these Mad Max movies are just amazing'. I think I watched the first one when I was eight or nine years old and that was pretty cool,” she recalls before adding, “Listen, Chuck Norris and Charles Bronson were my mom's favourite actors, so there you go. That's it.”

Or perhaps her enthusiasm for good old-fashioned skop, skiet en donner material is also informed by her training as a ballerina, which she describes as offering her an entry into telling stories with her body and not necessarily with words.

“I think that intrigue started for me there,” she says.

Theron was given a copy of Rucka's graphic novel by her agent while filming Bombshell. “It had a really nice level of possibility which would enable us to deliver a film in a world that still felt incredibly grounded, in which we could get into deeper questions about humanity. There wasn't just fantasticalness — I think whenever you hear 'immortal', you think, 'Oh God! What does that mean?' But there was something grounded in the fact that these characters were immortal and we could explore the questions that brings up.” 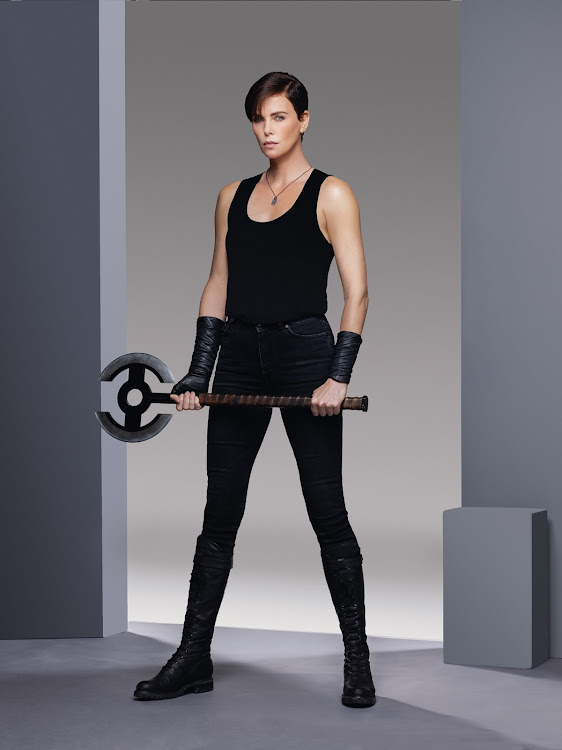 Charlize Theron as Andy in 'The Old Guard'.
Image: Rankin/Netflix

Theron has been a vocal proponent of several political causes close to her heart — in particular the treatment of women in her own industry and more generally in their everyday lives — but she says that when it comes to the projects she chooses, she tries to not make political films.

“I try to make socially aware films. I obviously want to make films that matter to me and I happen to be quite liberal.”

Prince-Bythewood, who comes from the background of US Indie films, where she's made a name for herself with movies like Love and Basketball and The Secret Life of Bees, read Rucka's script and knew immediately that Theron needed to make the film, she says.

She was also taken with the fact that the story featured a group of individuals from different cultures, different genders, even different sexual orientations, coming together to save the world.

Says Prince-Bythewood: “That in itself is such a beautiful thing to put into the world, especially at this time. She also loved the fact that it had something to say about finding your purpose and needing a purpose, which I feel is present in a lot of my work. Despite its fantastical premise, I wanted it to feel real and to be grounded. I hope the audience identifies with the characters despite the fantastical premise.”

Theron is still amazed that she and Prince-Bythewood got lucky in that the material grabbed a lot of great actors, “from Chiwetel Ejiofor to Matthias Schoenaerts, and Kiki Layne is exquisite, she's so good in this film — she's never done anything like this. It was great to share that first experience with her.”

Theron says she and the rest of cast and crew set out to make a film that feels epic and global and big. “We were trying out some new stuff. I think some of the set pieces are incredible. I had to get three surgeries afterwards, so there you go — we left blood, sweat and tears on the floor.”

My life's too beautiful for anyone to pee on my parade, says Charlize Theron

Charlize Theron has gotten an Oscar nod for her role in 'Bombshell'. She tells Margaret Gardiner about how the film almost got canned, and opens up ...
Lifestyle
2 years ago

Prince-Bythewood is keen to point out that the film is the result of hard work on the part of a team made up of many women. “It was amazing to have as many female department heads as we did. Many talented female professionals and directors aren't given an opportunity to work on a film like this, so the fact that I'm in a position to bring some great women with me was incredible.”

She says she hopes that audiences around the world will respond with enthusiasm to the efforts of that team and to her attempt to make a film that can play equally successfully in Cannes and SXSW (South by South West in Austin, Texas): “What I mean is a film with great performances, great actors, that has something to say but also has an element of fun and kick-ass action and great music.”

As a female director of colour moving onto a global, mainstream stage with a film in the action fantasy genre, Prince-Bythewood is also aware of the moment she and Hollywood find themselves in now. “These are opportunities to make good films because success begets success,” she says. “We need to stop seeing it as abnormal and start making women doing these kinds of films a normal thing because we bring something interesting and different to the genre.”

As for Theron, who is working on the sequel to Atomic Blonde, which she hopes will be completed next year, The Old Guard and its release on Netflix represent a new moment for the consumption of mass entertainment.

“It demonstrates that all industries sometimes have to learn in a difficult way. We have to look after each other — we can't just eliminate everything. There'll be moments when we want to have the movie-theatergoing experience but we should also be open to the idea that a lot of people like to watch things at home and there's nothing wrong with that. One isn't better than the other, it's just different.”

And with that, and a quick “Baie dankie, man,” it's back to the kids and the garbage truck and the next round of interviews for Our Charlize.

• 'The Old Guard' releases globally on Netflix on July 10.

Some celebrities in self-isolation are being brattish, others brave. Margaret Gardiner Zooms in with a handful
Lifestyle
2 years ago

I have a very complicated relationship with my beauty, says Charlize Theron