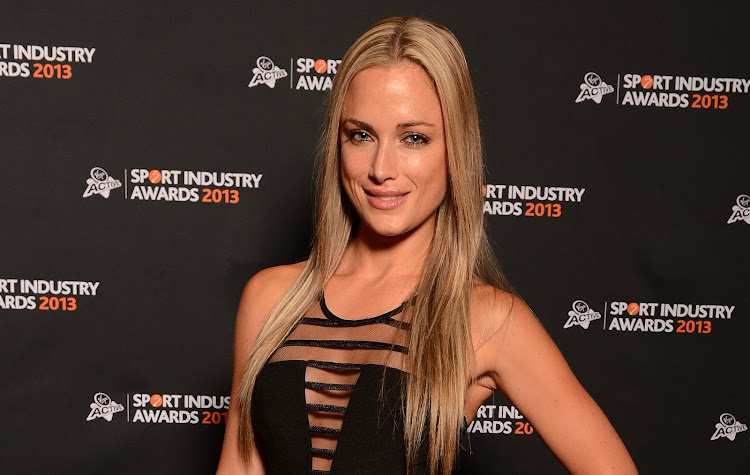 The victim of the Paralympian's crime, Reeva Steenkamp, is all but forgotten in 'The Trials of Oscar Pistorius'.
Image: Duif du Toit/Gallo Images/Getty Images

Let's admit that ESPN's 30 for 30 sports documentary series is one of the consistently best pieces of in-depth sports reporting around. Let's also give kudos to director Daniel Gordon, whose work in sports documentaries has been rightly awarded and acclaimed.

Acknowledging these things makes it frustrating and perplexing that Gordon's four-part five-hour-and-40-minute documentary The Trials of Oscar Pistorius is so disappointingly one-sided, overawed with the tragic Icarus character at its centre and unwilling to do much more than tread well-explored territory in the service of trying, as so many have, to understand Pistorius.

It does little to address the glaring hole at its centre, even if it does occasionally remember to point out its existence. That hole is, as it was in so much of the coverage of the Pistorius murder saga by so many international and local journalists, the story of the woman he shot four times through a toilet door and killed — Reeva Steenkamp.

The majority of the series tracks the already retold story of Oscar — the boy who had his legs amputated but was encouraged by his adoring mother not to view himself as disabled before she died when he was 16.

WATCH | “The Life and Trials of Oscar Pistorius” trailer.

He threw himself almost overnight into becoming a Paralympian sprint legend and then embarked on a years-long struggle to compete against able-bodied athletes, an ambition he achieved and which saw him steal the hearts of the world during the 2012 London Olympics.

Then, in the early hours of Valentine's Day 2013, the world of the inspirational golden boy came crashing down when he fired bullets through a toilet door in his home in Pretoria at what he thought was an intruder but turned out to be his 29-year-old girlfriend Steenkamp.

Gordon gives all the space to tell this story to Pistorius's friends, family, ex-girlfriends, trainers and publicists, who all still believe that in spite of occasional episodes of bad temper and youthful idiocy, Pistorius is an inspiring legend in his own lifetime. Sure, there are interviews with Steenkamp's cousin Kim, friends of her mother, June, and the always eager to talk former bestie Darren Fresco, who testify to Steenkamp's bright, fun-loving warmth. But these are a drop in the ocean compared to the time given to Pistorius's uncle Arnold, aunt Diana, brother Carl and cousin Maria.

The actual murder and its subsequent trial are squeezed into two episodes that don't offer much in attempting to show anything new in a case that was the centre of attention for the world's media. One interviewee proffers that this trial was not a “whodunnit but rather a whydunnit”. The documentary fails spectacularly to shed any new light on the why but revels in spending hours examining the who.

When the BBC recently ran an advert promoting the series, there was a public outcry and outrage from June Steenkamp as the trailer failed to once mention anything about her late daughter, not even her name — an embarrassing oversight that led the broadcaster to pull the trailer and humbly apologise.

After watching this series, it seems the BBC should just have allowed the trailer to play because it's a true reflection of the series. While we may still pause, among all the tabloid glee of the coverage of the trial, to remember Pistorius's victim, her voice is glaringly missing from this story.

In a country where gender-based violence is an endemic and deplorable reality of life for women, silencing them at the expense of glorifying and “just trying to understand” their perpetrators only serves to reinforce the problem.

• 'The Trials of Oscar Pistorius' screens weekly on ESPN (DStv Channel 218) on Thursdays
at 8pm with repeats every Sunday at 8pm, until December 13.

Do prisoners Oscar Pistorius and Janusz Waluś qualify for release?

Convicted murderers Oscar Pistorius and Janusz Walus will not be part of the 19,000 prisoners who will be considered for parole in the next few ...
News
2 years ago

When women called in to her radio show to describe how they were hurt, bruised and battered in poisoned relationships, veteran journalist Iman ...
Lifestyle
2 years ago

'Killer Inside: The Mind of Aaron Hernandez' attempts to uncover who or what is responsible for turning the high-performance athlete into a murderer
Lifestyle
2 years ago

A radical, vocal, feminist man is harnessing the power of social media to stop these women from becoming nameless statistics, writes Alexandra ...
Lifestyle
1 year ago