Lessons from the pointless and important world of TikTok

As the hawks warn us, TikTok may indeed be a danger - not least because it offers so much addictive fun, writes Virginia Heffernan 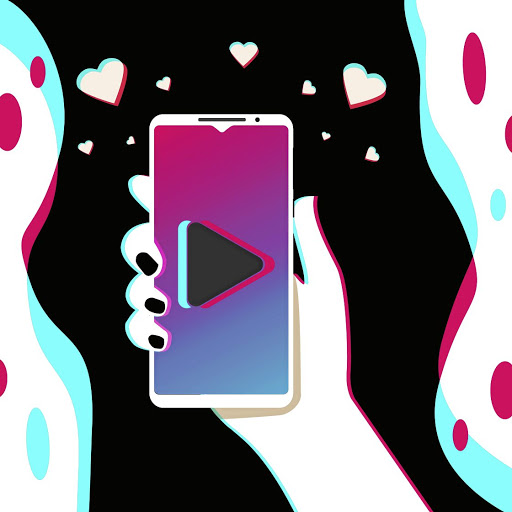 TikTok has 200-million users in India, 80-million in the US and 6-million in SA
Image: 123RF/ddimaxx

The sword of Damocles was hoisted over TikTok last year, as Western governments asked whether the Chinese video app was a threat to national security.

Before our eyes, TikTok morphed into something much more serious than ... well, what was it in the first place, exactly? A platform for lip-synching to Megan Thee Stallion? A library of videos showing the same man falling over in his kitchen?

Those who want to ban it clearly see TikTok as something of great geopolitical import. Though it's made to look like fun, the TikTok hawks warn us, the app is infested with micro-spies from China who may be using our finger-dancing moves to bolster Leninist democratic centralism.

TikTok is indeed dangerous. But the most immediate risk it poses is for adults stupified by the app's appeal to under-18s. The good news if you're not one of these youngsters? You're not as out of the loop as you think: you're probably already using TikTok, because its distinctive short clips mug you from all angles online. As with most data-forfeiting propositions on the internet, you're in too deep with TikTok to get out now.

When I was in graduate school, the department chair insisted that I teach Thomas Pynchon because his apocalyptic, absurdist novels would smoke out a particular cadre of students who were otherwise reticent to talk about literature. TikTok evidently works like Pynchon: it unlocks oddballs who might be inhibited on other platforms.

There are the cryptic idols of K-Pop, with their extraordinary mobilising capabilities: some hailed K-Pop TikTokkers as the kiddie wing of the Antifa resistance in the US after they claimed credit for scuttling a Trump rally last June.

There is Lauren Godwin, a blue-wigged comic who looks like an adolescent Rosie O'Donnell and works in the ascendant "cringe" microgenre. She's been known to crack an egg on her forehead for an audience of millions.

And then there are the pros: telegenic, all-singing, all-dancing teenagers who live and produce content together in vast, flatteringly lit "collab houses".

Yet even these TikTokkers self-spoof with abandon, mugging and prancing about in clown clothes. Often nothing happens in a TikTok except for a brief, witless interplay among teens. Some of the content could be outtakes from Big Brother.

It is this quality, the sense that all of this stuff would have been cut from a proper TV show, that is the point. TikTok is a place for the dross, the cast-off, the feral children. That makes it a welcome break from the uniform prettiness of other platforms.

TikTok's eccentrics remind me of a cake bust of Freddie Mercury created by one of the contestants on the latest season of The Great British Bake Off. The baker did justice to Mercury's unmistakable moustache, but somehow caused his neckless head to slouch lifelessly into the yellow body-cake, creating an effect described by one TV critic as "like Freddie Mercury if Freddie Mercury was a Pokemon with breasts".

Freddie Mercury’s head exploded… but the Dough Must Go On! #GBBO pic.twitter.com/hlEdJpbxKC

If you're looking for the treacly, the sentimental, the rosy and the self-promotional, you want Instagram, home to millennials. If you want the Pokemon-with-breasts send-up of reality, look to the pandemic-era teens of TikTok.

This sensibility has enabled a certain quirky, lo-fi form of comedy to flourish, much of it performed by women.

Meggie Foster is a London-based comedian who spent her lockdown hamming it up to spoken-word tracks by bloviators such as broadcaster Piers Morgan, or Priti Patel, Britain's home secretary. When she mouthed the voice of Prime Minister Boris Johnson, instructing the country to go into lockdown, it was both unsettling and enlightening.

On the other side of the Atlantic, comic Sarah Cooper undertook a similar karaoke, lip-synching to some of Donald Trump's impromptu word jams. In her first video, How to Medical, she ventriloquises Trump's recommendation of intravenous bleach as a treatment for Covid-19. Though the mechanics of the joke are hardly complicated, lip-synch satire feels like something we haven't seen before.

Not long after TikTok was born in 2017, the South China Morning Post warned that the app was "addictive". The newspaper had a point. When I first took it up, a younger friend instructed me not to follow accounts so much as hashtags here and there, and issue some judicious hearts to point the algorithm to my tastes. I now get served up all kinds of female satirists; the feedback loop works. Training TikTok to understand you with as few cues as possible is part of the fun, although maybe I'm training Chinese state security too, which gives the whole project more frisson.

There's also the transgressive thrill of using an app designed to julienne our broken-down attention spans still finer. Scrolling through TikTok definitely feels like something you should not be doing - which means, for now, it's a good leisure experience.

The poltergeists of TikTok may be a trivial nuisance, or they may be a legitimate threat to our brains and wellbeing. Now that Donald Trump is on his way out of the White House, TikTok may avoid being banned in the US. It's hard to say whether they would be the poorer for its loss.

Most TikTok videos are gadflies under a minute long. I see only a tiny fraction of the videos on the site, whose numbers would break every calculator in China and the West. Though TikTok is currently trying to crack down on posts promoting the conspiracy theory QAnon, it hosts plenty of other content that's malign and propagandistic. Most of it just doesn't pay off.

Yet when you find your groove (or rather when the algorithm finds you), the clips are mesmerising and have a strange collective power as a commentary on the calcified poses of television and Facebook.

Confusion about the point of the enterprise has clearly not limited TikTok's appeal - some 500-million people use the app each month. Is it a triviality sillier than synthpop, or a cyberweapon capable of crushing empires?

If you see the world in these kind of clear-cut terms then you probably won't get much out of TikTok, which celebrates irony, play and gorgeous, spontaneous euphoria. For those of us who see the world as a collapsing Freddie Mercury cake, TikTok gets it just about right.

Our beauty editor weighs in on the reserve foundation trend, lash glue full lips and more
Lifestyle
1 year ago

Obsessed with TikTok? Here’s how it can make you serious coin

South African users of the popular TikTok video-sharing app can now make money with their content.
Lifestyle
1 year ago

We think we've come so far since '94 - and yet social media and memes prove the more things change, the more they stay the same
Lifestyle
1 year ago