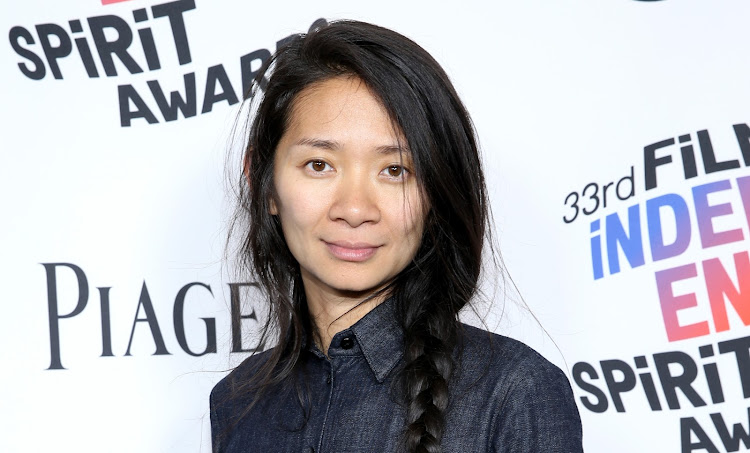 Who is Chloé Zhao and why should you care? If you are a cinephile you may have seen The Rider a few years ago, writer/director Zhao's film about a brain-injured bronco breaker who has to choose between tossing everything he's known and starting over, or continue being thrown by wild horses and possibly becoming a paraplegic like his friend.

It sounds depressing and would be in other hands, but 39-year-old Zhao, born in Beijing, spent years as an outsider, an experience that has allowed her to translate the silent strength and dignity of people who have limited options.

Her time as a girl visiting the steppes of outer Mongolia cultivated a love of stark landscapes and endless horizons against which to set specific tales about people who get overlooked. Her work stews beauty, grace and an empathy for dignity against overwhelming odds.

Though there is little dialogue, we see in her films what the character feels and, as viewers, we become one with them. This magic is evoked in her third film, Nomadland, which is getting critics all excited that a woman and member of a minority group might walk away with best director honours at this year's Oscars.

Nomadland is a lyrical film about people made redundant when their jobs disappear and their financial options run dry. Many find themselves living a nomad-like existence, travelling across America, doing seasonal work - the type of work that happens when businesses like Amazon hire temporary labour to handle the demand of say, Christmas, employing people by the hour for minimal wage and no health benefits just for the season. They get paid, but not enough to pay rent or sustain a "normal" life. When the season is over the workers move on to the next seasonal opportunity, living in their cars and vans.

WATCH | The trailer for 'Nomadland'

Nomadland, based on Jessica Bruder's book Nomadland: Surviving America in the Twenty-First Century, would have you believe that many choose this lifestyle. But you have to wonder whether, under different circumstances, they would elect to live with so little stability and financial security.

The director rebuffs my probe. "Jessica found that a lot of women are choosing this lifestyle for various reasons. Female baby boomers - because there was such discrimination in pay, even if they had a job and weren't housewives - ended up with very little social security, especially after a divorce or when their husbands died. They lost everything they had, their houses, their jobs, their communities, their husbands and sometimes even their children. With few options open to them, they hit the road," she says.

The film captures the journey of one woman, Fern, played by Frances McDormand, as she adapts to nomad life in the vast expanses of rural America. There's nothing saccharine or manipulated about it. Instead of another sad sack story you find yourself identifying with the hard-fought independence she achieves.

Zhao's lens captures the immense liquid visuals of Fern's travels and these images are backed by a lilting score which brings to mind the films of Terrence Malick, who she says is one of her influences - but her style shows more discipline and structure.

Zhao moved to the UK from China before settling in California, and is fiercely protective of her outsider status despite having just wrapped a Marvel super-hero movie, The Eternals, starring Angelina Jolie. And maybe seeing the familiar with an outsider's vision shows us what we take for granted, and what we all long for - a sense of finding and knowing ourselves.

"At the crux of Nomadland is the constant search for the next horizon," she says. "That's part of the creation of America. It's in the bones of not just how the country is constructed physically, but also in the heart of every American. On a personal level, it's the search for self as well. It's part of the legacy of the road. We hit the road because maybe whatever defined who we are no longer exists - whether we lost it in a tragedy or whether we decided that it's no longer who we are. And then we set out to find ourselves and connect at that level, in the search."

Regardless, Nomadland is a film that will carry you away with it as you gaze at the
beauty on the screen. Zhao is a name you should get to know.

The former 'World's Sexiest Man' talks to Margaret Gardiner about his new film, 'The Midnight Sky', his Foundation for Justice, and how his young ...
Lifestyle
1 year ago

'Wonder Woman 1984' is perfect for our times, writes Margaret Gardiner.
Lifestyle
1 year ago