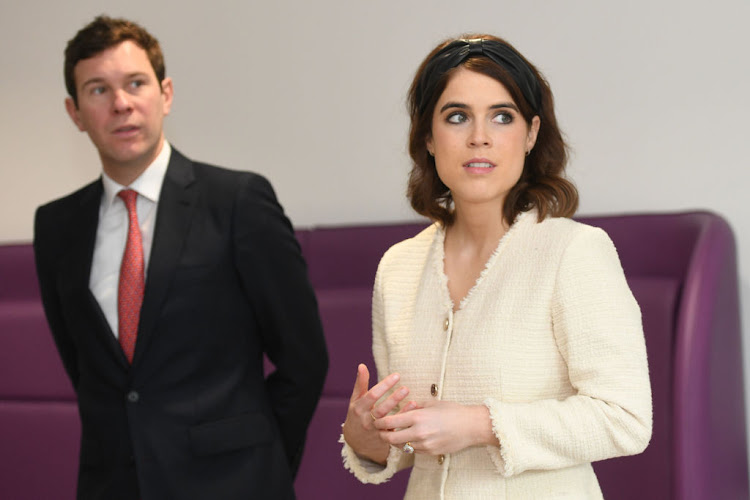 Britain's newest royal baby has made his debut.

Buckingham Palace announced on Tuesday that Princess Eugenie had given birth to a son with husband Jack Brooksbank. The new mom was quick to share a sweet photo on her Instagram account showing her and her hubby holding their little one's hand.

Britain's Princess Eugenie, granddaughter of Queen Elizabeth, has given birth to her first child, a baby son, with husband Jack Brooksbank, ...
Lifestyle
1 year ago

Princess Eugenie is the daughter of Queen Elizabeth's scandal-ridden son, Prince Andrew, and his ex-wife Sarah Ferguson AKA Fergie. The baby is the pair's first grandchild, and the queen's ninth great-grandchild.

Here are some other facts about the latest addition to the Windsor family:

Princess Eugenie may have a royal title, but that doesn't mean her new baby will have one too.

Why not? It's rather complicated and all comes down to a decree issued by one of the princess's ancestors, King George V, in 1917.

According to Time magazine, this decree states that the British sovereign's children and their grandchildren (in the male line) are automatically granted the title of prince or princess. That's why as the daughter of Queen Elizabeth's second son, Prince Andrew, Eugenie is a princess.

When it comes to the sovereign's great-grandchildren, however, King George V declared that only the oldest son of the Prince of Wales’ eldest son would be given a grand royal title.

So, in terms of this rule, the only one of Queen Elizabeth's great-grandchildren who qualifies is Prince George, Prince William's firstborn son and Prince Charles' oldest grandson.

However, in 2012 Queen Elizabeth issued a decree granting the title of prince or princess to all of Prince William's children. That's why his other children, Princess Charlotte and Prince Louis, have royal titles.

Told you it was complicated!

He may, however, still be given a title should the Queen decide to issue one to his father or issue a Letters Patent amending the rules, reports Hello! magazine.

The baby might not automatically qualify for a royal title, but he does qualify for a spot in the succession. He'll be 11th in line to inherit the crown from Queen Elizabeth.

• This article is adapted from one previously published on TimesLIVE

The episode ended with a surprise appearance by the couple's 19-month-old son Archie.
Lifestyle
1 year ago

The fashion police have been sharpening their claws in anticipation of Princess Eugenie's royal wedding. Having often been snapped wearing outlandish ...
Lifestyle
3 years ago

Never one to shy away from an outlandish hat or loud print, Britain's Princess Beatrice often stumbles her way onto the world's worst-dressed lists.
Lifestyle
2 years ago