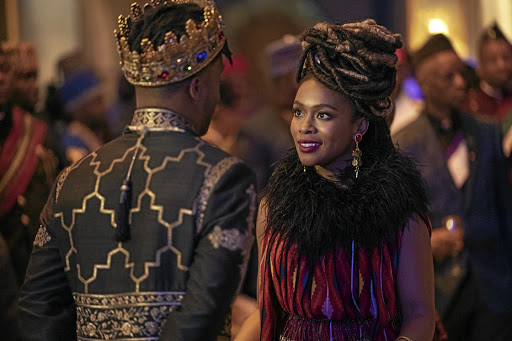 In January 2019, Nomzamo Mbatha — actress, TV personality, UN goodwill ambassador and entrepreneur with big name recognition in SA, lucrative brand endorsements and millions of social media followers — arrived in Los Angeles, determined, she says, not to be fine with being a glorified big fish in a small pond, "but to take a leap of faith and play in the big ocean".

After saving money from her endorsement deals and leaving the cast of the popular telenovela Isibaya, where she'd captured local audiences' hearts for seven years in the role of Thandeka, Mbatha felt it was time to take the next step, even though she admits that it was nerve-wracking. It didn't help that people thought the move was "dumb".

But Mbatha had made up her mind and was driven by the thought that if she wasn't brave, she'd never know how far her dreams and talent would take her.

Laduma Ngxokolo is feeling 'surreal' after seeing his fashion designs in the film's trailer and promises this is just a taste of what's to come.
Lifestyle
1 year ago

She packed her bags, bought the ticket, paid the deposit and the first month's rent for an apartment in LA and arrived, eager to see what life in the big Hollywood ocean would have in store for her.

At first, it wasn't easy, though she admits it wasn't as tough as it is for people who try for years to get a break. But she did experience a culture shock and homesickness.

"I wasn't booking jobs, I was going for auditions and 'go-sees' — I was putting in the work."

Six months in, she found herself deflated and thought, "I'm tired and I don't know if I can keep doing this. I planned to go home and told my manager and my agent, 'You guys call me when there's an audition, I'll fly in for it but I want to be home. I miss everything about home'."

She left, stopping to do a job in Abu Dhabi for the UN before returning home.

As she sees it now, she says, "It's true what they say — as you're about to give up, the call comes."

The call was from her agent informing her of an audition in LA that was perfect for her. While she could send in an audition tape, he recommended she do everything she could to get in the room. She changed her flights and made it back to the city she thought she'd given up on.

"I'd spent so much money coming back to make it to the audition I thought, if I don't get this, this f**king role, I'm going to be mad!"

The role in question was a big deal — a part in the long awaited, much anticipated sequel to the cult-classic 1988 Eddie Murphy film Coming to America. Mbatha auditioned, received a call back but didn't know if she was going to get the role when she returned to SA.

On July 27 2019, her grandmother's birthday, she got a call from her agent telling her she'd secured the part in Coming 2 America.

WATCH | The trailer for 'Coming 2 America'

The film releases globally on Amazon Prime Video on March 5 after a multimillion-dollar deal was struck between Paramount studios and the streaming service to get the film out in spite of restrictions imposed on physical cinema attendance by the Covid epidemic.

Mbatha admits this isn't how she imagined her first major Hollywood production premiere. "In January 2020 I was planning my dress — 'Call Dior, call Prada, call Valentino — tell them I'm here!'" she laughs. But she's happy that audiences around the world will see the film at the same time.

Mbatha plays Mirembe, a young royal barber in the court of the fictional African kingdom of Zamunda. She befriends Lavelle Junson (Jermaine Fowler), a young hustler from the streets of Queens who's been brought to the kingdom to assume the role of royal prince on discovery that he's the long-lost son of Murphy's King Akeem.

Along the way, Mirembe teaches him that part of being a prince is staying true to your origins — a lesson that fits neatly with Mbatha's own history and life philosophy.

Born in 1990 in the township of KwaMashu in KwaZulu-Natal, Mbatha was raised by her beloved grandmother in the often violent and perilous world of the uncertain period between Nelson Mandela's release and the onset of democracy.

She says her late grandmother taught her everything she knows about humility and being a decent human being. But as much as her grandmother sheltered her and kept her away from the dangers of the streets outside, Mbatha believes KwaMashu exposed her to a lot. "It taught me about respecting, loving and accepting human beings no matter what level they're on." 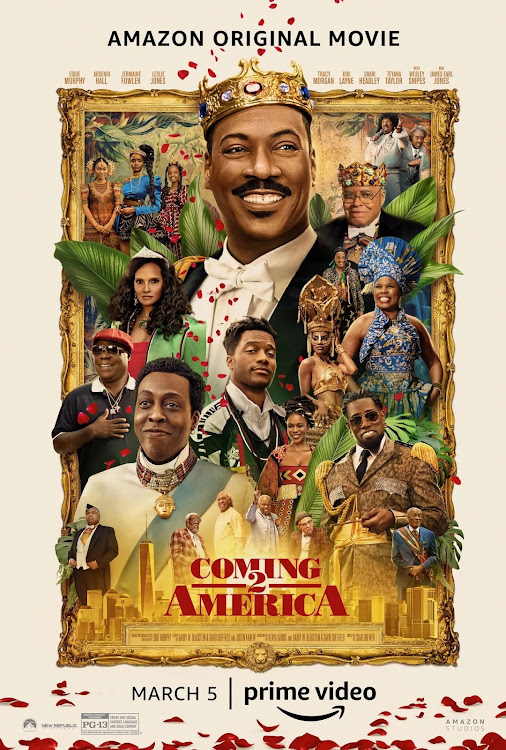 By her own admission, she was always the overachiever, the A-student. She also had dreams of a life where her name would be in lights. She says: "I've always intrinsically known that I was destined for something greater than myself."

When she graduated from high school and had to decide what to do next, she was faced with what she describes as the Shakespearean conundrum of passion versus reason.

"The passion was to be a performer and storyteller — I think it's always been innate in me, but reason told me that kind of life doesn't pay bills and there's no bursaries to take you to UCT, so you'd better find something solid that your family will be able to support."

She went to UCT and studied for a BCom in accounting.

While there, she auditioned for an MTV VJ search competition in 2012 and, well, the rest is history, but she did find time in between the commitments of popular television celebrity and social media stardom to complete her BCom in 2018.

Coming 2 America is a major Hollywood studio production, with a reported budget of $60m (R880m), a sales deal to Amazon of $125m and a cast and crew of more than 200 that include some of the biggest names in entertainment today — Murphy, Arsenio Hall, James Earl Jones, Tracy Morgan, Wesley Snipes and Morgan Freeman — to name a few.

It's not surprising that at moments during the production (filmed at Tyler Perry Studios in Atlanta in 2019) the woman from KwaMashu felt like she was having an out-of-body experience.

She also admits to having impostor-syndrome moments. But she says she had to check herself. "You know what? You deserve to be here. You've put in the work; you've put in the investment to earn this role," she told herself. 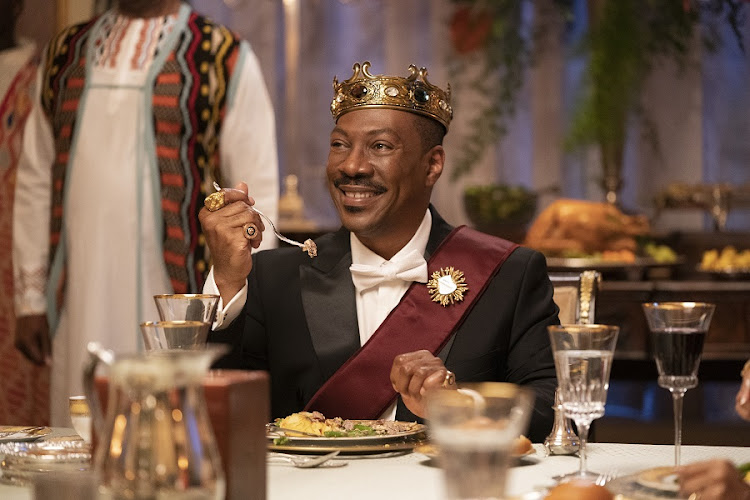 Now she hopes that audiences will love the film and try not to compare it to the original — "Although there are moments that relate to the original and that will make people smile and laugh."

Mbatha hopes that young women growing up under similar circumstances will be inspired when they see her on screen. Her advice to them is: "Be courageous with your life, put fear aside, go against the grain and take a leap of faith. Whether you sink or swim, nobody I know of fails backwards. No matter how big you fail, it doesn't matter if you fail while trying. A lot of people stop and don't take that leap of faith because they're afraid of what people will say about their failure. I'm a horse with the blinkers on. I run my own race, with my own strength, at my own pace and I compete with no one. I do what my heart desires."

She adds: "If any little girl is reading this, I'd tell her to have courage and dare to follow your dreams. Having chutzpah can take you far."

While reprising his iconic role in 'Coming 2 America' is no stretch for this star, the comedian has changed radically since he made the original film
Lifestyle
1 year ago