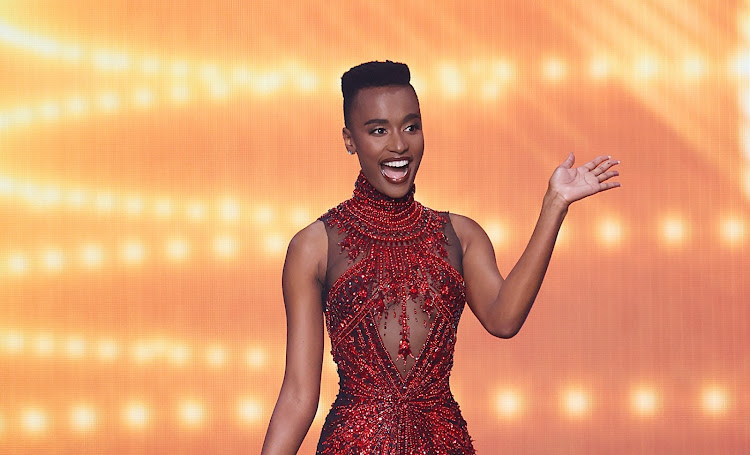 Tributes have been pouring in for the longest-reigning Miss Universe, Zozibini Tunzi, after she handed over her crown to Mexico’s Andrea Meza during the finale of the 69th pageant in Hollywood, Florida, on Sunday.

Tunzi held the title for over 490 days , officially making her the longest-reigning Miss Universe ever.

Tunzi was crowned Miss Universe in December 2019, and her victory made her the third South African woman to win the title.

Reflecting on the journey, Tunzi said it wasn't just hers alone.

“I'm reminded every day that my journey wasn't just mine alone. Thank you for welcoming me into your hearts and walking side by side with me in this important chapter of my life,” she said.

“Once again, may every child who witnessed this moment believe in the absolute power of their dreams.”

On social media, stars such as TV personality Minni Dlamini-Jones and 2017 Miss Universe Demi-Leigh Tebow were among those who wished Tunzi well.

Akho need for Zozi to hand over the crown. What’s the rush? Another year wouldn’t have hurt at all #MissUniverseSouthAfrica #MissUniverse2021

Pardon the camera work.😅@ZozibiniTunzi you looked regal. You stole the show & you showed the world #Mzansi rocks! That #Xhosa inspired number you were wearing, rocked! You looked like a young #WinnieMandela. Thx for honoring those sheroes who fought the struggle & paved ur way. pic.twitter.com/57dlsUbiGr

@zozitunzi Thank you for reminding us that it’s not where we come from or how you look like that makes you a Queen. But it’s all about embodying who you are and facing your power that causes us to become history makers! 👑#SouthAfrica #zozibinitunzi #MissUniverseSouthAfrica

Welldone! @zozitunzi During your reign as miss universe you became our true ambassador you carried yourself with pride and intergrity. Going forward may the opportunity to be miss universe open doors to your desires and dreams for u did become a symbol of hope to an African child pic.twitter.com/QhulcIIKBO

SA’s Zozibini Tunzi passed the Miss Universe crown to her successor on Sunday.
Lifestyle
6 months ago

SA’s Zozibini Tunzi officially handed over “the keys to the universe” to Mexico’s Andrea Meza during the finale of the 69th Miss Universe pageant in ...
Lifestyle
6 months ago

Miss Universe 2019 Zozibini Tunzi was 'feeling all sorts of emotions' when she prepared to crown her successor at the finale of this year's pageant ...
Lifestyle
6 months ago