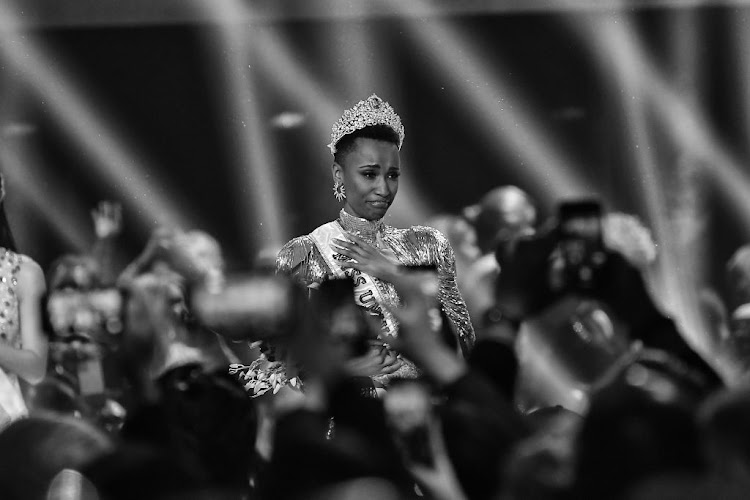 Zozibini Tunzi was the third South African to win the Miss Universe competition, and went on to become the longest reigning Miss Universe in history.
Image: Paras Griffin/Getty Images

Miss Universe 2019 Zozibini Tunzi was “feeling all sorts of emotions” while she prepared to crown her successor at the finale of this year’s pageant on Sunday.

Ahead of the big event, the Eastern Cape beauty queen tweeted that she had been re-watching a video of herself reacting to footage from the night she won.

In the video, Tunzi comments about her responses to the questions she was asked during each round of the competition as she progressed closer and closer to the crown.

Her commentary is funny, charming and refreshingly honest.

The beauty queen may have handed over her crown to this year's winner, but she will 'forever be the landlord of the universe in our eyes'.
Lifestyle
4 months ago

She admits to being terrified host Steve Harvey was going to ask her to sing on stage at one point.

“I was going to have to say, ‘No thank you, Steve’,” she laughs, and said she “felt she could have done better” when answering his question about climate change.

She also weighs in on the crowd’s reactions — “shout out to that lady; she is the hype woman I need in my life” — and reveals what was going through her mind in the moments just before the overall winner was announced.

SA’s Zozibini Tunzi passed the Miss Universe crown to her successor on Sunday.
Lifestyle
4 months ago

The beauty queen reflects on her historic reign, which has been filled with excitement and disappointment.
Lifestyle
4 months ago

As everyone's fave beauty queen prepares to crown her successor, we look back at some of her most memorable outfits.
Lifestyle
4 months ago

Fast facts about this astounding headpiece, plus how to get an Instagram filter that'll let you have your very own beauty queen moment
Lifestyle
4 months ago