Now available in a single and double cab configuration, the 2021 Nissan Navara makes a far more dramatic statement than its meeker forebear 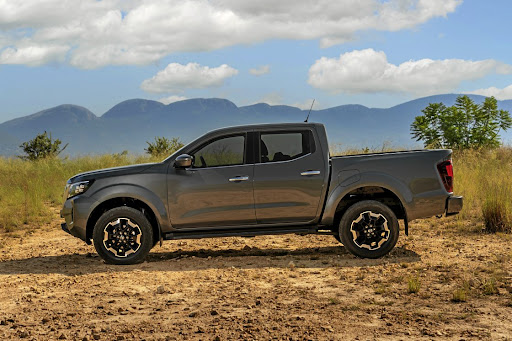 Among the many frightful scenes that unfolded over the last fortnight, rather poignant for a petrolhead was the sight of newly built BMW X3s torched on the N3 highway. Models that were made by the hands of South African men and women at the brand's Rosslyn facility in Tshwane for both the local and export markets.

As a country we have an automotive manufacturing industry to be proud of. Apart from BMW, there are as many as nine global automakers with production facilities on Mzansi soil, including BAIC, Ford, Hyundai, Isuzu, Mahindra, Mercedes-Benz, Toyota and Volkswagen.

And the subject of our evaluation this week, the new Navara from Nissan, is also made right here in Mzansi. The Japanese firm recently started producing the new pickup, which joins the NP200 and NP300 - long-standing staples of commercial motoring - at their facility.

At an event in 2019 the company announced a R3bn investment in the plant to gear up for the latest Navara. It was a shindig that saw President Cyril Ramaphosa in attendance, expressing his delight at the move.

"Automotive is already the largest part of SA's manufacturing sector, contributing around 7% GDP annually and accounting for a third of manufacturing output," he said.

And it was good news indeed, as the expansion also promised the creation of about 1,200 jobs, with the model poised for export to some 45 markets around the continent. Activity was initially expected to begin in 2020 — but we all know how the pandemic derailed plans in virtually all sectors.

Production began in June this year. With a mere 600km on the odometer, our test unit was likely among that first batch that rolled off the line. Unlike the model that preceded it in 2017, the new Navara is now available locally in single — as well as double-cab configuration.

Our car was the two-wheel drive model in upper-grade 2.5D LE specification, with a seven-speed automatic transmission. Your other gearbox choice is a six-speed manual. This LE slots between the SE Plus and top-tier PRO-2X version and costs R606,000. A two-wheel drive SE Plus automatic would cost you R528,000, while the full-cream PRO-2X in this guise is R686,000 — add R54,000 if you want four-wheel drive here. Meanwhile, the entry-level single-cab, with its 2.5-litre petrol motor, kicks off at R311,000. The model list is comprised of about 17 variations in all. 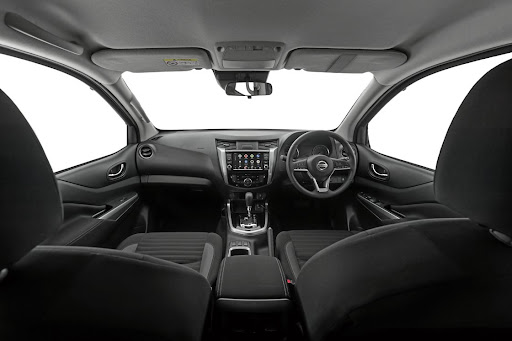 Visually, the new Navara makes a more dramatic statement than its meeker forebear. With a muscly, square-jawed frontal aesthetic, it echoes the profile of the full-sized Nissan Titan pickup, a popular choice in the American market.

The Navara nameplate is emblazoned along the upper section of the grille — the font itself takes on a heavier theme. Our LE-grade version cut a sophisticated profile in "Techno Grey", especially thanks to the 255/60R18 HT wheels, with an attractive, diamond-cut alloy design.

Aside from having a distinctive look, with individual units enjoined in one cluster, the LED projector headlamps are notably bright. The tail-lights were treated to a refresh, while a new rear bumper step ought to make life a bit easier for those who actually use the bed for cargo hauling. And if you do have heavy-duty applications in mind, payload capacity ranges from 981kg to 1,086kg, depending on model.

The new Navara retains the chassis of the 2017 vehicle, with its five-link, coil-spring rear suspension. It was heralded as a game-changer for the genre, usually defined by the robust but rudimentary leaf-spring type. The comfort afforded by the coil option is easily distinguishable in the Navara, which exhibits less of a jiggly, hopping tendency than many of its rivals. 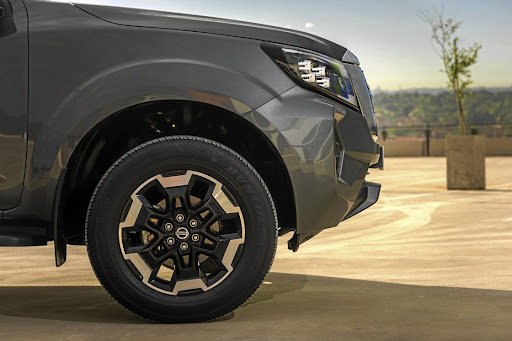 It is possibly the most supple-riding double cab in the country, this side of a Ford Ranger Raptor — which has the advantage of Fox Racing shocks that offer extended travel for hill-hopping capability.

Ground clearance is 221mm, with a wading depth of 450mm, an approach angle of 31.7 degrees and a departure angle of 25.8 degrees. If you are the kind of buyer who fetishises over such metrics, then the 4x4 versions will interest you more. Our 4x2 model relished urban obstacles such as pavement-summitting, pothole-ploughing and the occasional unpaved road. It treks along with confidence while evincing a character that is less agricultural than most vehicles of such ilk.

This sense of greater refinement is partly due to the fitment of additional insulation materials, while the front windscreen and windows are laminated, further expelling noise intrusion. That said, the diesel battle cry of the 2.5-litre, turbocharged motor underneath the tough prow is poorly muted both at idle or when pressing on. But one supposes the inherent gruffness and clatter associated with a hard-working bakkie is part of the appeal. If you want something soft-voiced and genteel, buy a Juke.

It is a strong performer, eager to stretch its legs, with 140kW and 450Nm in reserve. Previously, Nissan used a 2.3-litre displacement engine with twin-turbocharging to achieve these figures. After a weekend of driving around the province, the consumption figure indicated 10.6l/100km.

Although the outward revisions and refinement enhancements are significant, the interior upgrades are less extensive. Aside from a new three-spoke steering wheel, the design and layout remains unchanged. It seems at odds with the modernised and contemporary exterior. Rear passengers get a centre armrest and seats that are purportedly more supportive.

There is no faulting the generosity of Nissan on the goodies front, since the LE has most of the amenities the average consumer in 2021 would want, with minor omissions.

The basics are covered, with leather upholstery (and electric seat adjustment for the driver), dual-zone climate control, keyless entry, push-button start, reverse camera, cruise control and steering-wheel audio controls. While the eight-inch screen does seem a tad dated in appearance, it offers connectivity for Android Auto and Apple Car Play, but lacks navigation, only available in the flagship PRO-2X and PRO-4X models. 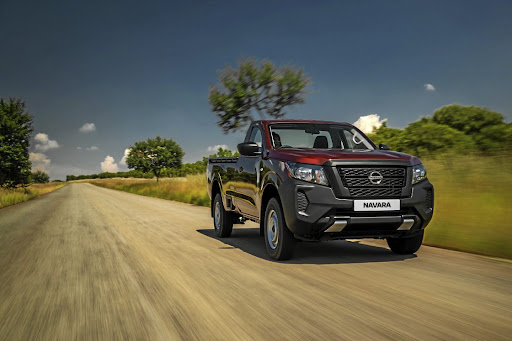 Dual front, side and curtain airbags, plus one to cushion the knees of the driver, are standard from the SE Plus and upward. The LE ups the ante with a forward collision-alert system, blind-spot warning, lane-departure warning and rear cross-traffic alert.

In the past year, the bakkie breed in SA has gained a number of new entries, with more on the way. Great Wall Motors (GWM) launched their P-Series, Volkswagen released the high-output version of the Amarok V6, Toyota updated the Hilux and Mahindra fettled their Pik-Up. Buyers still have the new Mazda BT-50 and Isuzu D-Max to look forward to, plus the eagerly anticipated Landtrek from Peugeot.

Nissan has a solid reputation in the commercial space and has proven its adeptness at catering to the more upscale, leisure-slanted buyer of double cabs too. The new Navara has ingredients that will resonate with shoppers in the category, and unlike its imported forebear, it will pander to your sense of patriotism now too.

The all-new Mazda BT-50 is now on sale in SA. Arriving to take on the likes of the Ford Ranger and Toyota Hilux, this striking double cab bakkie is ...
Motoring
10 months ago

The era of completely independent automobile manufacturers is no more. Virtually all legacy automakers pushing big volumes have merged with others to ...
Motoring
10 months ago