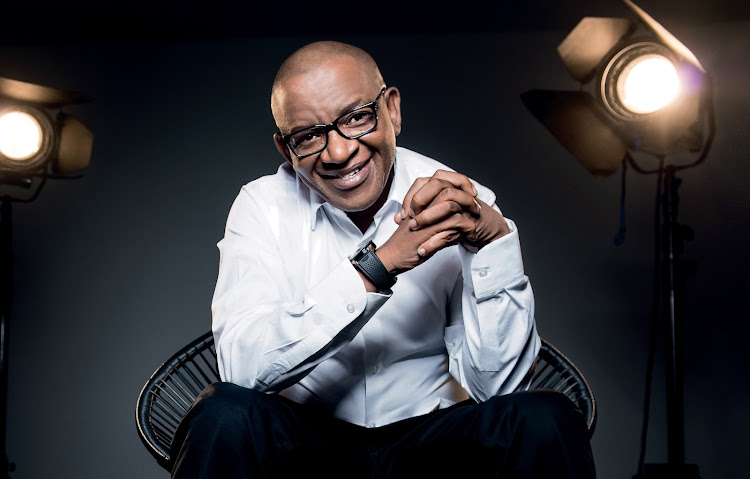 The F word. That's what has kept internationally revered Grammy-winning singer, producer, composer and arranger Lebo Morake going in the entertainment world for almost 30 years. Failure, whether it was being homeless in the US or cleaning church toilets, continues to be one of his most important differentiators.

Life was tough for a 22-year-old Morake in the 1980s, when he called the Los Angeles bus terminal home. This experience in a foreign country made working in clubs as a 14-year-old in Soweto seem easy.

"Failure is what ultimately leads you to deliver your best, as it's part of the learning process. While working as a valet and selling sandwiches, I learnt discipline and focus," says Morake, who is best known for the soundtrack of The Lion King — and that American accent.

Pressure will break you, but you can also use it to your advantage

In a phone conversation, one gets the sense he is very comfortable with hardships, as he sees them as stepping stones to success. The average person would choose the path of least resistance, but Morake is built differently. He sees pressure as yet another way to differentiate himself from his counterparts.

"Whether it was being mentored by musical giants like Mbongeni Ngema, Miriam Makeba and Caiphus Semenya, or being a Soweto boy trying to make it in the US, I used pressure to push me to over-deliver. Pressure will break you, but you can also use it to your advantage. I never wanted to give in to the pressure as I know what poverty is, and it pushes me to excel in what I choose to be involved in," he says.

Now, at 57, he finds himself trying to outlast another potential foe. Global lockdown has prevented him from making a living from theatre shows, live music tours and scoring film soundtracks, which all form part of his repertoire. Luckily he also has a knack for re-invention, and his latest project is a reality-TV show called Lebo M — Coming Home.

It's no secret that Morake's love life has been peppered by controversy — he's been married five times to three women. Once again, he hopes his Midas touch will result in a successful project and family life, but what makes his latest venture even more engaging is that he's not always in control, so failure is constantly knocking.

"The idea of a reality-TV show started when my family and I were in the US for the Viewers' Choice Awards and the crew were filming us for different segments for the awards. Then one of them noted that people only know a certain version of me: the awards, the fame and the perceived success. But there's so much to me than just that," he says.

"Viewers will resonate with some of the scenes which caught me off-guard, as they ended up being quite emotional. One of them was with my son, Tshepiso. It ended up being controversial as we were both so emotional about the topics of his baby boy and his mother.

"I find myself battling with what I refer to as 'a third force energy': Twitter. We're constantly hammered on social media for the way we speak to each other, but we're always just being ourselves.

"Before the Twitterati weighed in on the first episode of the show, I always saw myself and Tshepiso as Mufasa and Simba, but it seems like I have become Scar," he quips, making reference to characters from The Lion King.

The Lion King producer and composer Lebo M has called it quits with his on-again, off-again partner Angela Ngani-Casara after a third attempt.
TshisaLIVE
1 year ago

There are countless variations of reality-TV shows, but so-called "Black Twitter" has added an extra dimension to watching this type of entertainment. These are the same culprits who zone in on the cupcake crumb on President Cyril Ramaphosa's face, produce memes in a matter of seconds and have the collective power to make or break a show.

"It's 10 episodes of genuine emotion where a family is trying to live their lives. We walk on eggshells when it comes to certain sensitive topics and we explode because of others. My relations with Angela, my ex-wife, will also keep people interested. We have to put out so many fires in our lives and this creates a volatile relationship between us," Morake says about the Mzansi Magic show, which airs on Thursdays at 8pm.

Even in the show it's clear that, ultimately, Morake is all about the music, and this runs in his family's blood as well. His daughter, Refilwe, is a budding musician who is trying to carve a name for herself on the South African music scene. She's poised, in her own unique way, to keep the Morake name going in music spheres for another 30 years.

• To celebrate 30 years in the entertainment industry, Lebo M will be releasing a new album entitled 'Moya'. He will also be touring with 'The Lion King', performing in New York and other US cities. Plus, he will be touring 'Lebo M Live' in Taiwan.

The Grammy award-winning songwriter shared a video of his drive around the township over the weekend, saying he had seen "zero mask respect" as SA ...
TshisaLIVE
1 year ago

Lebo M wants SA to get to known him better.
TshisaLIVE
1 year ago