The loved-up duo took their relationship to the next level 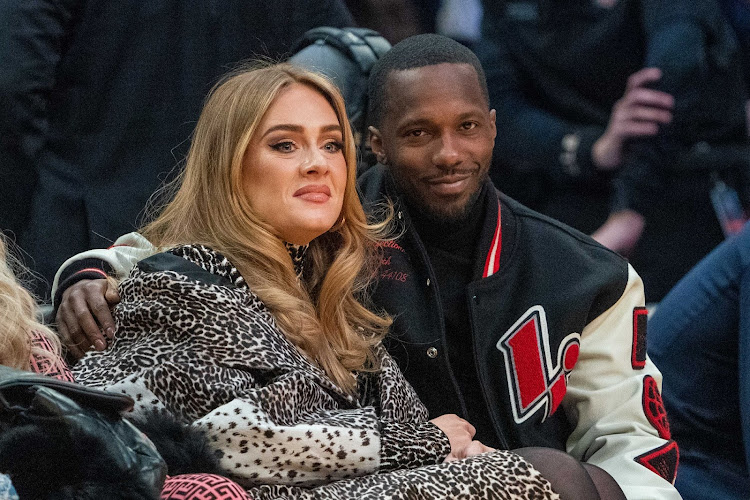 Adele and Rich Paul have taken their relationship to the next level.
Image: Kyle Terada/USA TODAY Sports via Reuters

Well, hello from the other side!

UK singer Adele has shared new snaps of her and boyfriend Rich Paul, including a picture of them outside what appears to be their new home.

The award-winning singer posted a series of pictures featuring the lovebirds on her Instagram on Wednesday night.

The snaps feature Adele and Paul outside the lavish house, with the latter holding a pair of keys, and three more of the loved-up couple out and about.

Next to the snaps is a simple caption, “time flies”. While the Hello hit maker did not confirm that she's moving in with her boyfriend of a year, various media outlets have confirmed the move.

According to Daily Mail, the singer splurged $58m (R940m) on a fourth property, which was previously owned by actor Sylvester Stallone. Adele already owns three homes in Beverly Hills, the site said.

The singer last year spoke about her new romance with the sports agent in an interview with Vogue. The in-depth feature saw the star open up about her new album, divorce from ex-husband Simon Konecki and her weight loss.

Adele told the publication she was happy in her new romance.

Earlier this week, the singer sent fans into a frenzy with the release of a clip of her upcoming single.
Lifestyle
7 months ago

'It was my ride or die': Adele unveils name, release date of new album

Last week she sent social media into overdrive with a clip of 'Easy on Me'.
Lifestyle
7 months ago